K.J. Osborn Is Suddenly Here. And Here to Stay. 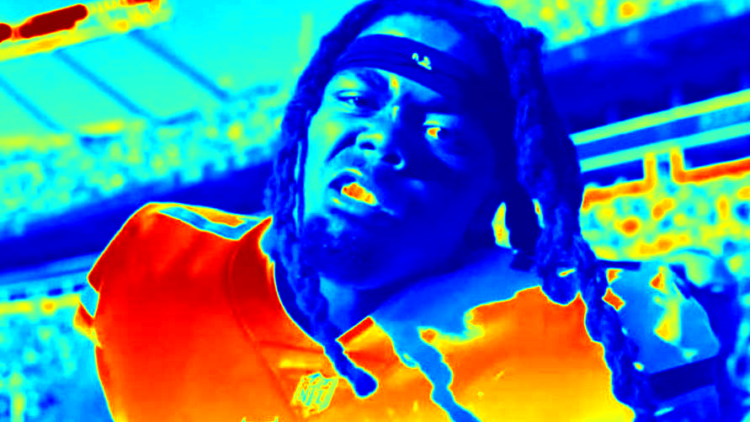 Of regular season proportions, K.J. Osborn authored a “where were you when?” moment for the Minnesota Vikings in Week 6.

The Vikings failed to stop the pulse of the Carolina Panthers on Sunday, allowing Sam Darnold’s bunch back into the tussle after a missed field goal and a blown 4th and 10 situation late in the 4th Quarter.

Five of six Vikings games in 2021 have burrowed down to the final play. The only exception was the victory over the Seattle Seahawks and Russell Wilson — obviously that would be the easy win, right? — as Minnesota has made a customary practice of tight in games in 2021. Mike Zimmer’s team is in a tender spot where they could be a 5-1 team if they didn’t conduct gaffes — or they could be 1-5 if fate truly hated the purple team.

But K.J. Osborn ensured Week 6 was triumphant. He snagged a beautifully thrown pass from Kirk Cousins out of the air, careened the pigskin over the pylon, and personally defeated the Panthers. And then he snarled.

Because that’s what you do on the road when you walk off a 3-2 team with the NFL’s second-best defense.

Osborn, with the help of Cousins, mandated the Vikings will remain in the playoff hunt. The Vikings are now 3-3 entering a bye week but would’ve been lifeless and downtrodden if Osborn hadn’t crossed the goalline on Sunday. The next four opponents are deadly — Dallas Cowboys, Baltimore Ravens, Los Angeles Chargers, and Green Bay Packers — so Osborn’s theatrics were almost desperate requirements to keep a season afloat.

Most Vikings fans knew of Osborn before Week 6. But if the casual brand did not, they assuredly know his name now.

Minnesota has searched for a bonafide WR3 for more than five years after the failed emergence of now-Jacksonville Jaguar Laquon Treadwell.

Search no more — Osborn is that guy.

He caught a season-long 61-yard touchdown versus the best team in football during Week 2. You remember the game — the one where the Vikings should’ve thwarted the Arizona Cardinals. Yet, that was the can’t-finish-the-deal version of the cardiac Vikings.

It’s one thing for a player like Olabisi Johnson or Aldrick Robinson to be a body on the field that can catch footballs. Osborn is considerably more than that. The Miami alumnus is a playmaker, the likes of which Minnesota arguably hasn’t experienced at WR3 since 2009 with Bernard Berrian. That year, Brett Favre’s pass-catchers were Sidney Rice and Percy Harvin to this year’s Adam Thielen and Justin Jefferson. Berrian filled in the gaps for Favre — just like Osborn is doing in 2021 for Cousins.

Here’s the stat of the day on Osborn. It exemplifies the WR3 struggles in the last half-decade — and confirms Osborn’s arrival.

A measly 311 receiving yards takes the cake since the departure of Cordarrelle Patterson. And that’s why Osborn making plays is such a big deal. It’s been a long time for a top-heavy WR team that generally showcases a Thielen-Diggs or Thielen-Jefferson combo.

Excitingly, Osborn is 24. This is the beginning. His ascension also takes a little anxiety out of the possibility of injury to others. If Thielen or Jefferson missed a game or two, sliding Osborn to WR2 for a while doesn’t feel so ghastly. In years past, plopping Olabisi Johnson or Chad Beebe at WR2 was a hold your breath ordeal.

Not anymore. Osborn arrived. And his ingression to the team should be the hallmark of noteworthiness because folks didn’t even know if he’d make the 53-man team in 2021. Osborn was quiet in 2020 during his rookie year, disallowed from any offensive involvement.

But he’s here now — walking off winning teams in away games.