Pump the brakes you wannabe NFL GM, this one deserves a deeper dive.

When it comes to college football, “The” Ohio State University is only matched by Notre Dame and USC when it comes to putting players in the NFL, with all three putting more than 400+ into the NFL.

Only Notre Dame and USC at 13-each, have had more alumni voted into the Pro Football Hall of Fame than OSU, who, as much as I am certain the Buckeyes hate it, they have to share second place with their arch-rivals from Michigan at 10 each.

Speaking of Michigan, some Wolverine fans would have you believe that by virtue of Super Bowl victories you would be wise to draft your QB from their program, but it takes just a cursory glance to see that some guy named Tom Brady is skewing the numbers in a big way and that you would be smarter to look to a different Big-10 program.

No, not Ohio State.

Turns out that since the AFL-NFL merger in 1970, QB’s from Purdue University have started more NFL games than those from any other major program, thrown for more touchdowns and yards, and produced four Super Bowl victories, compliments of NFL Hall of Famers Len Dawson, Bob Griese, and future Hall of Famer, Drew Brees.

It is at this point however where statistics start to fail in the search for a single major college program that has produced consistent success at the most important position in pro football, if not in all sports. But, at the same time, the numbers do make one point crystal clear; if you are looking for success in the NFL at the quarterback position perhaps the LAST place you should look?

Don’t get me wrong, as I said off the top, OSU puts a lot of top-level players into the NFL, but when it comes to the QB position that trend not only stops, it almost seems like Buckeye QB’s take failure at the NFL to a level not seen anywhere else, and we’re not talking about a recent trend, either.

Many young men have experienced the glory of quarterbacking a winning program at Ohio State University, but for a multitude of reasons, the Buckeyes have never produced, or in some cases, were given the opportunity to produce similar results at the pro level.

In 1941 Don Scott led the Buckeyes to a 6-1-1 record and was drafted 9th overall by the Chicago Bears. However, Scott opted for a military career and he was killed in 1943 while on a training flight in England. Ohio State trustees named the university airport in Scott’s honor and he is buried in Canton, Ohio, which is as close as any Buckeye QB has ever come to the Pro Football Hall of Fame without buying a ticket.

Between 1942 and 1974, 8 Buckeye signal callers were selected in the NFL draft without a single one producing a pro career of distinction.
Finally, in 1982 a Buckeye quarterback seemed poised to make his mark on the world outside of Columbus, Ohio, and he did. However, it turned out to be for all the wrong reasons.

In the ‘82 NFL draft the Indianapolis Colts used the 4th overall selection on Art Schlichter, a 4-year starter and Heisman Trophy candidate at Ohio State.

On the field, Schlichter never won a single NFL game, going 0-6 as a starter. Schlichter was so bad that the Colts would draft (and almost immediately trade to Denver) John Elway out of Stanford with the #1 overall selection the following year.

Sadly, Schlichter’s play on the field turned out to be much better than his behavior off it. A drug addict and notorious gambler, Art Schlichter is today in a Federal Correctional Institution in Florence, Colorado, on federal fraud charges for a massive ticket scheme that cost his victims millions of dollars.

While no Ohio State QB since Art Schlichter has operated at that base level of human indecency, cumulatively, they haven’t fared much better on the gridiron.

Mike Tomczak enjoyed a 14-year NFL career and won a Super Bowl ring as a member of the Pittsburgh Steelers, but that was as a backup, and Tomczak’s 42-31 record as an NFL starter is pedestrian at-best.

Kent Graham played for 8 seasons making 38 starts, but the best Graham could produce was 39 TD passes against 33 interceptions.

Bobby Hoying was taken in the 3rd round by the Philadelphia Eagles in the 1996 draft. Hoying was 3-9-1 as a starter over a 5-year career.
Joe Germaine also won a Super Bowl ring, but that was as a backup to Kurt Warner in St. Louis. That said, Germaine probably had the most pro football success of any OSU QB, passing for 5,005 yards for the Utah Blaze of the Arena Fotball League in 2007.

Troy Smith won the Heisman trophy in 2006. Smith started 8 games for the Baltimore Ravens going 4-4 and was out of the league by 21010.
Sadly, the list goes on. Remember Terrelle Pryor? He produced a thousand yard season. Oh, wait, that was as a receiver for the Cleveland Browns.

The Buckeyes actually had not one by two QB’s taken in the 2016 NFL Draft. Braxton Miller was taken in the 3rd round and he was also shifted to receiver before quietly exiting the league, while Cardale Jones was taken in the 4th round by the Buffalo Bills in 2016, Jones was not on an NFL roster this past season.

The Washington football team took Dwayne Haskins in the first round of the 2019 NFL Draft. Haskins lost QB competition to NFL journeyman Case Keeenum before Alex Smith recovered from a gruesome leg injury to reclaim the job.

Haskins threw 7 TD passes against 7 picks while going 2-5 in 7 starts as a rookie. This past season Haskins was released by Washington for, among other things, breaking Coronavirus protocol and was recently signed as a free agent by the Pittsburgh Steelers.

Which brings us back to Justin Fields.
Is it fair to put the past failures of other players on Justin Fields? Probably not. But, this is the NFL, which we all know really stands for; “Not For Long”, so, if you’re asking me to be the guy to bet my team’s future on a QB from a program that has yet to produce even one better than average NFL starter, I’ll pass.

I don’t care how Fields does in drills on his pro day or at the combine, I don’t care how he does in the interviews with other teams or what his time in the 40-yard dash is, if I was Rick Spielman I would be running even faster, in the opposite direction. 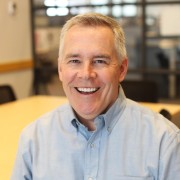 In 2021, Vikings Really Do Have “One Shot” to Get This Right

For Vikings, Harrison Hand Wins the Month of June