Justin Herbert Wins Rookie of the Year Over Justin Jefferson 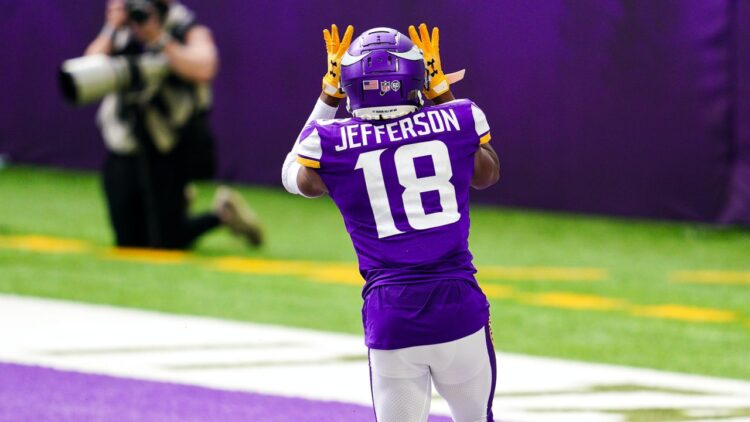 Image courtesy of the Minnesota Vikings

Following the 2020 regular season, there were two players in the running for the Rookie of the Year award: Justin Herbert and Justin Jefferson. Herbert won the award on Thursday after an impressive rookie campaign where he threw for 4336 yards, 31 TDs, and only 10 INTs while completing 66.6% of his passes.

Herbert went into the season expected to be Tyrod Taylor’s backup, but those plans changed when a team doctor inadvertently punctured Taylor’s lung during a pregame procedure. The rest was history as Herbert set a number of rookie QB records, including passing touchdowns (31) and total touchdowns (36).

While his season is certainly worthy of recognition, it is a shame that the award didn’t go to Justin Jefferson. Of course, this is a fan voted award, so the most popular player is always going to win. It’s simple, a quarterback is going to win a popularity contest.

It’s also notable that his production was done alongside another Pro Bowl receiver in Adam Thielen and All-Pro running back Dalvin Cook. Not to mention, he really only put his production in during the final 14 games of the season due to his being listed at WR3 for the first two games.

There is still a chance for Jefferson to go home with some hardware this season as the AP’s Offensive and Defensive Rookies of the Year will be announced Saturday night at the NFL Honors Presentation.