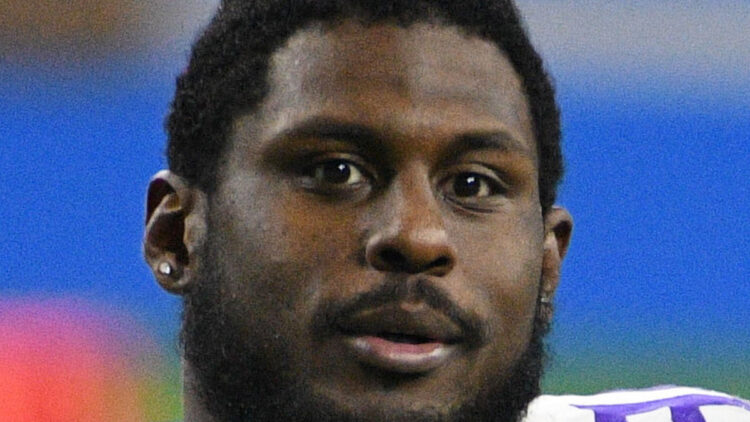 If Minnesota Vikings enthusiasts were discontented with the 2020 defensive line, the 2021 season is conflating a brand new rendition inside the defensive trenches.

The final piece [for now] to the wholesale refurbishment was vivified with a tweet.

Johnson spent the pandemic season at the three-technique DT position for the Vikings. He was thrust into duty by the domino effect of Michael Pierce opting out because of the coronavirus. Johnson — ordinarily a DT2 type — shifted to 3DT1 as Shamar Stephen [the announced 3DT before Pierce opted out] moved over to nose tackle.

Playing 61% of all defensive snaps for Minnesota in 2020, Johnson notched a Pro Football Focus grade of 35.3 — which is abominable by PFF standards. He will now compete with defensive tackles Ross Blacklock and Maliek Collins inside Houston’s 3-4 defense for playing time.

The Vikings signed Dalvin Tomlinson, 27, from the New York Giants during the first week of free agency. Barring injury, Tomlinson will be the undisputed three-technique DT for Minnesota in September. His 2020 PFF was 75.1 — nearly 40 points higher than Johnson.

Johnson was the last hanging thread of defensive line normalcy for the Vikings from 2020 to 2021. Last season, head coach Mike Zimmer predominantly featured this line:

That foursome is officially extinct as of yesterday.

Odengibo trekked to the Giants — along with tight end Kyle Rudolph — last month. Shamar Stephen signed with Denver Broncos — a reunion with general manager Geroge Paton — a few days ago. And Holmes enters his final contractual year, but is unlikely to start in 2021.

Why? Because Danielle Hunter is back from a neck injury that sidelined the Vikings EDGE rusher for all of 2020. Plus, Stephen Weatherly “came home” from the Carolina Panthers and figures to be in the plans for the team’s starting RDE spot. In the middle of the line, all signs point to Pierce returning — for his very first season with the Vikings.

Ergo, the new foursome will resemble this:

The “new guy” sentiment piques interest, indeed. Minnesota owns the 14th pick in the NFL draft, which occurs in three weeks. Most draft heads hypothesize that general manager Rick Spielman will either select a stalwart offensive lineman or a terroristic pass rusher to pair with the aforementioned Hunter.

If the latter is accurate, the Vikings would target Kwity Paye from Michigan, Gregory Rousseau from Miami (FL) — or Rousseau’s Miami teammate, Jaelan Phillips.

The EDGE rusher decision would be welcomed with open arms by most.  Per PFF, The Vikings finished 2020 as the worst team in the industry via rushing opposing quarterbacks. As in — 32nd out of 32 teams.

Ben Linsey of PFF wrote about the Vikings pass rush:

“The Vikings lost their starting edge tandem from the 2019 season of Danielle Hunter (to injury) and Everson Griffen (to free agency), and they struggled to replace that production in 2020. The only player on the team with more than 25 pressures was Ifeadi Odenigbo (42), and their team pressure rate of 21.6% ranked dead last over the course of the regular season. That was just part of the story for a Minnesota defense that parted ways with many of their starters this past offseason.”