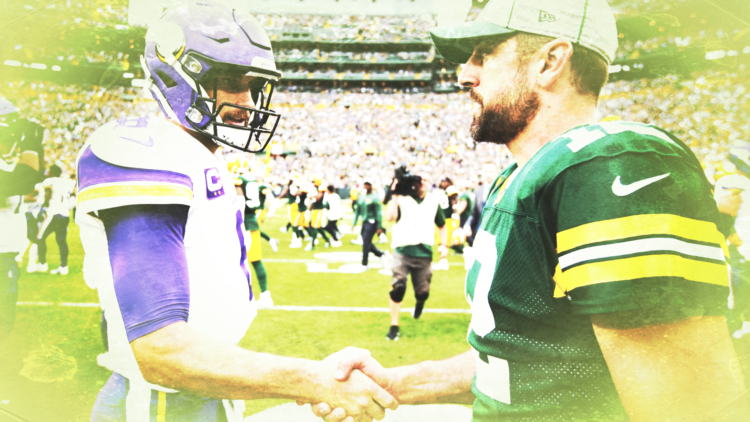 Do you remember in the summer when Kirk Cousins’ vaccination status dominated the Minnesota sports market? Even outside of Minnesota, the Vikings quarterback took on the poster-child role for players opting out of the COVID vaccination.

The Vikings ranked at the bottom of the league for “vaccine percentage,” and the working theory suggested the team’s leaders were indirectly orchestrating the low percentage. Call it a filter-down deal. And because Cousins is the QB1, he was tapped to speak on the topic.

He was unwavering, even when the Vikings brought in medical experts to educate the team. Cousins remained – and remains – unvaccinated against the coronavirus. He was cast as “one of the few” to steadfastly refuse the vaccine, outwardly defying the efficacy of science and medicine.

In the end, Cousins had a choice, and he preferred nothing to do with the vaccine while remaining committed to masking and enhancing NFL COVID protocols. The news cycle on the topic climaxed when Cousins stated he thought about surrounding himself in plexiglass rather than getting the shot. It was a wild couple of weeks.

Well, on the other side of the Mississippi River, some 300 miles – Green Bay Packers quarterback Aaron Rodgers wasn’t vaccinated either. But Rodgers escaped the Cousins-like wrath by using semantics to imply he did get the vaccine when he, in fact, did not.

This is the receipt from Rodgers affirming his vaccination status:

And then here’s the breaking news from today – Rodgers has COVID and is unvaccinated:

Thankfully, Rodgers is young, healthy, and athletic, so the virus should not affect him like the vulnerable and elderly. He won’t perish. About 750,000 have died in the United States from the virus, though.

The Packers signal-caller sure got sneaky with adjectives a couple of months ago to slip away from media scrutiny. The author of this article firmly believes in the COVID vaccine but also endorses a person’s right to choose. So, it just feels slimy that Cousins was open and honest – and subsequently skewered by the media – while Rodgers was deceptive and prone to word games as a means to avoid the hubbub of no vaccination. It’s not really a lesson to follow or teach youngsters: if you’re sly with your wording – or even outright lying – you might get away with it.

Because, in truth, if Rodgers never contracted the virus in Week 9, folks would’ve taken his word for it. None of this would come to light. Cousins would be the notorious anti-vax personality, whereas Rodgers, well, scot-free from criticism.

Cousins and Rodgers are never on even playing fields for media coverage – chiefly because Rodgers is a better quarterback – but it is wildly unsurprising that this Rodgers story will be irrelevant in a week. If Cousins lied, got busted, and missed a football game – it would follow his reputation forever.

All in all, though, this is just how it goes for Rodgers. He lied or deceived. He got caught. Soon, nobody will care.