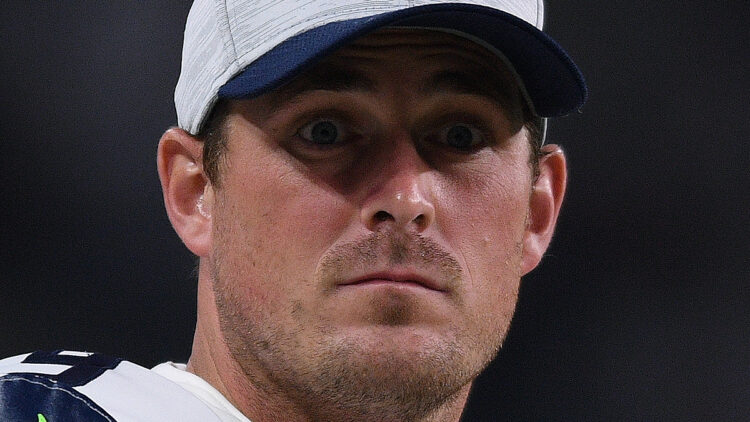 The Minnesota Vikings host 16 players on the 2021 practice squad. Consider this a one-stop shop for identifying those players.

Of note: This edition of the practice squad is much older than years past. Before now, players like Ameer Abdullah and Dakota Dozier, who are seasoned veterans, filling such roles was a rarity. But not anymore.

This is the 2021 Vikings practice squad, in pictures: 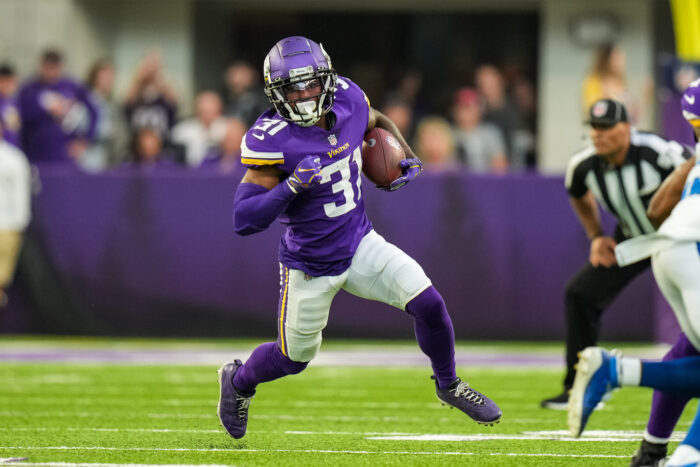 Abdullah was supposed to be a safe bet to make the team at RB4 or so. No such luck. He entered the league in the same year as Danielle Hunter, playing 74 games in the last six seasons. At age 28, he’ll be the Vikings emergency-emergency halfback. 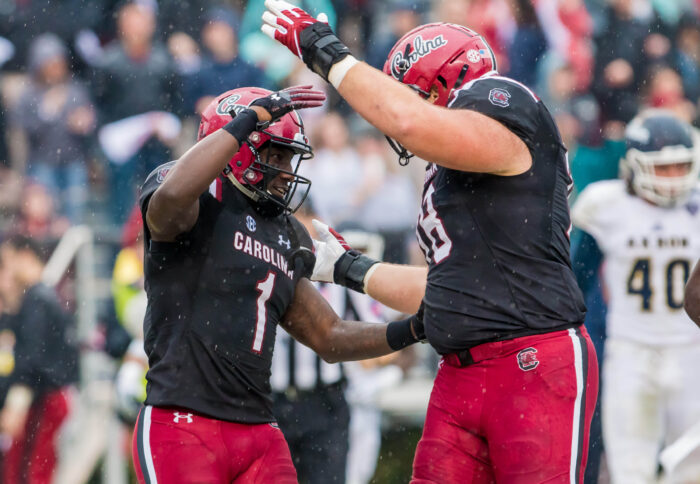 Offensive line is the Vikings biggest soft spot on the 2021 depth chart — surprise, surprise — and Bailey is waiting in the wings if injuries occur. He’s a guard by trade and now is the backup to Oli Udoh, Ezra Cleveland, and Wyatt Davis. 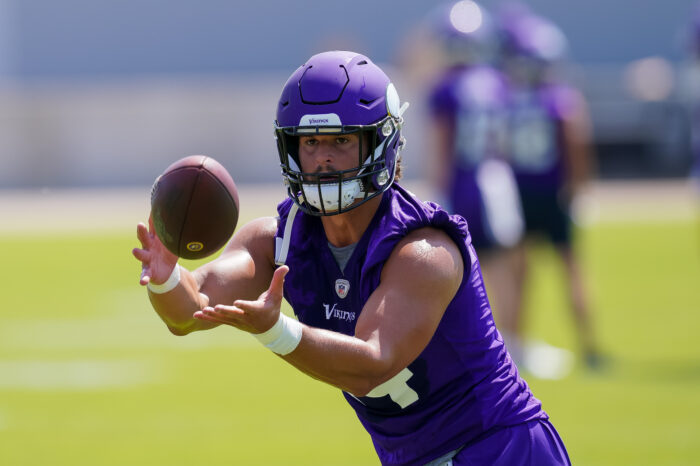 The Vikings love their fullbacks at a time when many NFL teams are saying sayonara to the position. Bargas saw a little bit of action in 2020 when Minnesota was crushed by New Orleans on Christmas day. 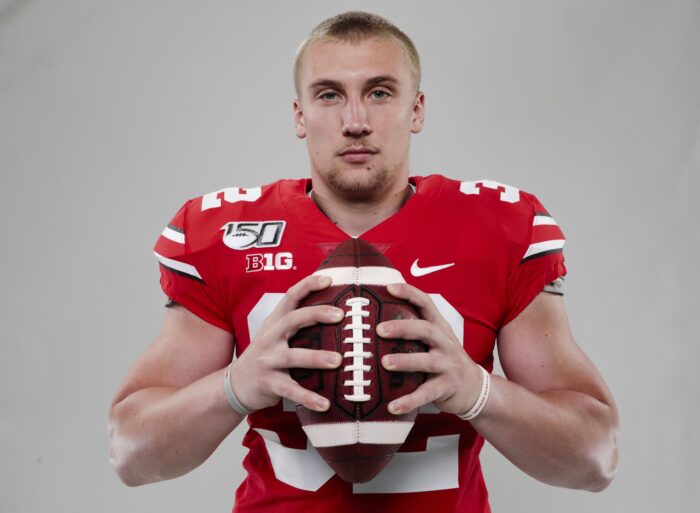 This is the gent who got into all the training camp fights. He’s a tough cookie from Ohio State. And he’ll start his NFL career on the practice squad behind players like Eric Kendricks, Anthony Barr, and Nick Vigil from the 53-man roster. 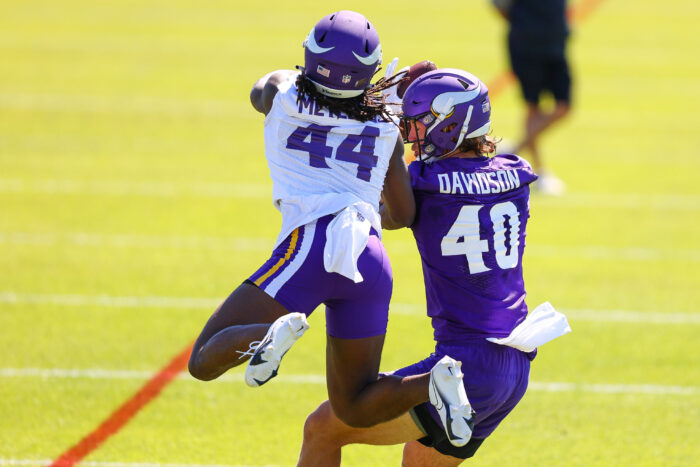 Drafted in the 5th Round of the 2021 NFL Draft, Davidson is the Vikings power forward. He’s 6’7″ and notably could not haul in an airmailed pass from quarterback Kellen Mond against the Kansas City Chiefs in the preseason. 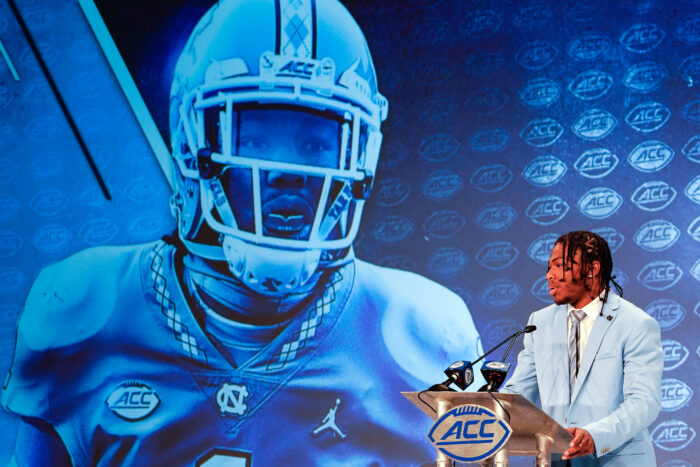 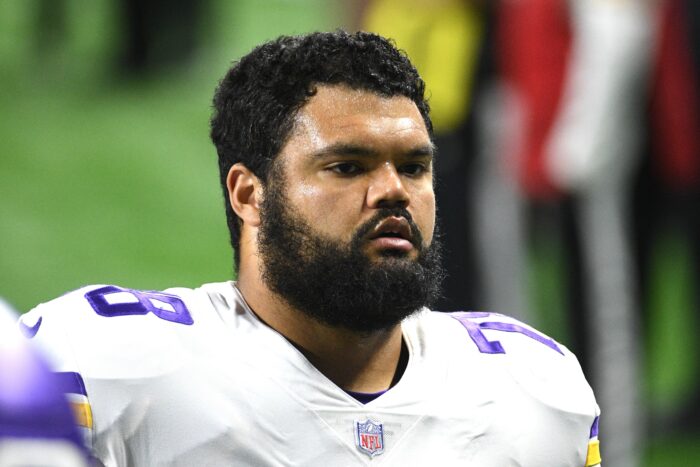 Dozier played 100% of Vikings offensive snaps in 2020. In 2021, there’s a reasonable chance he plays 0% of such snaps. Dozier encountered a rough pandemic season, grading out near the bottom of the league for guard play. 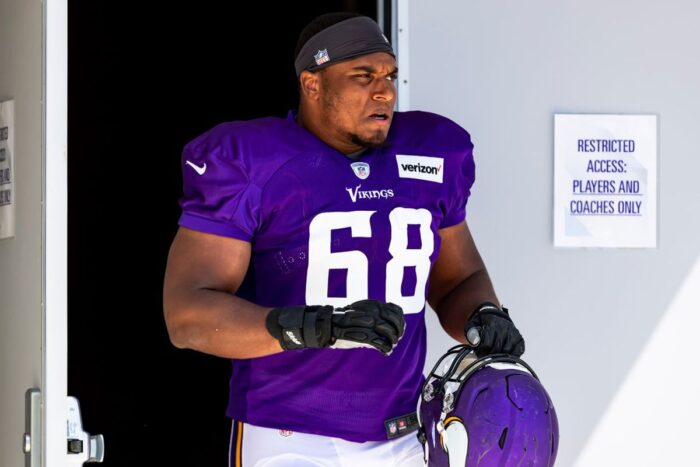 Just like Zack Bailey, Hinton is emergency offensive line depth. He was drafted in the 7th Round of the 2020 NFL Draft from Washburn. 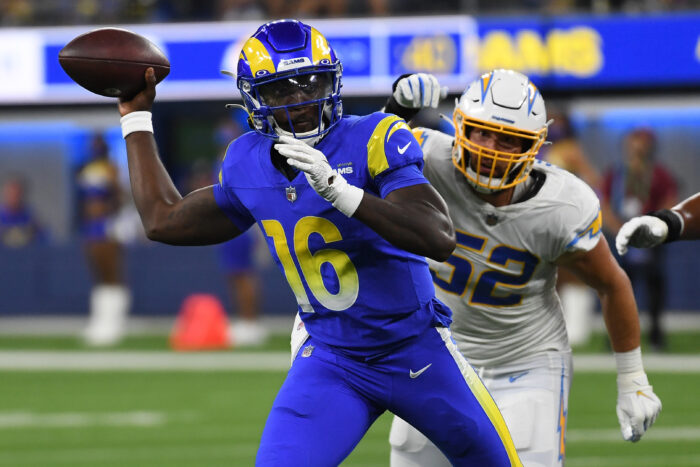 New man on the Minnesota Vikings — shown throwing the ball above, he’s a wide receiver previously employed by the Los Angeles Rams. At Michigan State and Syracuse, Jackson scored 13 touchdowns in his college career. 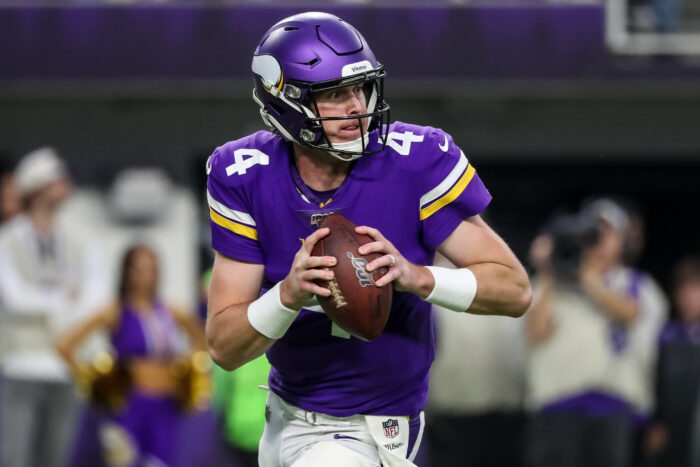 Mannion isn’t ultra-exciting, but he’s the anti-Browning. He briefly spent time with the Seattle Seahawks this offseason, returning to Minnesota for reservist duty — this time on the practice squad. Mannion will presumably act as the QB3 instead of the QB2 in 2021. 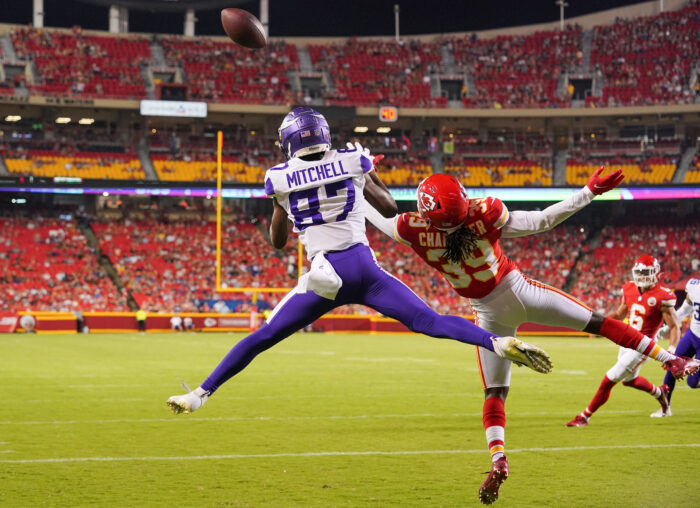 This Alabama native will support Justin Jefferson, Adam Thielen, K.J. Osborn, Ihmir Smith-Marsette, and Dede Westbrook from the practice squad. For intense fans of the team, he can be classified as an Alexander Hollins type. 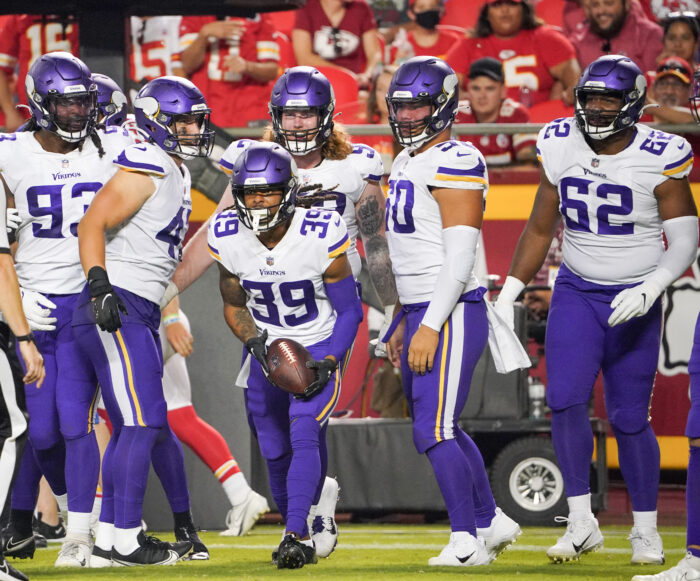 Here’s the man that scored the pick-six versus the Chiefs in the final preseason game. That feat evidently earned him an extended stay with the Vikings. 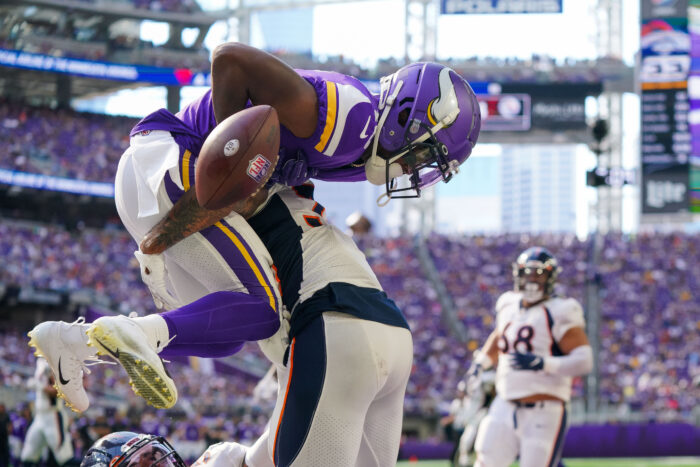 The guy with the cool name and training camp fan-favorite didn’t make the 53-man roster, but he wasn’t jettisoned from your lives altogether. The Indiana alumnus joins Myron Mitchell and Trishton Jackson as the team’s three practice-squad WRs for 2021. 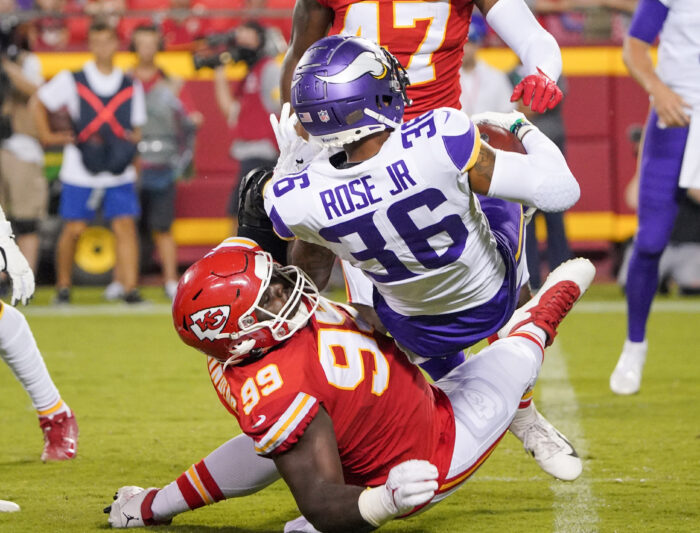 Rose achieved Kyle Sloter-like status for preseason annals of Vikings history. Why? Because he was the only Viking to score an offensive touchdown in the 2021 preseason. If something happens to Dalvin Cook or Alexander Mattison, Rose will see regular season time. 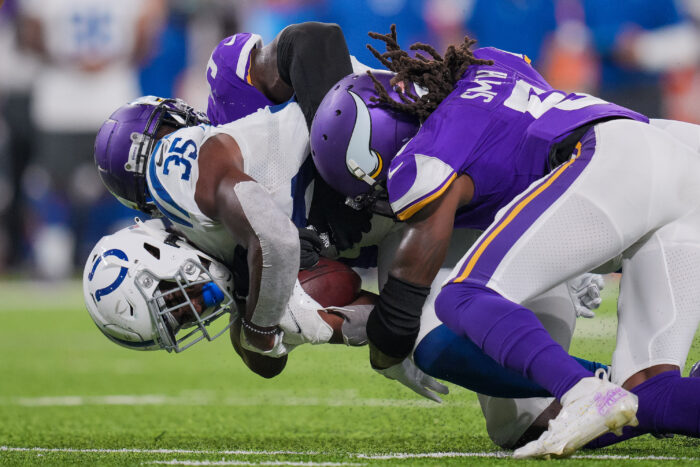 Little known fact: Smith has played 40 professional games in the NFL with the Seattle Seahawks and Tennesse Titans. Along with Abdullah and Dozier, he’s one of the more experienced players on the Vikings practice squad. 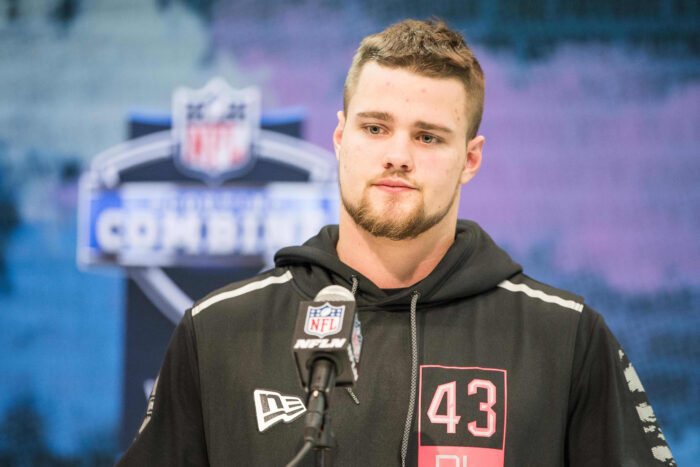 Willekes was a member of the 2020 Vikings — but then Danielle Hunter, Everson Griffen, and Stephen Weatherly all rumbled back to the active roster, designating the second-year defensive end for practice squad assignment.