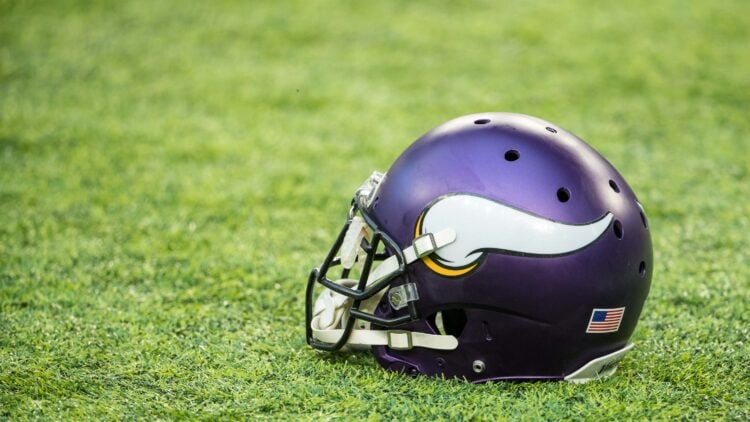 The Minnesota Vikings don’t holster a lot of men on the 2021 roster set up for “bust” potential outside of rookies like Christian Darrisaw and Wyatt Davis (and there is no reason to associate them with bust terms — but they are rookies with high expectations).

With most players on the depth chart, the Vikings, for the most part, know what they’re getting. Although, it will be at the hallmark of interest to see how new players like Patrick Peterson, Xavier Woods, Dalvin Tomlinson, and others acclimate to Mike Zimmer’s defense.

Therefore, the options for bust territory are limited – and that’s a good thing. Garrett Bradbury faces a pendulous season, selected in the 1st Round of the 2019 Draft and now entering his third campaign. On the whole, the Vikings center has been surrounded by the feculent guard play to his left and right, causing his early career maturation to stand still and underwhelm. This season, though, Bradbury should have the best [young] duo to date next to him in Ezra Cleveland and Wyatt Davis. Minnesota will know what it has in Bradbury by the time February strikes on the 2022 calendar.

The bust isn’t a rookie. Unfairness is afoot if Bradbury is predicted as a bust due to poor surroundings. So, who is it? 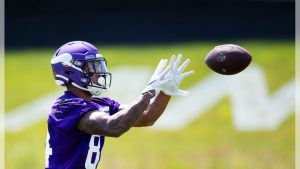 Brent Sobleski of Bleacher Report prophesied a bust for each NFL team in an analysis on Friday. He said about Smith for the Vikings:

Irv Smith Jr. is a potential mismatch waiting to happen. The Minnesota Vikings are having none of it.  With Kyle Rudolph’s departure, Smith’s role should expand. Nope.  “Honestly, I don’t think it’s any bigger role for him whatsoever,” head coach Mike Zimmer told reporters. “I think it’s a bigger role for Tyler Conklin. He’s kind of emerged as a guy that’s moving upward and with those two guys, we have a lot of weapons there.” Smith could be so much more than what he showed last season. The 22-year-old caught 30 passes for 365 yards, while Rudolph basically replicated Smith’s production (28 receptions for 334 yards).  It’s a shame because Smith is an athletic target capable of becoming one of the league’s best young tight ends, yet he’s being held back by a system and coaching staff that’s not willing to build around his skill set.

To be fair, Sobleski parks this prediction at the “usage” door. He does not outwardly predict that Smith is the wrong man for the job.

Indeed, when Zimmer was given the chance at the beginning of summer to hype Smith, he instead pivoted to Conklin – foreseeing a status-quo role for Smith and the emergence of Conklin.

Smith was TE1 for much of 2020 as Rudolph was injured during the final stretch of his Vikings career. So, in support of Zimmer, Smith remaining TE1 and not much changing from that, adds up. Most coaches, however, would set expectations for someone with Smith’s skillset even higher – not singing praises of a player in Conklin that was TE3 less than a year ago.

The other Vikings-ish slogan around this time of year – that actually makes folks quite angry – bodes well for Smith Jr. The Zimmer Vikings rarely emphasize WR3 like other teams, leaving the duty to a WR4-type like Bisi Johnson or Chad Beebe.

That’s fine by Smith Jr. If he need not share targets with a true-blue WR3, well, his target load will rise. He’s even built like a muscular wide receiver, so the Alabama alumnus might wind up as the defacto WR3. Of course, if Dede Westbrook signs with the team — he is in the Twin Cities talking about a contract — then this logic is dampened.

It’s pretty simple: If Smith is allotted targets from Kirk Cousins in the Vikings offense, he will thrive. Should the offense equally utilize Smith and Conklin, yes, Smith will nibble at “bust” conversations.

Throw him the ball.

Other busts detailed by Sobleski leaguewide include Teddy Bridgewater for the Denver Broncos, Jared Goff in Detroit, and Yannick Ngakoue with the Las Vegas Raiders.