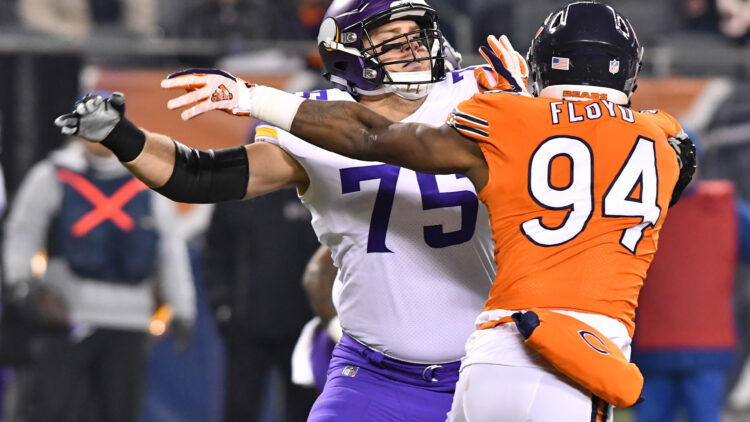 Brian O’Neill became a richer man on Wednesday, if only in a symbolic and futuristic manner.

The New Orleans Saints extended the contract of right tackle Ryan Ramczyk, a 27-year-old offensive lineman that earned All-Pro honors in 2019. Strangely, Ramczyk has not yet been elected to a Pro Bowl.

But who cares? Now, he’s rich. Differing figures dribbled out as to the amount of his extension, but both are record-shattering bits of news.

And then from NFL.com:

A big payday for the non-blindside protector of Jameis Winston in New Orleans is an influential circumstance. Ordinarily, left tackles drag home the bacon, caused by a mentality that men protecting the blindside of quarterbacks are more important than the right-siders. To a degree, this is correct as most passers are righthanded, leaving backs turned for left tackles to safeguard.

The Ramczyk deal should redefine the playing field for offensive tackles. Men that are in Ramczyk’s pantheon of performance will expect money in the same ballpark. One such man is Brian O’Neill, who plays for the Minnesota Vikings.

The lone bright spot for the Vikings maligned offensive line, O’Neill deserves a payday more than any other offensive lineman associated with the team – and that’s true by a longshot. O’Neill joined Minnesota via 2nd-Round draft pick in 2018, tapped at that time as a “project player.” The timeline of the project was expedited, and O’Neill saw playing time almost immediately. He never looked back.

Offensive trenchmen are tricky to adjudicate with conventional stats, so this is the small resume of his Pro Football Focus grades:

Because the Vikings don’t possess offensive linemen with this consistency, nor do they have any that climb this career development scale as does O’Neill – he feels borderline Christ-like in Minnesota. O’Neill is perceived as the one shining light – a savior – for a Minnesota offensive line that is the habitual butt of jokes and frustration.

His contract ceases at the end of 2021. That’s about six months away. General Manager Rick Spielman will hopefully get a deal done with the University of Pittsburgh alumnus before the 2021 season commences. If not, late winter of 2022 will be suspenseful.

The impact of the Ramczyk deal on O’Neill is palpable. Yesterday, O’Neill was trending toward a deal of around $9-$12 million per season. Ramczyk’s bag of money raises O’Neill’s premium – likely by a few million.

Minnesota has the cap space to kickstart talks now. Spielman owns around $14 million in cap space, an oddity for the Vikings at this juncture on the calendar.

If Spielman spends none of that on an RDE or WR3 for 2021, it should find its way into the wallet of O’Neill.