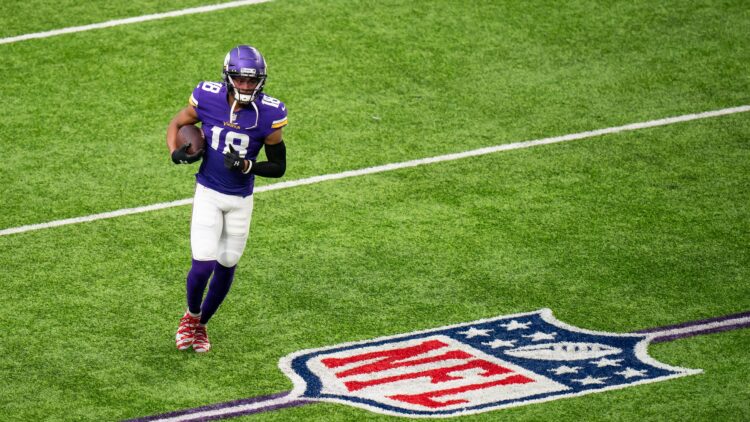 The Minnesota Vikings front office has done a remarkable job this offseason. With the signing of wide receiver Dede Westbrook, the Vikings look to be all-in on a legitimate Super  Bowl this coming season. There appear to be no gaps at any position especially on the defensive side of the ball.

Of course, there are still a few question marks regarding the offensive line (there always is), but a lot will depend on how rookie Christian Darrisaw can settle in at left tackle and replicate the play of Brian O’Neil on the other side. Interior line play will still need to play at a higher level but there are definitely positive signs.

The Minnesota Vikings are arguably the most complete roster top to bottom in the entire league. There could be an argument to be made, the Vikings almost have no excuse not to get to a Super Bowl with a roster that is this stacked and this deep in almost every position on both sides of the ball.

2 of the best defensive players in the entire league have requested a trade out of their current teams. The Vikings are one of the teams that have the cap space and can make a  play for either player (perhaps both if they really wanted but let’s not get carried away).

Chandler Jones would complete this team. Can you just for a second, imagine Danielle  Hunter coming off one edge and Chandler Jones coming off the others? That is 2 All-Pro level players getting after the quarterback. That would be a nightmare for any team, from their coordinators to the offensive linemen tasked with dealing with these guys and the quarterback who is the target.

The 2nd edge position is the only real question mark, the rest of the defense pretty much picks itself. With All-Pro caliber players on all 3 levels and adding the player who has the most sacks since 2012, even though he missed an entire year, the signing would take the Vikings from a potential Super Bowl contender to the team to beat and the favorite in the NFC.

Xavien Howard is a ballhawk in every definition of the word. Arguably the best cornerback in football. Howard led the NFL in interceptions 2 of the last 3 seasons with 18 sacks in that period. Howard is 28 and only just entering the prime years of his career. The type of cornerback that will follow your number 1 receiver throughout the game while also making game-changing plays. Adding a guy like Howard to an already stacked defensive back room.  The Vikings have already added veterans Patrick Peterson, Breshaud Breeland, Mackensie  Alexander, and Tye Smith. However, none of these would have the impact that Howard would. A lockdown corner to go with all those other pieces that the Vikings already have, it would be fun to watch the say the least.

With or without any of these signings, the Vikings have made their intentions very clear this offseason. They are in win-now mode. They have strengthened in every meaningful position and even added depth with players that are more than capable of coming in and off being starters. Adding one of these 2 guys would take the Vikings over the top and take them to unchartered territory, being favorites in most games they will play.

There is a possibility that Trader Rick has one more trick up his sleeve that could shock us all but as of right now it seems most likely that the Vikings front office is content with the work they have done and will focus on tying down some of their own. Either way, the Vikings have maneuvered this offseason exceptionally well and have put themselves in the best position to make a run at the coveted Lombardi Trophy.