In 2021, Who Is the Vikings Most Likely First-Time Pro Bowler? 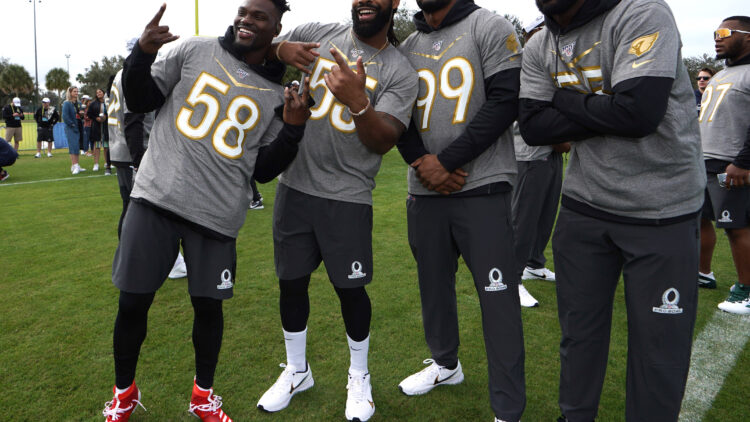 Inside of a ho-hum season called ‘2020,’ the Minnesota Vikings sent two players to a Pro Bowl that didn’t even happen. The words-only recognition was allotted to Dalvin Cook and Justin Jefferson – two players more than worthy of Pro Bowl accolades.

Sadly, Harrison Smith’s Pro Bowl streak found a demise. In five straight seasons, Smith was tapped for Pro Bowl participation, solidifying his status as one of the league’s best safeties. During 2020, however, no alternates were chosen as the game was not physically played, so Smith’s run was punctuated by the pandemic.

The year before the pandemic season, 2019, the Vikings sent a ginormous batch of eight players to the Pro Bowl, including fullback C.J. Ham who received his first nod. That season featured Cook’s first selection along with Kirk Cousins’ first trip as a member of the Vikings (he previously reached the Pro Bowl with the Washington Football Team in 2016).

So, who’s next for first-time Pro Bowlers in Minnesota?

A fair prediction is Brian O’Neill, a player shining as the team’s lone bright spot on the offensive line since 2018. Pro Bowl voters have ignored O’Neill to date, but as he approaches his pinnacle age as a lineman, he will likely get some Pro Bowl kudos. O’Neill, who turns 26 this September, is also due for a chunky payday. Accompanied by the aforementioned Smith, the Vikings have on the docket the extensions of O’Neill and Smith – or so goes the working theory.

Pencil O’Neill in for eventual Pro Bowl talks. After that, the conversation pivots to Cameron Dantzler. The Mississippi State alumnus was fantastic during the second half of his rookie season, leading all rookie cornerbacks via Pro Football Focus grade in 2020. Dantzler is not quite the type of eventual shoo-in reputation that O’Neill commands, but his time will hit soon. Minnesota added a plethora of defensive backs via free agency, creating a depth chart situation that casts doubt on whether Dantzler will start at all. Between Patrick Peterson, Bashaud Breeland, and Mackensie Alexander, a lot of CB mouths are hungry in Mike Zimmer’s secondary. But, hey, if Dantzler is as marvelous as mid-to-late 2020, he should carve out his purple niche inside the Vikings 2021 defense. 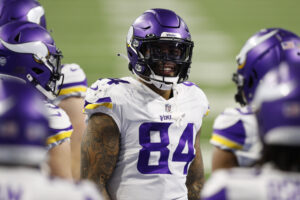 Marc Sessler from NFL.com predicted a breakout Pro Bowler for each NFC team on Thursday, stating this about Smith Jr. from the Vikings:

Kyle Rudolph exiting stage left opens the door for Smith to fulfill his juicy potential. His 30/365/5 line from 2020 should balloon, but there’s a potential fly in the ointment here: Mike Zimmer needs some convincing. The Vikings coach threw cold water on Smith’s presumed rise by telling reporters in June: “Honestly, I don’t think it’s any bigger role for him whatsoever.” Zimmer pointed to Tyler Conklin seeing more work at the position. Is the coach playing head games with Fantasy Heads (and my precious mid-summer article!) or attempting to motivate Mr. Smith? September will reveal the truth.

When Rudolph was injured down the stretch last season, Smith Jr. showed out impressively. Most folks believe that “all he needs is targets” to thrive inside the Vikings offense. With Rudolph gone, nothing is stopping Smith Jr. from becoming the tight end version of a bellcow.

A particular Viking-ish habit around this time of year – that actually makes folks roll their eyes – bodes well for Smith Jr. The Zimmer-led Vikings seldom emphasize the WR3 spot like other NFL teams, leaving the duty to a WR4-type like Bisi Johnson or Chad Beebe. That’s peachy for Smith Jr. If he need not share targets with a true-blue WR3, well, his target load will ascend. He’s even built like a musclebound wide receiver. WR3 might be a Smith-by-default arrangement.

Smith Jr. is ultra-young, too. He turns 23 next month.

Other first-time Pro Bowlers prognosticated by Sessler include Jalen Hurts from the Philadelphia Eagles, David Montgomery of the Chicago Bears, and Bradon Aiyuk out of San Francisco, among others.