If the Vikings Want a Free Agent DE, Now Is the Time to Act 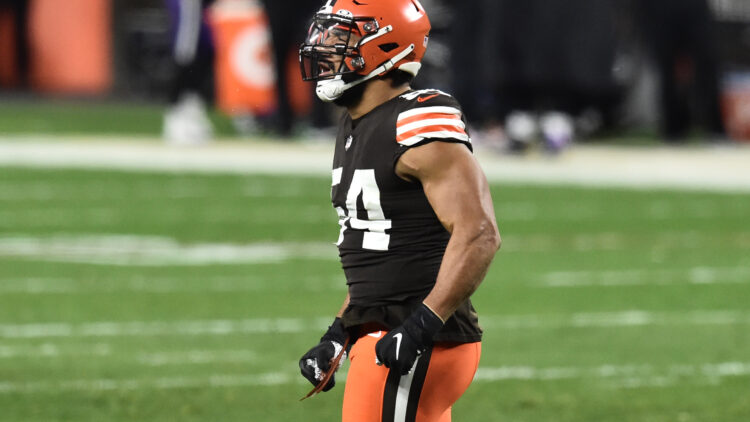 The next destination on the Minnesota Vikings hype train is training camp, a mere eight days away in Eagan, Minnesota.

After a flurry of defensive free-agent signings this offseason, coupled with an optimistic draft that landed rookies like Christian Darrisaw, Wyatt Davis, and Kellen Mond — the Vikings are poised to contend for the NFC North once again, an achievement that has eluded the club since 2017.

And in the backdrop, general manager Rick Spielman possesses a cache of cash, unfamiliar territory for the Vikings at this time of year. Usually, the franchise has a few million in the bank, targeting small fish to round out the roster.

But not this year.

Minnesota maintains a cap space figure around $14 million — a number that fortuitously never seems to dip — to spend on other free agents or extend the long-term contracts of players like Harrison Smith or Brian O’Neill. Spielman could afford to bolster the wide receiver room behind a somewhat top-heavy combination of Adam Thielen and Justin Jefferson. He could add one more veteran offensive lineman to safeguard against the annual pass-protecting doldrums.

Or Minnesota’s boss man could sign another defensive end to coexist with Danielle Hunter, who returns after a season-long neck injury during the pandemic season. All in all, one more EDGE rusher is probably the most sensible strategy. Some combination of Stephen Weatherly, D.J. Wonnum, and rookie Patrick Jones II is presumably on the menu for the DE spot opposite Hunter.

While those men might thrive inside this revamped Mike Zimmer-led defense, Hunter has never played professional football without Everson Griffen on the roster. Oh, by the way, Griffen is a free agent — that has even vocally proclaimed his desire to return to the Vikings in 2021.

Griffen texted Allen that he “bleeped up” with his tweets regarding Cousins and that it was wrong.

If the Vikings have an appetite for another defensive end to complete the defensive free-agency bonanza, now is the time to act.

Because the who’s-who of free-agent EDGE rushers are finding new homes this week. First, it was Melvin Ingram, a fine pass rusher that unites with a fine pass-rushing organization in Pittsburgh.

Source: The #Steelers are signing FA pass-rusher Melvin Ingram to a 1-year contract to beef up the edge. The former #Chargers star lands in PIT before camp begins.

Then, a lesser-sexy name in Alex Ofakor re-signed with the Kansas City Chiefs on Tuesday.

Ergo, they’re flying off the board.

Spielman has three startable options for RDE (if Hunter resumes his normal duty at LDE), if he has interest in the idea at all.

Talent-wise, the frontrunner for duty is Justin Houston. 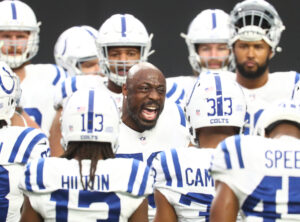 Dec 13, 2020; Paradise, Nevada, USA; Indianapolis Colts defensive end Justin Houston (center) reacts as he yells at his teammates in the huddle prior to the game against the Las Vegas Raiders at Allegiant Stadium. Mandatory Credit: Mark J. Rebilas-USA TODAY Sports

The ex-Chief-turned-Colt remains unemployed, waiting for a contending team to snatch his services. Why not the Vikings? Houston entered the pros in 2011. From that point on, he registered 97.5 sacks, which is third-most in the business behind Von Miller and J.J. Watt. As a younger man, he notched 22 sacks in a single season. Even as Houston ages, he manages to sack opposing quarterbacks. He and four other men are the only five players to tabulate 8+ sacks in every season since 2017: Aaron Donald, Yannick Ngakoue, Khalil Mack, Jason Pierre-Paul, and Houston. So, the consistent pedigree is still there.

Next, Olivier Vernon is a free agent, nursing a torn Achilles that he suffered last season at an inopportune time in Week 17 for the Cleveland Browns. 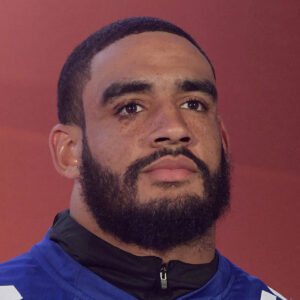 Drafted by the Miami Dolphins, signed by the New York Giants in free agency four years later, and most recently scooped by the Browns — Vernon has reached one Pro Bowl in his nine-year career while tallying 63.5 sacks in 127 total games. If his return to health is rapid and on track, Minnesota could slide him onto the depth chart as a formidable pass rusher in 2021.

Otherwise, go with what you know. Everson Griffen created some social media turmoil at the beginning of the calendar year with puzzling tweets about the Vikings organization (particularly Kirk Cousins). But forgiveness is a rewarding trait for anyone. Should the Vikings welcome back Griffen, he would need very little acclimation — effectively “getting the band back together” for an all-in season.

The Vikings could be just tickled with their current DE situation if hopes are high for the aforementioned rookie, Patrick Jones II. However, one steady tactic throughout 2021 for Spielman is mass-stockpiling defensive assets — almost like Zimmer himself is calling the shots.

The most fitting way to culminate the defense-only trend in free agency is to sign Houston, Vernon, or Griffen, canceling any doubt about the Vikings pass rush for 2021.