Get Ready for the Rashod Hill Experience 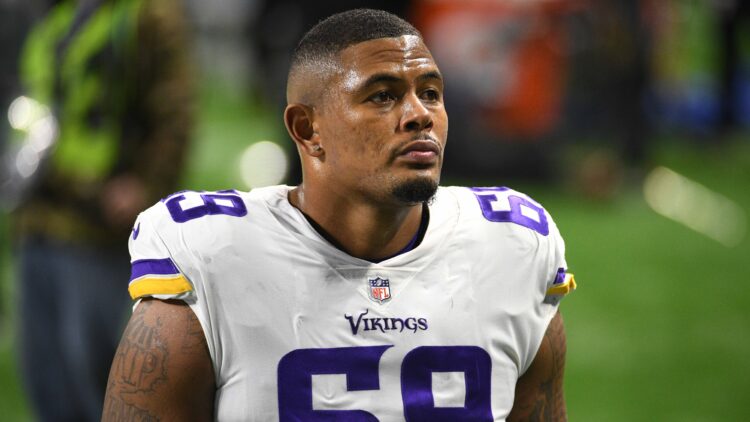 Minnesota Vikings fans had the bullish audacity to believe that a sleek offensive-line plan that culminated in the 2021 NFL Draft would fix the team’s ceaseless pass-protections follies.

That approach might still work in the long run, but new left tackle Christian Darrisaw and right guard Wyatt Davis are not trending as immediate solutions. Both men were hampered early in training camp, and a setback hindered Darrisaw on Thursday.

That’ll make most Vikings loyalists cringe because it resembles a connector flight to bad news. Last season, Danielle Hunter was afflicted with a teensy injury that turned into a season-ender. While Darrisaw might be just fine and ready to go for Week 1, the breadcrumbs are starting to indicate he will take some time to ease into LT1.

And that means Rashod Hill, now a six-year veteran of the Vikings, is the next man up. As teams like the Kansas City Chiefs and Baltimore Ravens used free agency to repair their respective offensive trenches, Vikings general manager Rick Spielman preferred the draft.

It was a risk.

In fairness to Minnesota’s leadership, the full efficacy of the 2021 rookie offensive lineman performance will need about three years to materialize. Players take time to mature. Period.

But this version of the Vikings is skimpy on time. Head coach Mike Zimmer and quarterback Kirk Cousins strut in 2021 with an all-in cloud hovering. The season will be Zimmer’s eighth with the Vikings and Cousins’ fourth — more than enough time to determine if their services will be beneficial in 2022 and beyond.

So, protecting Cousins’ rump — at least for a while by all indications — is Hill. Until Darrisaw is ready, the Rashod Hill experience is necessary. That could be two games — it could be two months.

Hill has played in 59 career Vikings games, 17 of them in a starting capacity. Most of his starting action transpired in 2017 and 2018 as the Southern Mississippi alumnus only started two games cumulatively in 2019 and 2020.

Here’s the tale of the tape per Pro Football Focus grades:

Those PFF scores are serviceable. The sample size is the question mark. A 72.4 grade will be welcomed on any Vikings offensive line from the last decade, but the 121 snaps are low for a full adjudication.

The coaching staff enjoys Hill — he’s been a part of the team longer than most of the men on the 2021 roster. Only Anthony Barr, Danielle Hunter, Eric Kendricks, Harrison Smith, and Adam Thielen have more purple and gold “seniority” on the active roster.

Nevertheless, Hill at left tackle is a gamble. Each season since 2016, Minnesota embarks on a fresh new adventure — with Super Bowl-or-bust stakes — showcasing an offensive line that lacks bonafide names that other contending NFL teams employ. So far, it has not panned out.

Hill-into-Darrisaw, just-Hill, or just-Darrisaw must translate to apt pass-protection. Otherwise, it could be the undoing of the current Vikings regime.

For an undetermined amount of time, it appears the just-Hill strategy has to be the solution.