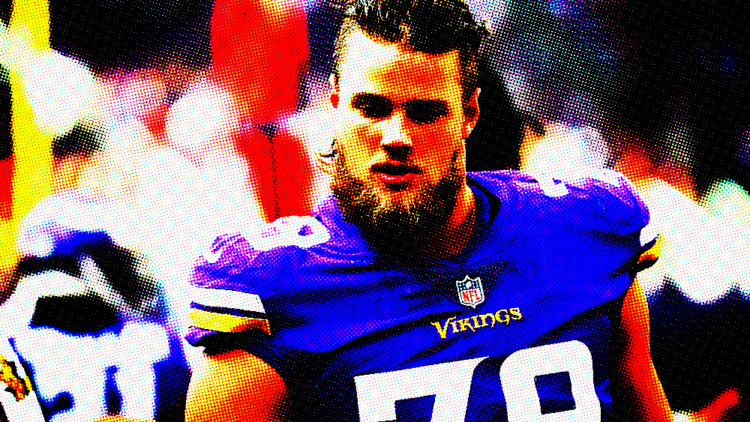 Along with presumptive returns of Patrick Peterson, Harrison Smith, and Anthony Barr just in time for Sunday’s game with the Green Bay Packers, the Minnesota Vikings are slated to get defensive end Kenny Willekes back, too.

Fresh off the COVID list — a place where many NFL players are spending time lately — Willekes is scheduled to return to the field at an advantageous point for the Vikings. Recently, Willekes has made a mini-name for himself inside the Vikings defense, notching seven total tackles, two quarterback hits, and a half sack in 57 defensive snaps in 2021. In a loss to the Baltimore Ravens about two weeks ago, many casual Vikings fans learned the identity of Willekes for the first time.

The presence of the Michigan State alumnus is vital. Why? The Vikings pass-rushing depth without him is suspect. Versus the Dallas Cowboys on Halloween, Minnesota lost superstar Danielle Hunter for the season, ensuring Willekes’ role would increase. Right before the NFL trade deadline, general manager Rick Spielman traded pass rusher Stephen Weatherly to the Denver Broncos in a strange deal. The Vikings basically gave Weatherly away, receiving a 7th-Round draft pick in return but also including a 7th-Rounder of their own to Denver with Willekes.

In a cynical twist of fate, Hunter was injured soon after, leaving folks yearning for Weatherly, a seasoned veteran with intimate knowledge of the Vikings defensive scheme.

Somebody had to fill the shoes of Hunter and Weatherly, so men like Willekes and rookie Patrick Jones II are now experiencing playing time. Everson Griffen and D.J. Wonnum are the depth-chart starters, but head coach Mike Zimmer enjoy mixing and matching defensive packages, heightening the duties of men like Willekes and Jones,

Plus, Willekes is young with proverbial “high upside.” His Pro Football Focus grade in limited playing time so far this season is 58.6. That isn’t storybook stuff, but his progression is trending in the right direction. And against the Ravens especially, Willekes was a disruptor.

If Willekes is famous for anything, it’s his involvement in the Stefon Diggs trade from 2020. Along with Justin Jefferson, Minnesota received via draft pick Willekes and breakout player [from the last two weeks] Camryn Bynum.

The better Willekes and Bynum play — because the world already knows Jefferson is the real deal — the more profitable the Diggs trade feels in the rearview.

A big game from Willekes this weekend is welcomed by Zimmer’s Vikings. Throughout Minnesota’s history with Aaron Rodgers’ Packers, the only way the Vikings consistently have success against their foe is getting to the quarterback.

All in all, Patrick Peterson, Harrison Smith, Anthony Barr, and Kenny Willekes are back. The collective presence of those men will be needed to knock off the 8-2 Packers at U.S. Bank Stadium on Sunday.

Also Read: Per PFF, the Vikings Top Players from Best to Worst: Thru Week 10