From PFF, the Vikings Best Player vs. CIN Will Surprise You 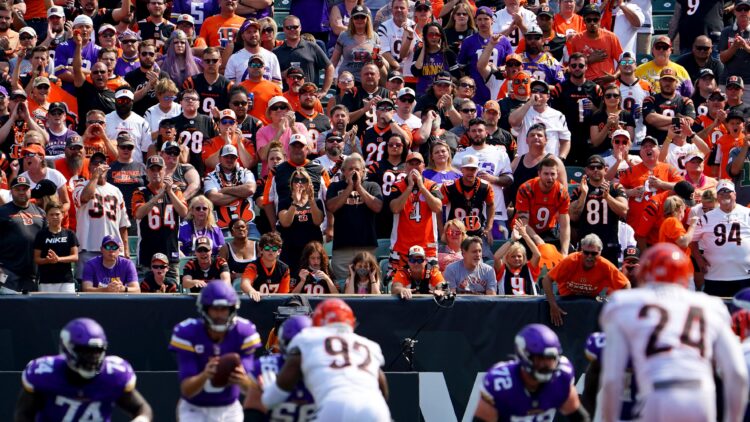 When the Minnesota Vikings trailed the Cincinnati Bengals in Week 1 by a score 21-7, the chances of any comeback felt slim, if not laughable. A first-half stretch of penalties, mainly on the offensive line, was downright comical as every play seemed beset by a flag.

After halftime, they cleaned up the infractions to an extent, causing the offense to actually move the ball unimpeded by dumb penalties. Quarterback Kirk Cousins kept the passing game mostly underneath – for some reason – and Minnesota’s offense chipped away at a much improved Bengals defense.

Lo and behold, what looked like an utter comedy of errors turned into a certified comeback. Minnesota tied the game on a ruthless Greg Joseph field goal from 53 yards away – a kick many Vikings fans thought was dead from the time special teams trotted on the field.

But nope. Joseph was cold-blooded. The Vikings lost in overtime after a questionable Dalvin Cook fumble, but the comeback was nearly complete, creating itty-bitty morsels of optimism for Week 2 and beyond.

Cousins was a leader of the comeback, whether folks care to acknowledge it or not. The Vikings quarterback is bees-to-honey for criticism, so when Cousins authors a nifty almost-comeback as he did in Cincinnati, the reaction is usually “meh.” Or, folks will say his comeback fell short – even though Cook was the man who fumbled the ball. The opinion mill on Cousins is an insatiable place. When his team wins a game, it was victorious because everyone other than Cousins carried him to victory. In losses, Cousins is skewered because he didn’t bootstrap-levitate the Vikings to victory.

But by the numbers, Cousins was the best Vikings player on the field Sunday. Unless one questions the efficacy Pro Football Focus’ grading system, this is undeniable. Indeed, Cousins had some poor incompletions and held onto the ball too long in spots. But on the whole, Cousins did what quarterbacks are asked to do – put a team in position to win. He did it, yet onlookers still savage him for not dragging the Vikings to victory.

His PFF score was 80.9. The closest players to Cousins for Week 1 grading were Harrison Smith, Michael Pierce, Eric Kendricks, and Stephen Weatherly.

This is the offense. 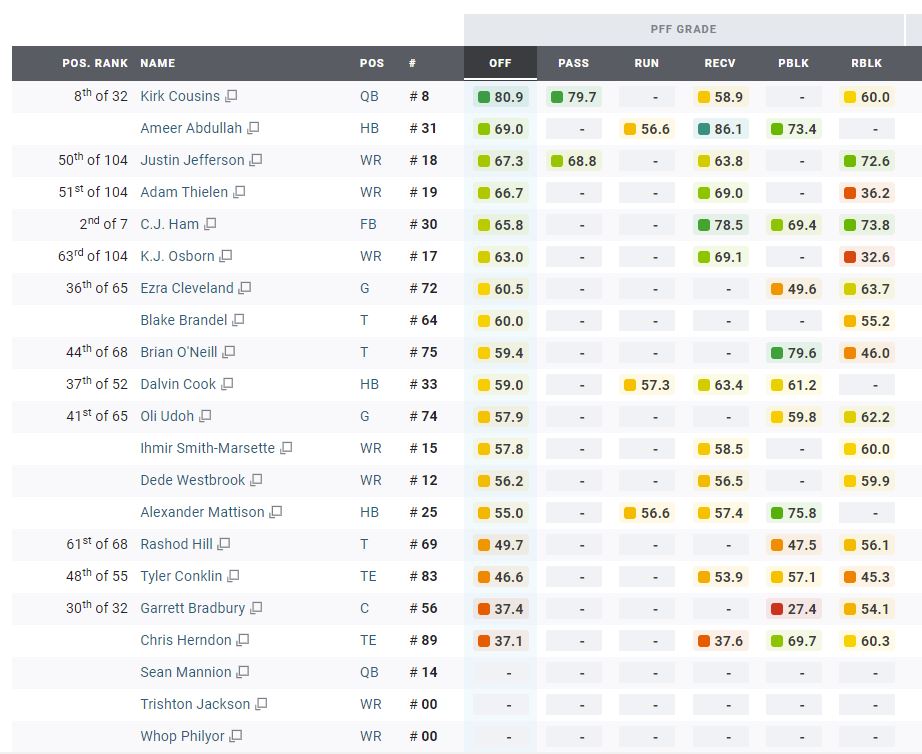 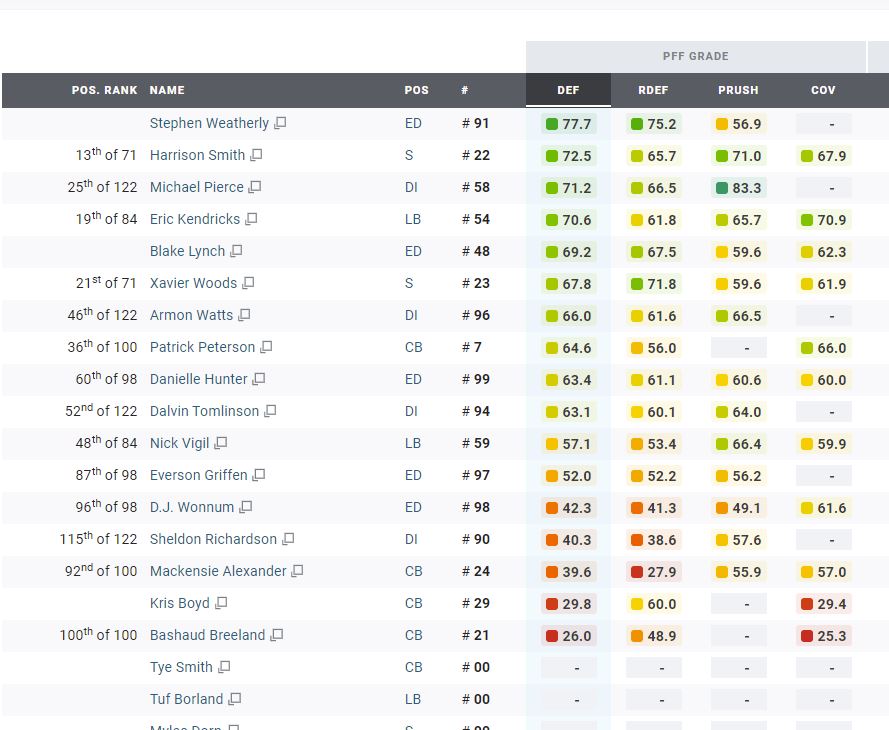 Therefore, one must either recognize that Cousins was a significant contributor – more so than his teammates — to the team’s rally back in the second half or decry PFF as fake and not trustworthy. Those are the options.

This does not mean Cousins was elite. He had flaws. Yet, he was damn good when it counted – especially when 17 yellow flags touched the Ohio earth. All in all, PFF ranked Cousins as the eighth-best QB leaguewide for his Week 1 showing.

You can dislike Cousins because he “is paid too much,” scoff at any comparison of him to Patrick Mahomes or Russell Wilson, or flat-out dislike him for your personal reasons. But the venom toward him is the type of critique that should be aimed at a Blake Bortles or Paxton Lynch-like quarterback.

Cousins consistently notches numbers nominating him as the 11th or 12th best passer in the world. He isn’t of the Top 3 variety. He’ll never be that throughout the entirety of a season. He’s a Carson Palmer type. Tony Romo, if you will.

And on Sunday, he was the best player on the field for the Vikings per PFF.
Dustin Baker is a political scientist who graduated from the University of Minnesota in 2007. He hosts a podcast with Bryant McKinnie, which airs every Wednesday with Raun Sawh and Sally from Minneapolis. His Viking fandom dates back to 1996. Listed guilty pleasures: Peanut Butter Ice Cream, ‘The Sopranos,’ and The Doors (the band).