Note: This article originally appeared on our new NFL site, FranchiseTagged.com. Check out FT daily for great NFL content, or on the following social media platforms.

Trades, trades, and even more trades! With under a month to go until the 2021 NFL Draft, the Miami Dolphins made a pair of trades to shake up the top half of the draft. They not only made a trade with the 49ers to move from 3 to 12, but they also made a trade with the Eagles to move from 12 to 6. These trades are sure to shake up the first round of the draft. For information about both trades, you can read Wesley Johnson’s article about it here.

Carolina also made a trade on April 5 to get Sam Darnold. Carolina traded a sixth-round pick in this year’s draft, along with a 2022 second-round and fourth-round pick. A couple additional trades were made in my mock draft after this trade went public.

Jacksonville Jaguars (1) – Trevor Lawrence, QB, Clemson. The Jaguars should just announce this pick now. Lawrence did have surgery on his non-throwing shoulder, but that should not be a red flag to worry the Jaguars from getting cold feet. 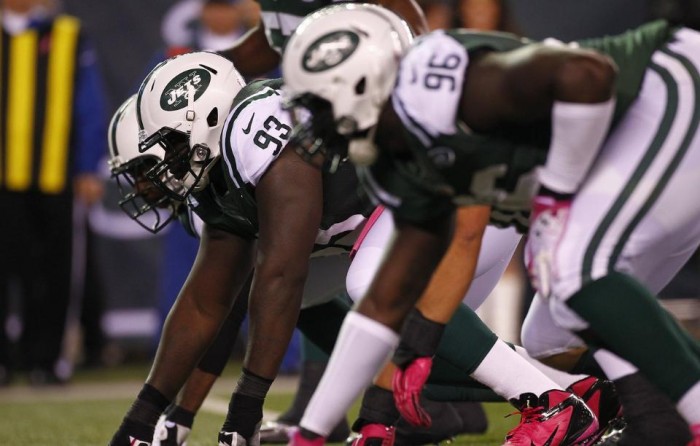 New York Jets (2) – Zach Wilson, QB, BYU. While I would like to keep Justin Fields to New York alive, more and more experts mock Wilson to the Jets. With Darnold on his way out of New York, Wilson will be tabbed the starter to open the season. 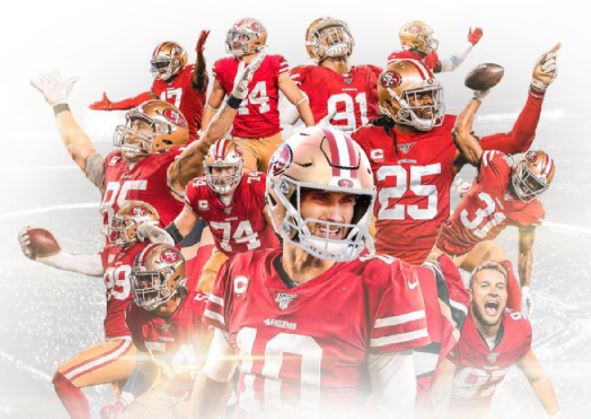 San Francisco 49ers (thru Miami via Houston) (3) – Mac Jones, QB, Alabama. Kirk Cousins-to-San Francisco never came to fruition, so the next best thing? Draft a QB who is comparable to Kirk. While Jones did not have a stellar throwing day in Alabama’s second pro day, that does deter coach Kyle Shanahan from getting his QB of the future. To be honest, San Francisco did not trade up from 12 to 3 to nab any other position but QB.

New England Patriots (via Atlanta) (4) – Justin Fields, QB, Ohio State. I still believe New England will trade up, but this time they nab Justin Fields instead. Yes, Cam Newton was resigned, but if Newton is to Bledsoe, Fields is an excellent Tom Brady counterpart. 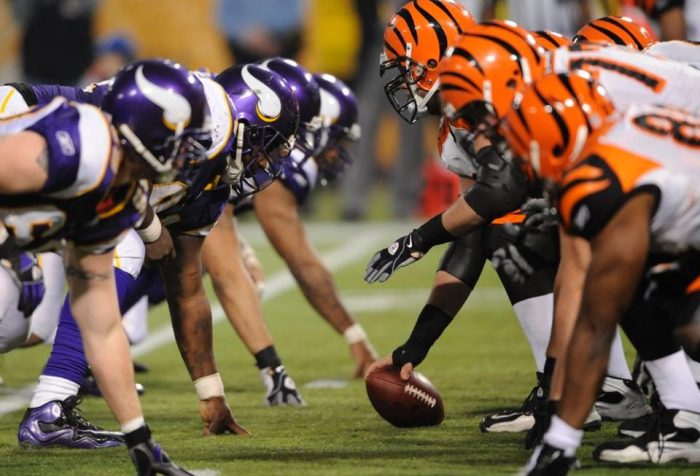 Cincinnati Bengals (5) – Kyle Pitts, TE, Florida. In today’s NFL, passing has become the go-to strategy. There is no scarier prospect than Kyle Pitts. A matchup nightmare, Pitts can play both the TE position, as well as going out wide. 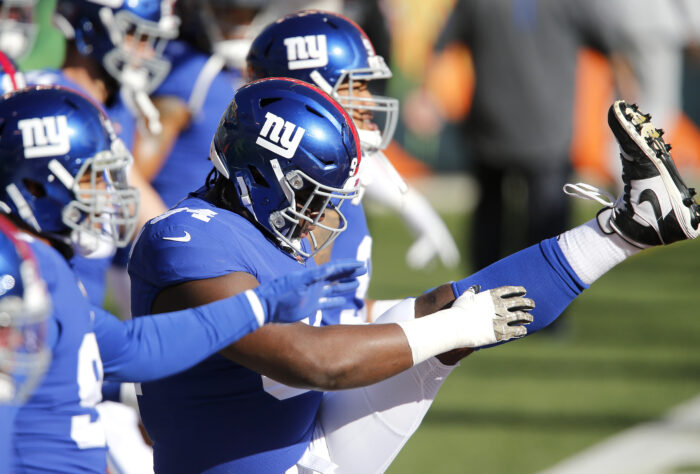 Miami Dolphins (via Philadelphia) (6) – Penei Sewell, OL, Oregon. With the signing of Will Fuller, Miami can focus on other areas of need. One such area is the offensive line. Sewell is regarded as the top OL prospect and should help keep Tua upright. 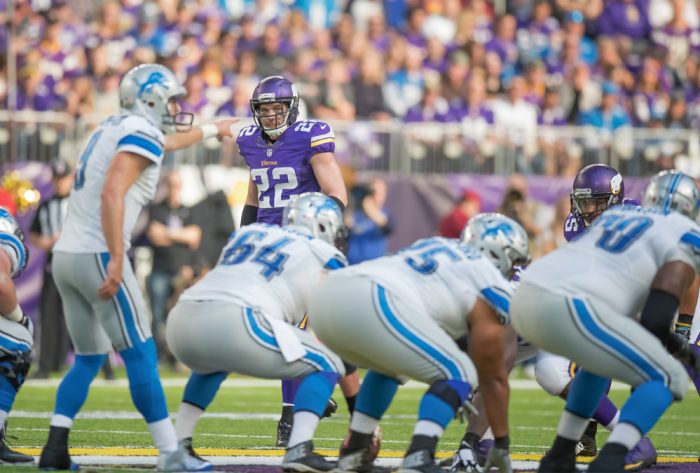 Detroit Lions (7) – Ja’Marr Chase, WR, LSU. Detroit strikes gold with Chase falling to them at 7. Gives Jared Goff a weapon on the outside. Chase gives the Lions a legit threat on the outside. 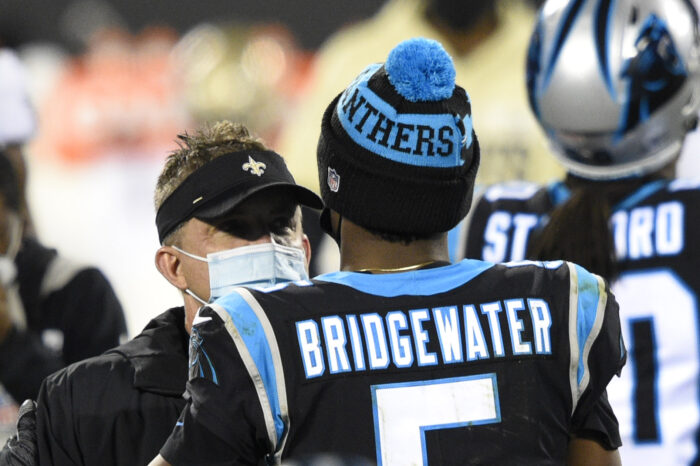 Carolina Panthers (8) – Rashawn Slater, OL, Northwestern. With the recent trade for a QB, Carolina can now focus on other areas. Grabbing Slater would give Carolina a franchise LT. 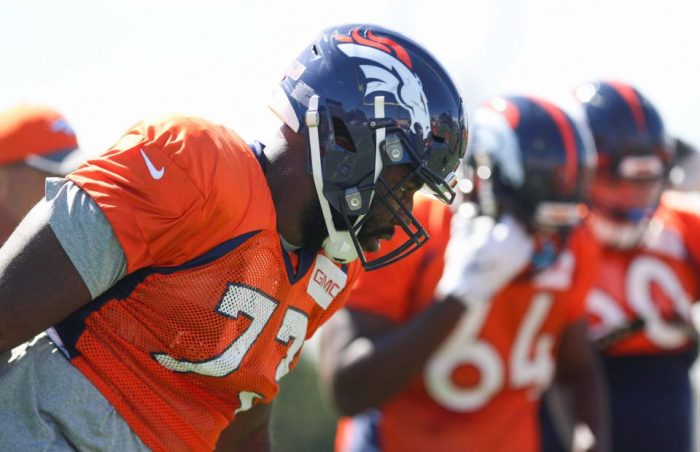 Denver Broncos (9) – Trey Lance, QB, NDSU. Denver finally gets their QB of the future in Lance as a result of the Darnold-to-Carolina trade. Lance can come in and compete with Drew Lock or could sit if he needs more time. 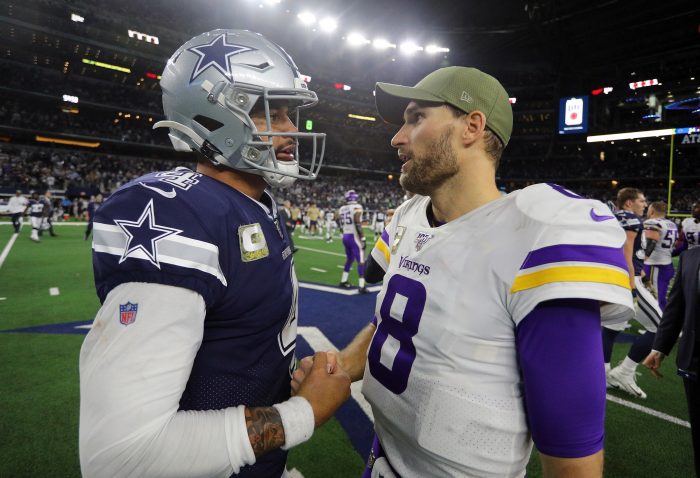 New York Giants (11) – Jeremiah Owusu-Koramoah, LB, Notre Dame. Big play threat from JOK gives the Giants a rookie with extreme upside. Body style between safety and linebacker could give the Giants a 2-for-1 playmaker.

Philadelphia Eagles (thru Miami via San Francisco) (12) – Jaylen Waddle, WR, Alabama. Philadelphia gets their pick between Waddle and Devonta Smith but chooses Waddle for his speed. While there are some health concerns, Waddle brings a deep threat to Philly.

Washington Football Team (via Minnesota) (14) – Micah Parsons, LB, Penn State. Washington moves up to keep Parsons from falling. Parsons can come in day 1 and man the middle for Washington. 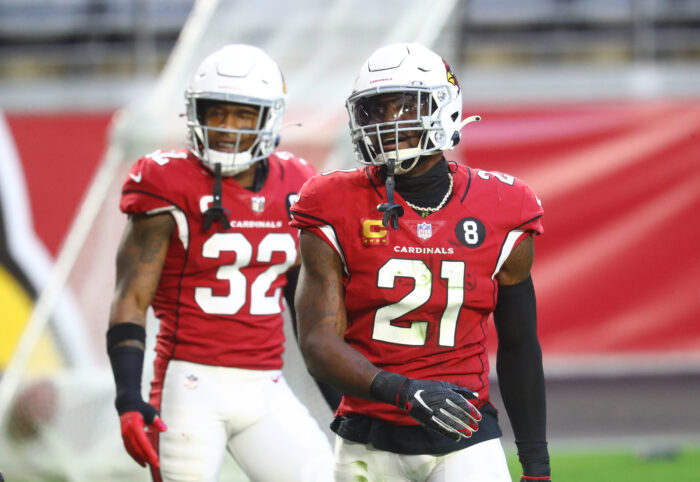 Arizona Cardinals (16) – Caleb Farley, CB, Virginia Tech. Cardinals pick Farley in hopes that his back surgery does not hinder his play. Could be a steal with Farley dropping this far. 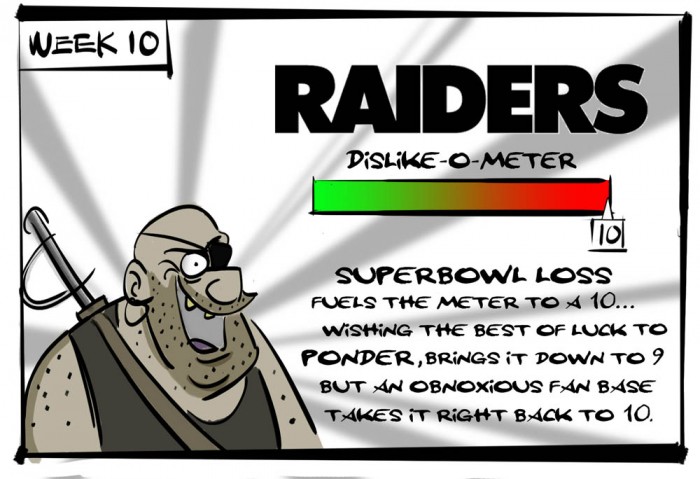 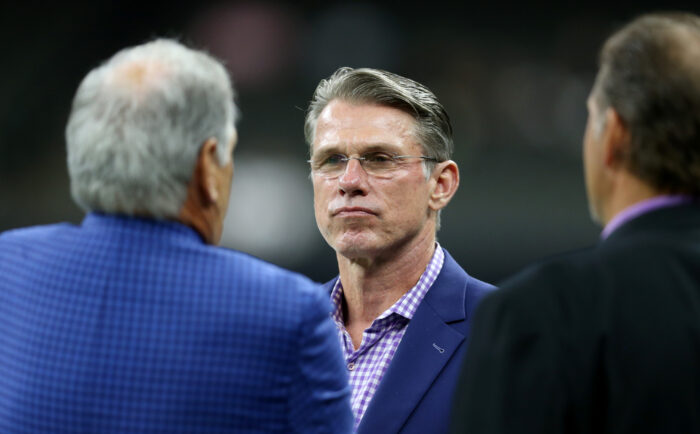 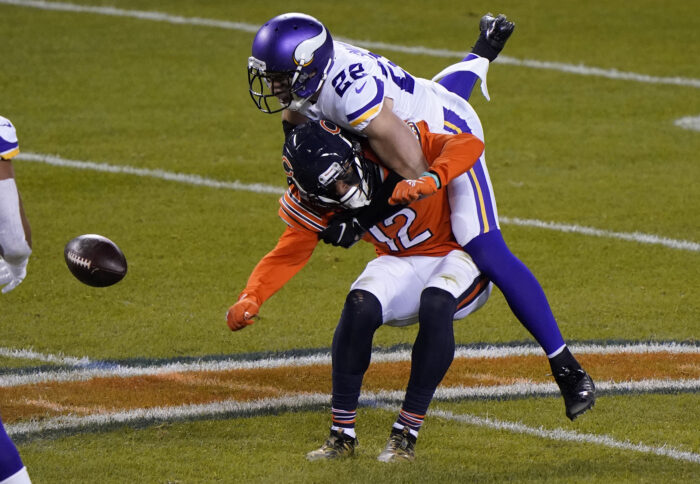 Chicago Bears (20) – Samuel Cosmi, OL, Texas. To keep Andy Dalton upright, Chicago selects Cosmi with the 20th pick. Cosmi can play both sides of the line and should see time at RT for the Bears. 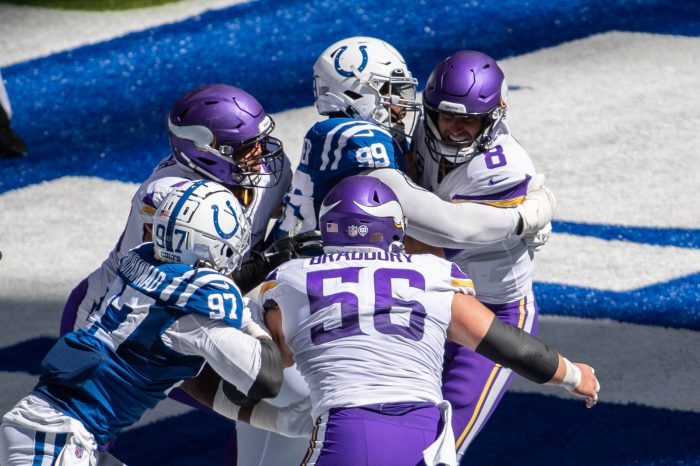 Indianapolis Colts (21) – Alijah Vera-Tucker, OL, USC. Vera-Tucker paired with Quenton Nelson is a recipe for keeping Carson Wentz upright. Vera-Tucker was primarily a guard at USC but would shift to LT for the Colts. 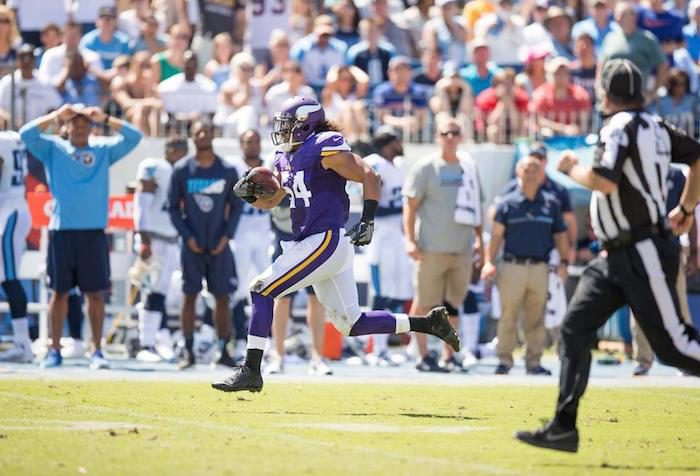 Linebacker Eric Kendricks and the rest of the defense helped the Vikings get off to a hot start this season. (Vikings.com) 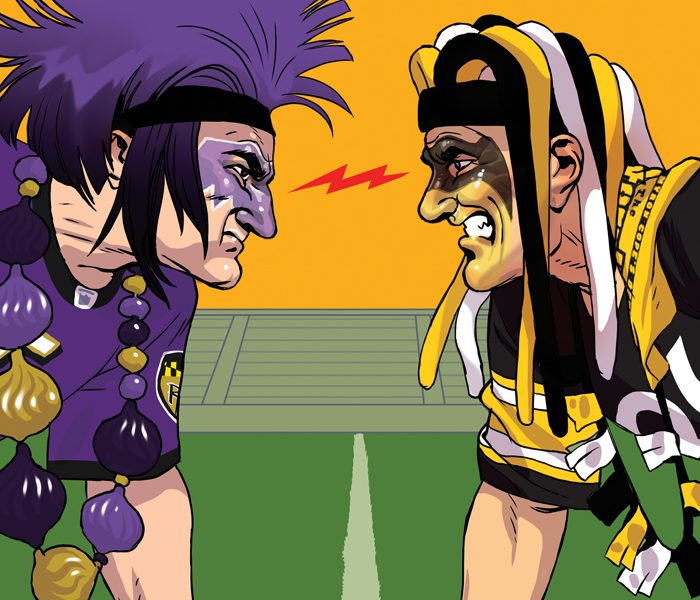 Pittsburgh Steelers (24) – Creed Humphrey, OL, Oklahoma. Humphrey is a safe selection for the Steelers who have a solid offensive line already. Humphrey

Jacksonville Jaguars (via Los Angeles) (25) – Trevor Moehrig, S, TCU. Jacksonville gets help in the secondary with the selection of Moehrig. Big hitter and forced the most pass breakups in the NCAA in 2020. 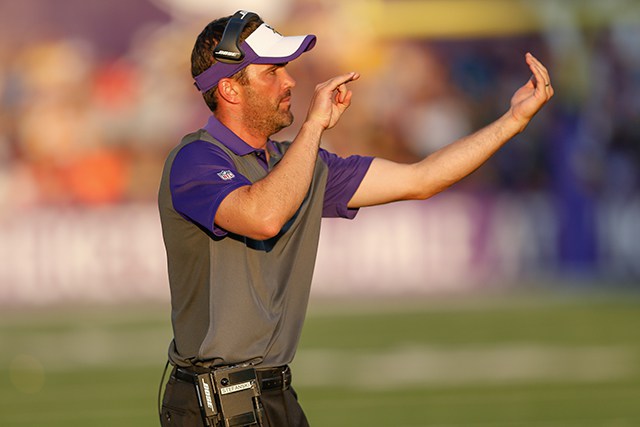 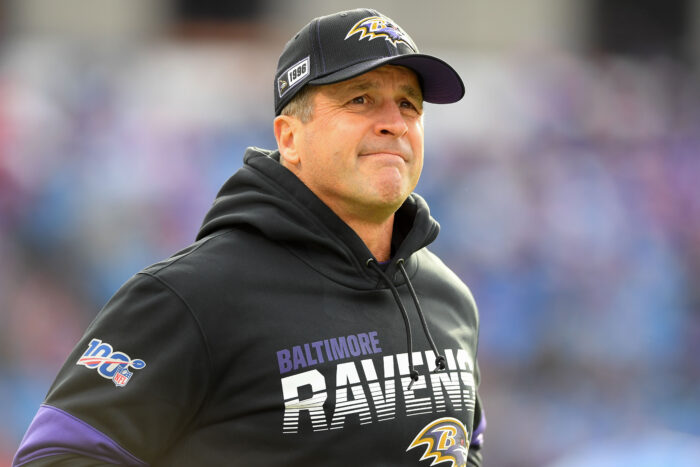 Baltimore Ravens (27) – Kadarius Toney, WR, Florida. The Ravens signed Sammy Watkins to a 1-year deal, but Toney also gives Lamar Jackson another weapon. Toney gives the Ravens both a slot threat as well as an outside threat. 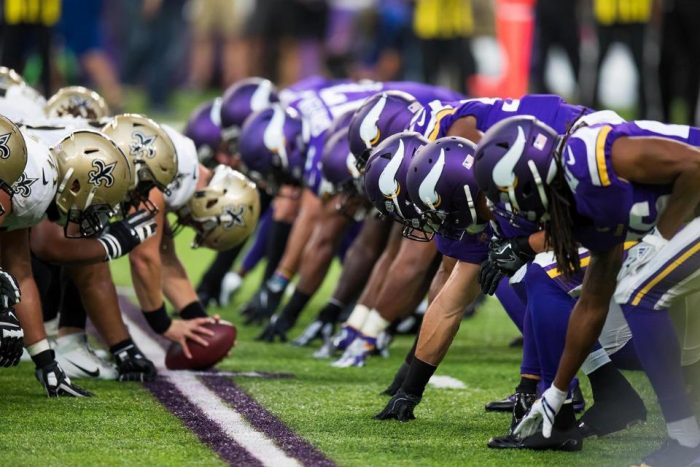 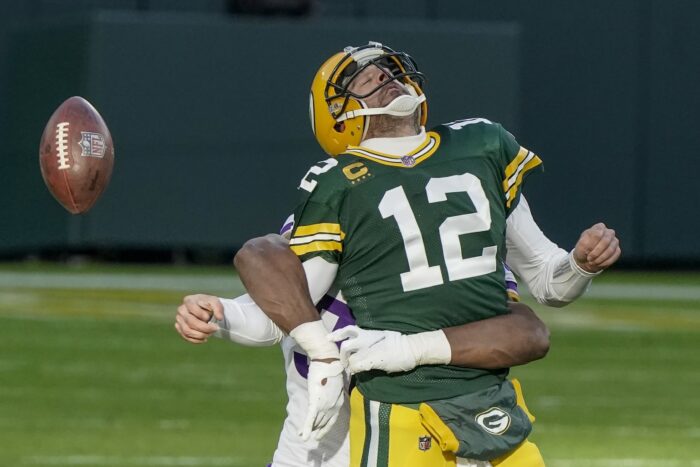 Green Bay Packers’ Aaron Rodgers fumbles the ball as he is hit by Minnesota Vikings’ D.J. Wonnum during the second half of an NFL football game Sunday, Nov. 1, 2020, in Green Bay, Wis. (AP Photo/Morry Gash)

Green Bay Packers (29) – Zaven Collins, LB, Tulsa. Instead of giving Aaron Rodgers another offensive weapon, the Packers go defense with their pick. Collins comes into the Packers’ LB core and brings a dominant presence with him. 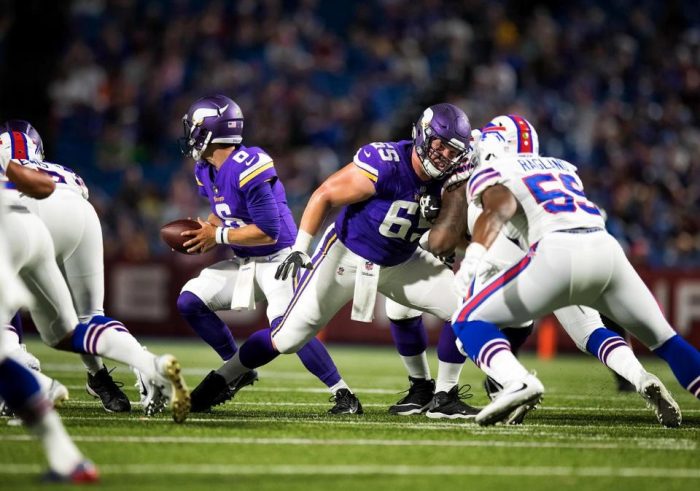 Buffalo Bills (30) – Jayson Oweh, DL, Penn State. The Bills’ selection of Oweh gives them a long and explosive defender. Raw edge rusher that can be a force if he can develop some pass rush moves. 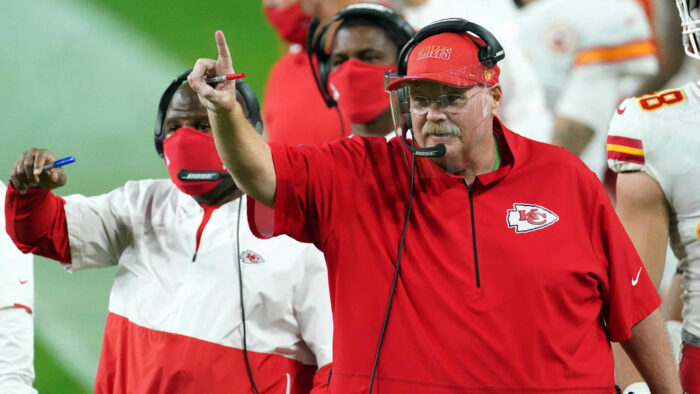