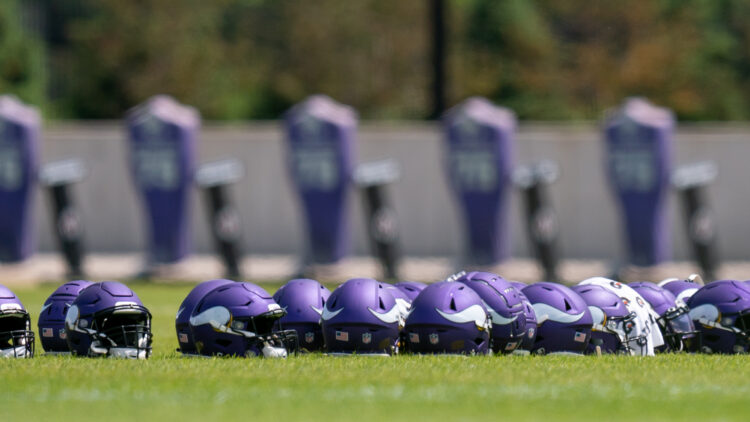 NFL.com projected a team MVP for each team heading into 2021 on Thursday in an article by Dan Hanzus.

No such surprise followed the Minnesota Vikings — except for the crowd that foresees Justin Jefferson as the team MVP — as Dalvin Cook took home the projected MVP. 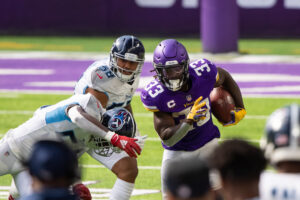 “You cannot tackle Dalvin Cook. The Vikings star has averaged 3.1 yards after contact per carry over his NFL career, per PFF. That’s Hall of Fame level of elusiveness for the 25-year-old, who piled up huge numbers in 2020 behind an offensive line that struggled to create running lanes for its star running back. New offensive coordinator Klint Kubiak knows it’s Cook, not Kirk Cousins, who acts as the straw that stirs the drink for the Vikings’ offense, and a 400-touch season is not out of the question for Cook in the league’s first 17-game season. If his body holds up, Cook could produce yards and touchdowns at a level no other running back will match in 2021.”

That’s esteemed kudos for the Vikings tailback. During Cook’s first two seasons, his overall performance was plagued by injury as the Florida State alumnus missed 53% of all games in 2017 and 2018. As of 2019 and 2020, however, Cook, for the most part, has remained healthy.

Side-note fact: The only two running backs to exit the 2020 season without injury while playing all 16 games were Derrick Henry and Devin Singletary.

Back on Cook, since the start of 2019 — the beginning of Cook’s injury-free streak — Minnesota ranks third in the NFL in rushing yards behind the Baltimore Ravens and Tennessee Titans. By himself, Cook ranks second in both rushing yards and rushing touchdowns. The aforementioned Henry is tops in both parameters, and the Titans runner has played three more games than Cook.

Cook, who will turn 26 years old in August, executed the best season of his career in 2020 — a season for the Vikings that was otherwise underwhelming. Minnesota started the campaign with a 1-5 record, displaying obvious maladies early on likely because injuries tormented the defense. After the putrid start, the Vikings climbed on Cook’s back, locking in a 6-4 finish to the season. Cook was even briefly mentioned as an MVP candidate for a week or two, but that award was ultimately snagged by Aaron Rodgers in, what might have been, his final NFL season.

Cook has a robust assignment in 2021. He will once again be the engine of Minnesota offense as the franchise has rushed the ball 944 times since 2019, the fourth-most in the NFL. It is doubtful that head coach Mike Zimmer will suddenly reduce his allure for running the football, therefore lining up Cook for another big season.

And Cook should have a more reliable bunch up front harvesting daylight. The Vikings drafted Christian Darrisaw and Wyatt Davis in April, signaling a shift in philosophy toward size over agility. Minnesota offensive coordinators tend to embrace a zone-blocking scheme — and probably still will — but Darrisaw and Davis are larger men more akin to traditional linemen, not the athletism-over-girth appetite usually fawned over by the Vikings.

Minnesota starts the season with back-to-back road games this September (at Cincinnati, at Arizona) for the first time since 2013.