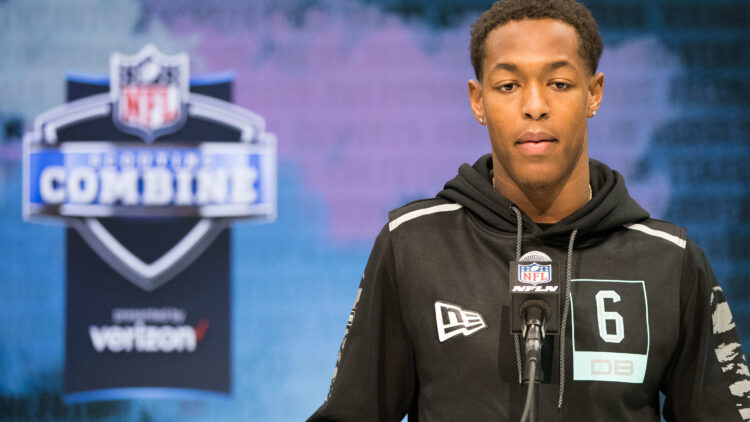 Interesting storylines tickled the Minnesota Vikings offseason from January to September. From the return of Everson Griffen, the retirement of Gary Kubiak, the drafting of a rookie quarterback as a contingency plan, to Danielle Hunter’s contractual kumbaya, a dull moment was scarce.

But none of those stories is as surprising or strange as the recent developments pertaining to Cameron Dantzler.

Dantzler, a second-year cornerback from Mississippi State selected in the 3rd Round of the 2020 NFL Draft, is in the doghouse. Put simply, his summer wasn’t very good. Therefore, he was passed on the depth by players like Kris Boyd and Harrison Hand – after the heavy hitters like Patrick Peterson, Bashaud Breeland, and Mackensie Alexander also usurped the 23-year-old Dantzler for roster positioning.

When the Vikings released their Week 1 depth chart for 2021, Dantzler lived on the document with a bold CB6 next to his name. Then, Minnesota deactivated him against the Cincinnati Bengals, meaning he couldn’t even dress for the game. And at some point recently, the San Francisco 49ers reportedly called about Dantzler’s trade availability, according to David Lombardi of The Athletic.

The #49ers inquired about a trade for #Vikings CB Cameron Dantzler, per @LombardiHimself.

In about eight months, Dantzler went from the NFL’s highest-graded rookie cornerback by Pro Football Focus to alleged tradebait, surpassed on a depth chart by men who were rumored by some to be on the roster bubble. It’s just bizarre.

Dantzler began his rookie season rusty – many rookies do – after a torching by Aaron Rodgers and Davante Adams in 2020 at U.S. Bank Stadium. Steadily, he improved thereafter but suffered a scary injury against the Packers at Lambeau Field. His season was in doubt – hell, his career looked iffy due to the spookiness of the injury – and the Vikings were down to bare bones at corner. But Dantzler returned sooner than forecasted. From that moment on, he was terrific. He displayed mini-shutdown qualities during the back half of the Vikings pandemic season.

Now, he must fight to crawl back up the depth chart. A fall from grace this sudden – this weird – is foreign for Vikings dealings. Never forget: Mike Zimmer “loves his cornerbacks,” so the mystery intensifies knowing Zimmer should, in theory, do anything to fix Dantzler’s summer woes.

Minnesota might need the good version of Dantzler before too long. Bashaud Breeland, who stole the starting CB job this summer, played poorly against Cincinnati in Week 1. The Vikings have a lot of cornerback bodies to mix and match, so the leash for Breeland will tighten if he struggles against the Arizona Cardinals and Seattle Seahawks.

One would think that could be an opening for Dantzler. But we shall see.

Trading him is unlikely, even though the 49ers were evidently interested. Dantzler is too young for the Vikings to vacate hope, and he’d likely only fetch a 5th Round pick or so. Although, NFL trades are an inexact science. Ask the Rams.

It was a nice thought for John Lynch to inquire, though. It seems San Francisco filled its CB need on Monday with the free-agent acquisition of Dre Kirkpatrick.

The #49ers are finalizing a deal for veteran CB Dre Kirkpatrick, source said, some starting experience following the injury to Jason Verrett. Kirkpatrick, who most recently played for the #AZCardinals worked out for SF recently and impressed.