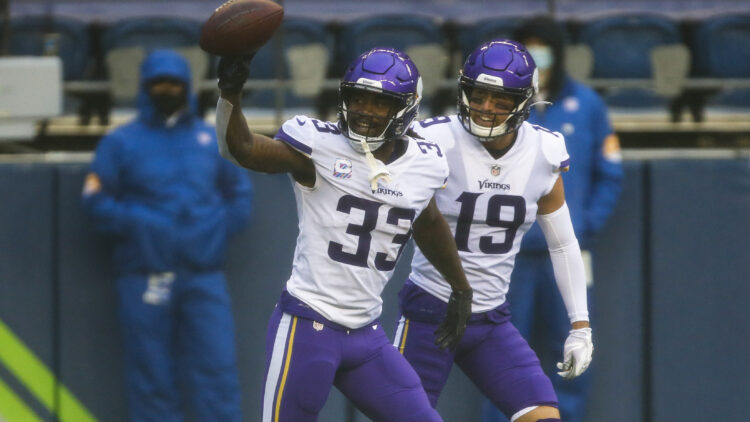 After suffering an ankle injury in Arizona, Dalvin Cook’s status going into Sunday’s home opener against Seattle is very much up in the air. Cook is trending towards missing Friday’s practice, meaning he will not have practiced at all this week.

Vikings RB Dalvin Cook doesn’t look to be practicing again today after sitting out practices Wednesday and Thursday due to an ankle injury suffered last Sunday at Arizona. He left the field after stretching with his helmet in his hand. And CB Harrison Hand is working on the side.

Needless to say, this would be a very big blow to the Vikings offense. Cook’s running ability has been the catalyst for Minnesota, and he proved to once again motorize the team towards 33 points and 419 yards on Sunday.

It is especially disheartening as Cook probably would have been able to produce another big week against a Seahawks run defense that let Derrick Henry rack up 182 yards and three touchdowns.

However, Minnesota still has options. Last year when Cook went down against Seattle, Alexander Mattison stepped in and had a very productive day. Whether or not Cook is able to go this weekend, Mattison will likely have to rely on him to certain extent once again. Additionally, Seattle’s secondary isn’t exactly the most threatening unit in the league, so Kirk Cousins should be able to move the ball down the field.

In addition to Cook’s questionable status, the Vikings have also announced that all three of Anthony Barr, Christian Darrisaw, and Harrison Hand have been listed as out for this week’s game. Barr and Darrisaw have yet to see the field to begin this regular season, but they seem to be making solid progress towards a return. They’ve both been practicing throughout the week. Hand was a big scare after being put on the COVID list, but since then, he has been taken off. It appears that he was just a “close contact”, so it is no longer a concern. However, the hamstring injury that kept him out last week is what will keep him out of Sunday’s game.

The notable no-show on this list is Everson Griffen, who was held out of the Cardinals game with a concussion. He seems set to return to action this weekend, and that should provide some help for the Vikings passs rush as they try to contain Russell Wilson.

At any rate, the importance of this game cannot be understated for both teams. Seattle finds themselves as the only team in the NFC West with a loss right now, and they need a win to keep pace with the rest of their division. Likewise, Minnesota’s 0-2 start is not the way you want to begin a playoff run. We aren’t in must-win territory yet, but a win would go a long ways towards righting the wrongs of the Vikings slow start.