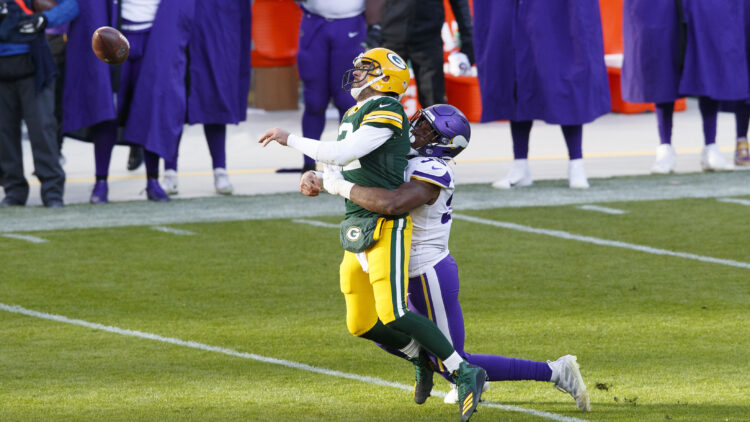 Vikings fans asked predicted it in August – and they nailed it.

D.J. Wonnum will start at right defensive end for the Minnesota Vikings in 2021 after a long summer battle with Stephen Weatherly – and the surprise news of Everson Griffen’s addition to the roster.

This news arrived as the Vikings released their unofficial Week 1 depth chart.

Fans of the team were unscientifically polled on the topic a few weeks ago:

Who starts at RDE for the Vikings Week 1?

Your prediction — not what you want.

During training camp, Minnesota was innovative with Wonnum’s usage. Head coach Mike Zimmer toyed around with him in a linebacker capacity. Zimmer doesn’t implement a 3-4 defense – he’s a 4-3 guru – but Wonnum saw some 3-4 utilization. That was enough for a simple majority of Vikings enthusiasts at the time of the poll. Wonnum possesses a higher upside than Weatherly – that’s the working theory anyhow – so Zimmer is tapping into youth for this decision to anoint Wonnum the RDE1.

Wonnum was the man who strip-sacked Aaron Rodgers in a November game last season at Lambeau Field. The play ended the game, kickstarting a temporary resurgence by the Vikings after a stinky 1-5 start to the pandemic season. Minnesota even dragged the win-loss record back to .500 before collapsing all over again. It was Wonnum’s game-ending sack that spurred the brief revival – that and Dalvin Cook’s mayhem imposed on defenses.

Earlier in the summer, Wonnum grabbed an interception from Jake Browning in the Vikings first organized scrimmage at U.S. Bank Stadium a few weeks ago. The man makes headlines. He’s a playmaker. Wonnum makes noteworthy plays whereas Weatherly is a grinder, making his impact in reservist duty as he did in 2018 when the aforementioned Griffen missed several games.

Wonnum must stave off Everson Griffen at RDE in the long-term. Griffen is a Vikings legend, and he looked magnificent in preseason action against the Kansas City Chiefs. It would not be bizarre at all if Griffen reclaimed his 2014-2019 job sometime in 2021.

Along with Danielle Hunter, Michael Pierce, and Dalvin Tomlinson, the Vikings defensive line will face Joe Burrow of the Cincinnati Bengals this Sunday at Paul Brown Stadium.