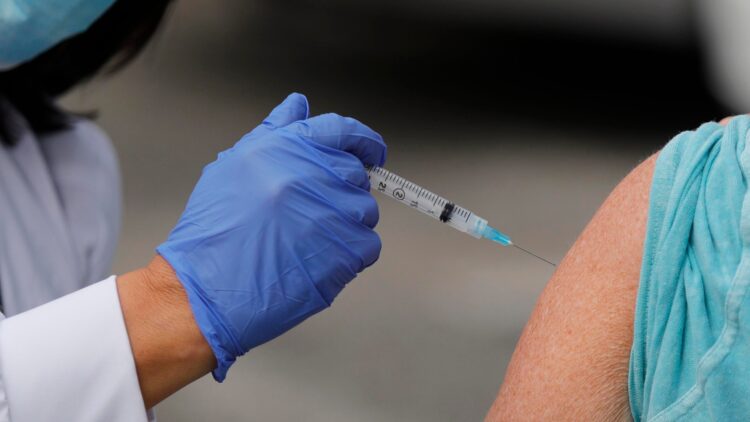 Disclaimer: This article will not attempt to persuade you the COVID-19 vaccination is “right” or “wrong.”

It didn’t take long for COVID malarkey to hit the NFL — the regular season hasn’t even started. This Thursday, the Super Bowl champion Tampa Bay Buccaneers will host the Dallas Cowboys. And here’s the noteworthy news of the day on the topic:

Dallas will be without the services of its four-time All-Pro RG Zack Martin. He tested positive for the virus.

Certainly, this does not mandate the Minnesota Vikings will encounter COVID-related stuff before the Week 1 trek to Cincinnati. But it is a cautionary tale on what might happen to the Vikings down the line. This is also applicable to every NFL team.

The Vikings, though, are at a disadvantage for NFL protocols because of vaccination rate and subsequent quarantine rules if a player is beset by the virus. Non-vaccinated players must stay away from the team for five days if they are in close proximity to a virus-stricken player. To make matters worse, just a couple of weeks ago, Minnesota ranked at the bottom of the NFL for vaccination rate.

Dr. Michael Osterholm spoke to the Vikings, who have the NFL's lowest vaccination rate, this morning about the COVID-19 vaccines.

Mike Zimmer: "He answered a lot of questions. Whether or not that changes anything, I don't know."

The current total of not-fully-vaccinated players reportedly stands at 12.

12 of the current 53 players on the #Vikings active roster (23 percent) are either not vaccinated or have not received a full dose of the COVID-19 vaccine including 5 starters (Kirk Cousins, Adam Thielen, Dalvin Cook, Harrison Smith, and Dalvin Tomlinson)

Because the virus hit the Cowboys heading into Week 1 — a team supposedly near the top of the NFL for vaccine rate — the idea that “COVID in the NFL might not be that big of a deal” in 2021 is quite suspect. If a highly-vaccinated team can lose a player or players in Week 1, then Minnesota should be among candidates to experience the same thing. The question is when.

What’s more, the bevy of names that are allegedly unvaccinated doesn’t help matters. In the tweet above, Cousins, Thielen, Cook, Smith, and Tomlinson are theorized as unvaccinated (or not-fully vaccinated) players. They would be men subject to the five-day quarantine if any player contracts COVID. Oofta.

Thankfully, this situation shouldn’t loom for a single player beyond a week or two. Just as it’s applicable to Dallas, the season would not be toast if Zack Martin or Kirk Cousins miss a game or two. The timing is crucial — no team wants to be without its best players in December — but the timeframe for missing games should, in theory, be limited to one or two games.

Other teams — notably the Tampa Bay Buccaneers and Atlanta Falcons — have purportedly reached a teamwide 100% vaccination rate. In preaching “availability is the best ability,” the Buccaneers and Falcons won’t have to segregate any players for five days due to COVID. The Vikings have to worry about 12.

On depth to replace the Vikings best players in these scenarios, well, that’s debatable. Some folks believe the team’s depth is tremendous, particularly when compared to 2020. The Vikings were down to nubbins in 2020 for defensive players. Yet, this “the Vikings are deep” mindset is not universally believed.

The Vikings roster is a complete scam. Looks solid on the surface, but after a quick dive into the fine print you quickly realize it’s best to disassociate yourself from it as much as possible

And that creates a big ‘ol “we shall see” for the efficacy of the depth — with or without COVID absences.

All in all, be prepared. The events that happened with the Cowboys over the weekend are not exclusive to the so-called America’s Team. COVID can affect any NFL team — and especially the Vikings because of low vaccine engagement.