Cousins, Not Cook, Is Key to Seahawks Matchup 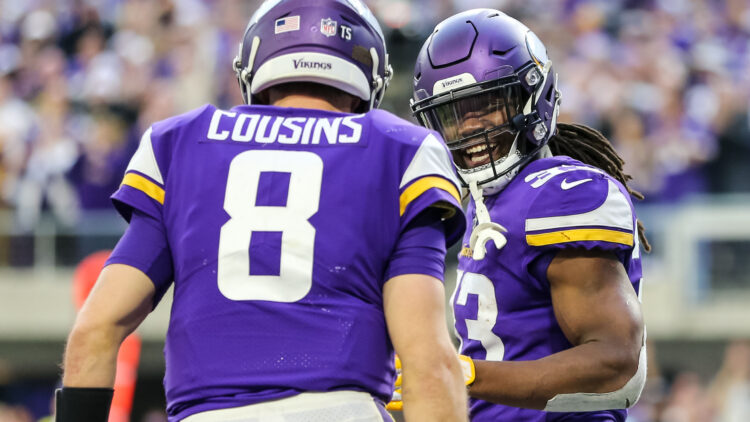 Kirk Cousins has 105 starts over 10 NFL seasons. He’s been under the microscope for much of his career and for much of his time in Minnesota. There’s not a lot of mystery about who he or is or what kind of quarterback he is.

Even so, Sunday marks an opportunity for Cousins to make a big statement.

Consider this list of factors as you build the context for this week’s Vikings games.

The Vikings come into Sunday’s game at 0-2. While one can argue they’re only two plays away from being 2-0, those two plays didn’t happen. So the record remains 0-2, and it doesn’t take long to go through the list of teams in the past who’ve made the playoffs after starting 0-3.

The opponent on Sunday is long-time nemesis Seattle, a team who lost at home last week but a team that features a superstar quarterback in Russell Wilson who in seven games has never lost to the Vikings.

Dalvin Cook, the engine of the Vikings offense, is questionable to play due to an ankle injury that kept him out of practice all week. He may play. He may not. Either way, the Vikings will not have the services of a healthy Cook.

You can start to see why this is such a big spot for Cousins. But here’s the rub. This is not a situation where Cousins has to author a dramatic shift in his performance to overcome these factors and make up for the potential void of Cook’s absence. Cousins is already playing the way he needs on Sunday for the Vikings to pull out their first win of the season. He has completed 71.6% of his passes through two games for 595 yards with five touchdowns and no interceptions. That’s a passer rating of 112.9. In both games, he’s led 4th quarter drives to put the team in a position to win. Simply put, he’s been dynamite.

Last point on this: Seattle is ripe for the picking on defense. They have depth and talent up front, so the Vikings offensive line will have its hands full. But that group is coming off a much-improved outing in Week 2, and another step forward from them will provide Cousins and Co. with enough time and protection to go to work. And if that happens, the U.S. Bank Stadium scoreboard operators will be busy folks. Seattle’s defense surrendered 347 passing yards to Ryan Tannehill last week and also allowed 212 rushing yards on 40 carries during the game. They have no interceptions and have only gotten their hands on five of the 78 pass attempts.

It all comes down to being a big opportunity for Cousins. If he produces a game on track with what he’s produced in the first two weeks, at worst, the Vikings will be in another nail-biter late in the game. And at some point, the odds are the Vikings will come out on the right side of one of those. And at best, a standard 2021 Cousins performance in this game will be more than enough to earn the first victory of 2021.

The bottom line is Cousins is just playing way too well for the Vikings to be 0-3.