Cordarrelle Patterson back with Vikings? Not so fast… 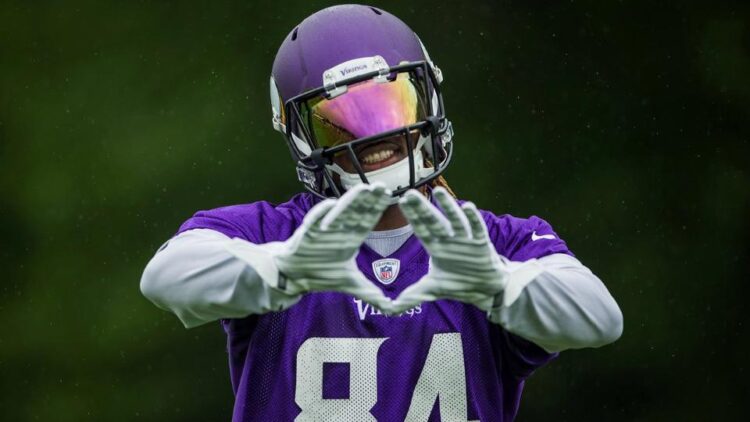 Each year I always forget what the date is around this time of year and then after getting all worked up about the “news” that day I realize it’s far too late for us to run our own coordinated April Fool’s Joke.

Beyond that, it’s become so expected at this point that the real joke may be that we’re not running any fake headlines at all. That sounds like the contrived humble brag of a hipster, but I feel like we as Minnesota Vikings fans have been through enough and that getting people’s hopes up with fake signings or trades is like twisting the knife that is stuck in the back of the captain of the Titanic.

The reality of the situation is already rough enough, why even bother making it slightly worse?

Heading back to Minnesota!!

I’m glad he clarified because I knew it was April 1st for once, but when I saw his Tweet come through as a notification on my iPhone I genuinely thought it was real and started writing about the outsized impact he’d have as the kick returner on a team thats success is heavily predicated on field position.

Then I saw the second Tweet come through and it felt tangible sadness. Don’t get me wrong, Patterson isn’t a blue chip free agent, however the Vikings know as well as anyone the value he brings as one of the best kick returners of all time.

The Vikings drafted KJ Osborn in the fifth-round of the 2020 Draft, and also re-signed Ameer Abdullah this free agency period, to try to fill the void(s) that Patterson (and punt returner Marcus Sherels) left when he signed with the Raiders after the 2016 season. While It may be too early to completely write off Osborn, it has been clear that the Vikings have yet to find any semblance of an answer at either teturn spot and could really use a player like Patterson on special teams.

Beyond that, despite posting what was by far a career low in yards per attempt in 2020, Patterson was an absolute beast in the run game (in terms of YPC) his first two seasons in Minnesota. Considering the Vikings’ focus on the run game and need for a third wide receiver, Patterson could be a cost effective option that improves upon multiple positions simultaneously.

Too bad his Tweet was only a joke. Although… Since that Tweet got everyone in Vikings media and land discussing Patterson? Perhaps it was a negotiation tactic posted under the guise of an April Fool’s Joke.