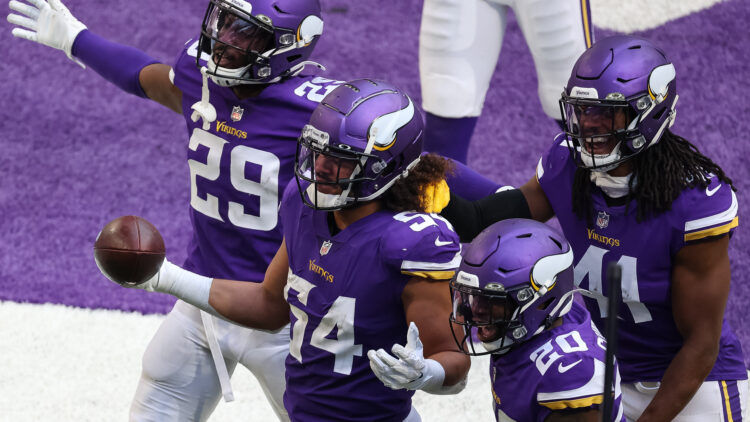 Who is the best player on the Minnesota Vikings roster?

That’s a subjective question. One thing for sure is Eric Kendricks is good at football and is in that conversation.

The Vikings selected Kendricks in the second round of the 2015 draft, a year after selecting his teammate from UCLA in the first round. Kendricks started his career well in Minnesota, even voted to the PFWA all-rookie team in 2015.

It was Anthony Barr, though, who was perceived as the star out of the pair, being voted to four straight pro bowls between 2015 and 2018. As Barr’s career has been on the downslope with numerous injury problems, Kendrick’s has been on the upslope. It’s not just in Minnesota where Kendricks is appreciated. He’s recognized leaguewide as one of the top linebackers in the game.

After four solid, respectable seasons in the league, it was in 2019 that Eric Kendricks broke out and announced himself as an elite player. Gaining the national attention his play warranted, he was voted to the Pro Bowl and the more relevant first-team all-pro recognition. Pro Football Focus gave him an elite overall grade of 90.2 for the season.

He was having another good season in 2020, graded 82.6 by PFF, holding a poor Vikings defense together. Following a season-ending injury that caused him to miss the last five games, the Vikings defense fell apart, and the team fell away from playoff contention.

This season Kendricks was back in a new look revamped defense, which even saw the return of Anthony Barr in Week 5. Like most of his defensive counterparts, the majority made up of new signings or players returning from injury or opting out. It took time for Kendricks to settle back in and perform towards his best. He is now starting to do that.

His overall grade from PFF has been steadily climbing in recent weeks, with a 76.3 grade last week. His season grade is up to 74.7 after the Panthers matchup.

This makes him currently the fifth highest-graded player in the Vikings defense. Behind only the four starting linemen from the last game (Griffen, Watts, Tomlinson, Hunter), he has every chance of moving up that list before the end of the season. He is the ninth highest-graded linebacker in the league, and his coverage grade of 85.5 is a league-high at linebacker. In the area he excels in the most, he is still as good as it gets.

He also has the fifth-most tackles in the league with 60. He was higher on the list before a relatively quiet game against the Panthers. Only five tackles and a sack this past Sunday is a slow day at the office by Eric Kendricks’ standards. Averaging 10 tackles a game puts him on pace for 170 tackles for the season. That is a staggering pace. If he were able to keep that up, he would have a fine season. As he said himself postgame on Sunday, the Vikings- including himself – have yet to reach their full potential over a full game, and that needs to change going forward.

At 29 years old, there are more good years ahead for Kendricks – injury permitting. His contract in Minnesota runs through to the end of the 2023 season when he will be approaching 32. Hopefully, there is plenty more good football from Kendricks up to that point. There’s no reason why there shouldn’t be. The current Vikings regime is known to reward their talented veterans and like to keep them in town — see Harrison Smith’s contract extension this season. Maybe Kendricks will be rewarded in the same way at some point down the road. I’d certainly like him to stay in purple for his whole career.

If he continues to perform at such a high level, there is no reason why that shouldn’t happen.