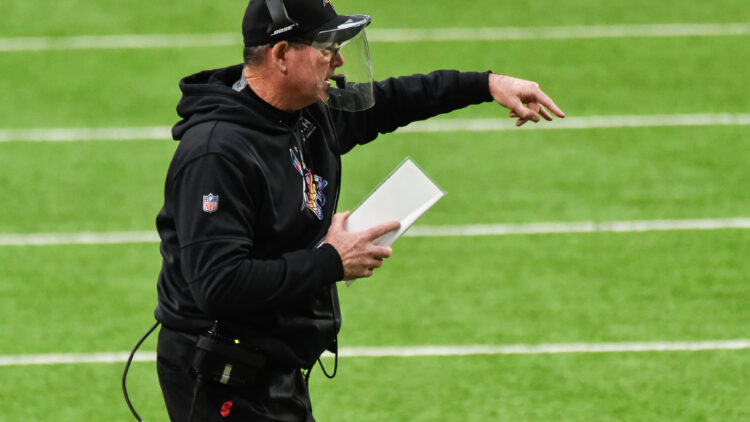 A week ago, Pro Football Network also ranked all NFL head coaches, plopping Zimmer lower than CBS Sports at the 20th hole. So, you know, growth.

Slightly better than average — that’s the general opinion of Zimmer through seven full seasons with the Vikings. Zimmer’s major critique — echoed by Vikings fans and national punditry alike — is his inability to jell consecutive seasons of playoff football. Annually, Minnesota alternates damn good campaigns with subpar [and hence disappointing] ones.

Cody Benjamin used this as his 15th-in-the-league rationale for the ranking of Zimmer:

“This is a perfect spot for Zimmer, whose Vikings have literally had an on-again, off-again relationship with the playoffs since he took over: Since 2014, they’ve been out, in, out, in, out, in, out. So they’re due for a return to the postseason, and that makes sense considering his “D” — almost always stingy — is set to rebound. Like his QB, however, he might always be good rather than elite.”

Aside from a lousy defensive showing in 2020, Zimmer’s Vikings team habitually showcases a top-tier defense. The 2020 batch of defenders was putrid on the whole as Danielle Hunter, Michael Pierce (COVID opt-out), Anthony Barr, Eric Kendricks, and Mike Hughes all missed an ample amount of time. To combat this from happening again, general manager Rick Spielman went on a tear signing defensive free agents like Patrick Peterson, Dalvin Tomlinson, Bashaud Breeland, Sheldon Richardson, and others.

And those additions should bode well for the 2021 Vikings. Here are some notable defensive rankings by the Vikings on Zimmer’s watch (2014-2020):

Minnesota’s defense will necessitate a return to normalcy in order for the 2020 season to become a distant memory. A cliffdive from fifth-best in the NFL during 2019 via points allowed — to 29th during the pandemic season left onlookers to determine if Zimmer “still has it.”

Just once, it would be ideal for the Vikings to pair an upper-echelon defense that was on display in 2017 or 2018 — with an offense similar to 2020 when the team gained the third-most yards leaguewide.

That’s the utopian scenario, mixing in a kicker who can offer some reliability.