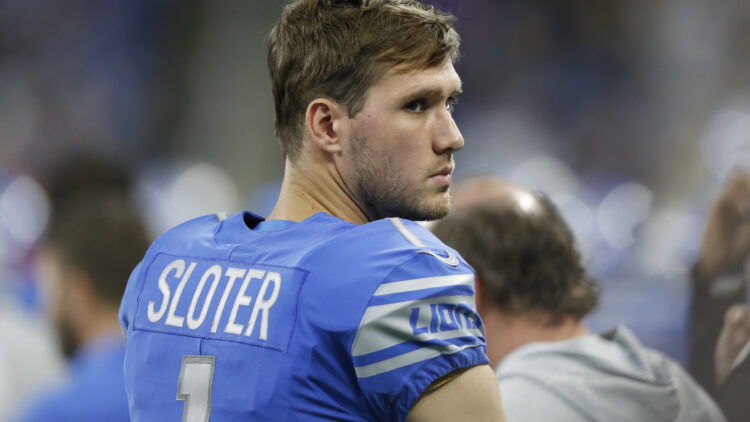 A contributor to recent Minnesota Vikings folklore — albeit the preseason edition — is available via free agency.

Quarterback Kyle Sloter was waived by the Las Vegas Raiders on Thursday, capping another brief chapter in the career of the 27-year-old. Sloter has now spent time with the Denver Broncos, Minnesota Vikings, Arizona Cardinals, Detroit Lions, Chicago Bears, and Raiders. Maybe he will travel to Wisconsin to finish off the NFC North checklist.

Adored by the masses, Sloter captivated preseason-watchers of football. He was waived by the Vikings in 2019, and his journey has been a rollercoaster of teensy stops thereafter. Every time he stops somewhere new for a fresh start — fans believe that will be the time general managers and coaches will figure out his pedigree, just as the fans did long ago from their sofas.

In a similar vein, Washington Football Team quarterback, Taylor Heinicke, experienced a little Sloteresque love affair when he rounded out the Vikings depth chart in 2015 and 2016. Again like Sloter, Heinicke was jettisoned from the Vikings and landed at multiple destinations. Finally, he caught on — if only for one game — during the 2020 NFL playoffs. Heincke looked like he belonged quarterbacking a playoff team in Washington’s loss to the eventual Super Bowl champion, Tampa Bay Buccaneers. Heinicke started in place of Alex Smith and Kyle Allen, both beset by injury.

So, could Sloter really end up with the Vikings in 2021? Yeah.

A little-known fact about Kyle Sloter — because his legend is so robust and virginal — is that he has never thrown a pass in a game. Well, he’s never tossed a pass in a regular-season game. Still, Vikings fans wholeheartedly assert that all he needs is a chance.

Heinicke, before joining Washington, saw action with the Carolina Panthers. It was the season that Christian McCaffrey was coming into his own, 2018, and Cam Newton was injured. At least Heinicke encountered a wee bit of regular-season action prior to his debut with the Football Team.

Sloter has been granted nothing of the sort. He should know the Vikings core systems and how the locker room works. But his in-game experience is puny. Here’s some comedy: Sean Mannion and Kyler Sloter have dimed the same number of career touchdowns — zero.

In a 2019 preseason game versus the Arizona Cardinals, then-offensive coordinator Kevin Stefanski said of Sloter:

“When he comes in the game, you saw it, he produced in that ballgame last week and I think for him, it’s just putting one good day in front of another. The quarterback position, when you step into the huddle, your job is to make those 10 players believe and perform. Certainly, in that second half I was pleased with what the guys did moving the football down the field and ultimately winning the football game for us.”

Sloter resembled a stud in multiple preseason situations — especially down the stretch of games. Each time these heroics transpired, Sloter was facing reservist personnel from the opposing team. Fans simply didn’t care. If he can do it against the Cardinals DE3 and CB4s, damnit, he’ll do it against everybody — is the working theory for many Vikings loyalists.

Without a chance to flounder in a regular-season situation, the fans that love him really aren’t wrong about his folklore. He could tear up the field like Heinicke in the 2020 playoffs. Or — he might be awful.

Vikings Do Need a QB2

Minnesota is currently saddled with Nate Stanley and Jake Browning as QB2 and QB3. Nothing is certain about Mannion returning — and many would rather see the former Ram go elsewhere. Kirk Cousins is durable to the utmost, so the Vikings never place a true-blue QB2 behind him on the depth chart.

The Sloter-Vikings are mostly known for the love affair on the behalf of starry-eyed fans. But Sloter joining the 2021 Vikings makes more sense now than it has at any point since he left in 2019.

If Mannion can handle the gig, so can Sloter.

Should Sloter not play for Minnesota in 2021, the fairy tale stays intact.

What could have been for Captain Folklore.