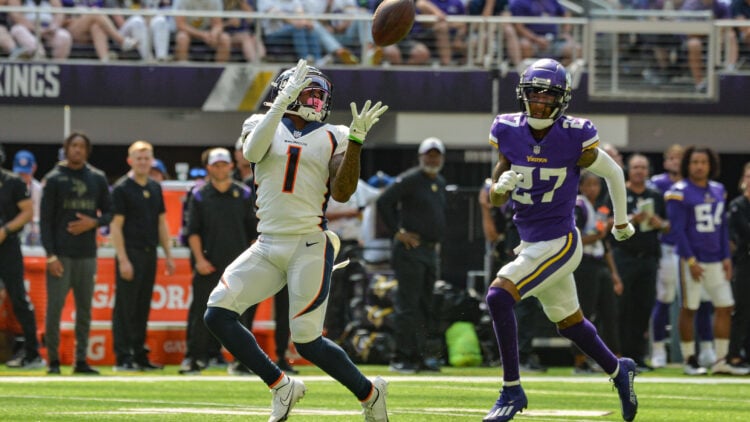 Few developments in the Minnesota Vikings 2021 offseason are as strange as the at-least-temporary fall of Cameron Dantzler. He entered the offseason with a CB1 trajectory for 2021. The NFL regular season begins in four days, and Dantzler is the Vikings CB6 on the Week 1 depth chart.

The tumble from CB1 to CB6 is absolutely mind-boggling.

Dantzler did not bolt to a magnificent start in his rookie year – who would with Davante Adams as the first assignment? – but he did totally circumvent his early season tribulations. He was injured versus the Green Bay Packers in Week 8, a scary moment as Dantzer was carried off the Wisconsin field on a stretcher. But he did not end up missing too much time, and when he came back – he was terrific. 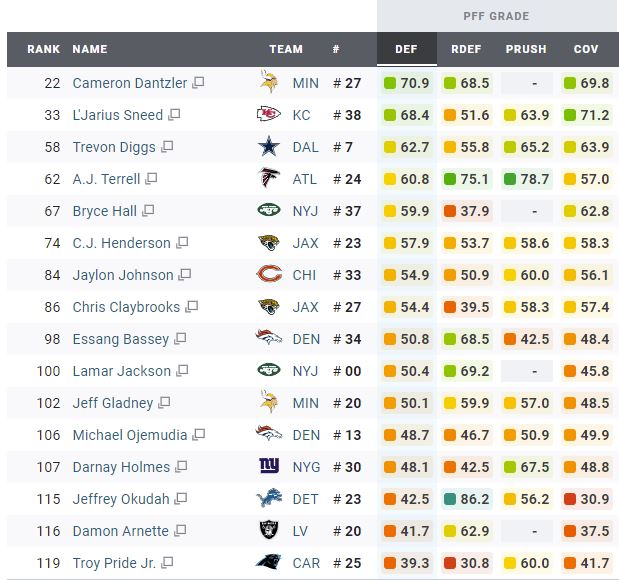 Strip away the rookie caveat to the rankings and Dantzler was the NFL’s 22nd-best overall corner in 2020. And if one considers about 96 cornerbacks see meaningful action on a Sunday, Danztler ranking 22nd among rookies and vets is wildly noteworthy for a rookie.

So, what the hell is going on?

Dantzler’s stock plunged, usurped by players like Kris Boyd and Harrison Hand, men that could not hold a candle to Dantzler’s late-season performance.

Dantzler is battling a sophomore slump before the sophomore games even happen.

In the Vikings first preseason game against the Denver Broncos, Dantzler was scalded by second-year wide receiver K.J. Hamler. The Bronco caught a bomb a from now-backup quarterback Drew Lock en route to an embarrassing Vikings showing on August 14th. Everyone on the Vikings looked silly that day, and Dantzler was not exempt.

The rest of the roster received a relative “pass” for preseason performance. On the whole, players didn’t watch their depth chart positioning plummet to the depths of hell. But Dantzler’s did.

The Mississippi State alumnus put on weight – you know, muscle – this offseason, but that doesn’t ordinarily signal a regression. It usually indicates the opposite, in fact. Something happened to Dantzler this summer, and the event was so momentous, five other defensive backs passed him by like rush hour traffic.

Indeed, most of the names in front of Dantzler – Patrick Peterson, Bashaud Breeland, and Mackensize Alexander – deserve ample playing time, so this isn’t a shot at them. Yet, at the very least, Dantzler should be marinating at CB4, not CB6.

If the Dantzler mystery continues for too long, the 2020 CB draft class for the Vikings will look weak – the team already released Jeff Gladney, who allegedly beat up his girlfriend last spring.

Now, it’s a waiting game to determine if Dantzler is temporarily out of service or if this summer downfall is the beginning of a dire fall from grace.

Always remember, though, a rookie who tallied a 70.9 PFF grade should get extensive time to grow in his sophomore year. It’s unfathomable the man would suddenly stink at the age of 23.