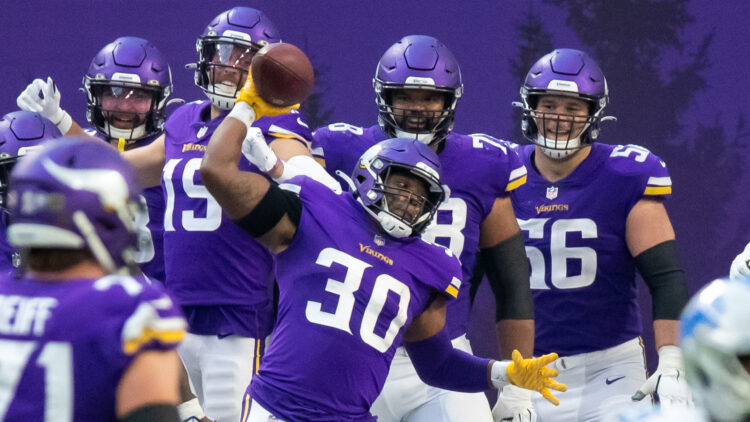 There aren’t many fullbacks that play regular snaps in the National Football League. One that does, is our very own C.J. Ham — a vital cog in the Vikings offensive machine that won’t get much national attention, though he did make the Pro Bowl in 2019. He is a popular figure in Minnesota. The native of Duluth represents his home-state team with pride.

This season, he was made team captain for the first time, an honor rarely bestowed upon fullbacks in today’s game. Alec Ingold of the Las Vegas Raiders is the only other fullback in the league currently nominated as a captain. In his fifth year with the team, Ham’s primary role is blocking, often for the running back, usually Dalvin Cook. It is something he excels at.

So Far This Season

He doesn’t get the ball in his hands often, but he can make a play when he does — like the one-yard run against the Cleveland Browns on the opening drive of the game. On 4th and 1, that was enough to keep the drive going, which eventually resulted in a touchdown. Ham has rushed the ball four times this season from four yards. Sometimes you only need one.

He has caught all three of his targets this season for 23 yards, gaining two 1st downs in the process. He will never get lots of targets, but for a “surprise” play, he is a good and reliable option. Pro Football Focus seems harsh when grading the fullback position, in my opinion, giving him an overall grade of 68.0. That relatively low score is second-best among the nine fullbacks that have enough snaps played to be graded.

Breaking down the different areas graded by PFF for fullbacks, Ham has a run grade of 64.0 and a receiving grade of 68.8. Obviously, that’s from limited touches. The critical part is the blocking, where he scores a pass block grade of 78.6 and a run block grade of 69.8. Most of his work is done run blocking. He has 72 run-blocking snaps this season, compared to just seven pass blocking. If the opposing team sees C.J. Ham on the field, they are expecting a run. That will have an impact on the pass blocking is so much better. The run blocking is the daily grind where Ham earns his coin, and he does a very good job of it.

He signed a three-year $12.25 million contract extension in March 2020, so he is contracted to the end of next season. While Mike Zimmer remains head coach, I foresee plenty of use for a fullback. So long as he keeps his performance standards where they are now, he will be staying around and playing in purple for a while yet.

Vikings Defense Needs Anthony Barr Back at His Best