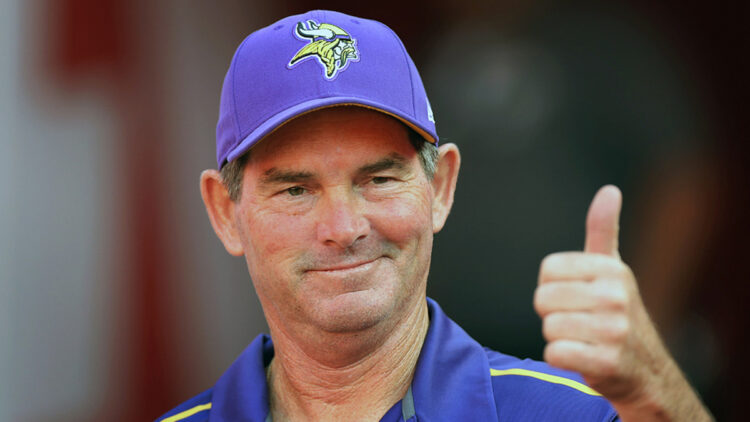 It’s hard not to get excited for the Vikings 2021 season. This site’s owner Joe Johnson and I spoke about it last week on the VikingsTerritory Breakdown podcast. [LINK] And we will probably talk about it again before the Vikings actually play their first game—that is the fun of the offseason, examining the moves and then quickly going bullish on the hope being sold. But beware the other word that begins with bull and also contains an I and an SH. We have been here before.

I am not saying don’t get excited—this offseason’s hope carries a lot of weight with it. Mike Zimmer, like he hasn’t done since his first season in Minnesota, has quickly rebuilt a woefully underperforming defense from 2020 (according to him, his worst) and there is hope that it will turn around the team’s prospects from last season’s 7-9 debacle. That new defense alongside a very good offense returning from2020 makes for plenty to get excited about. I am just saying, rather, let’s temper that excitement.

But that’s hard to do. The Vikings get back three important defensive starters from injury last season: linebackers Anthony Barr and Eric Kendricks and dynamic left end Danielle Hunter. They also finally get a look at defensive tackle Michael Pierce, who sat out last season due to the pandemic and had come in as the premier 2020 offseason free agent acquisition. These four additions alone make up nearly half a starting unit and that should have any faithful member of Purple Nation racing to their grocery store to buy up the remaining packets of grape Kool-Aid.

But here is the temper part: we don’t know for sure what the Vikings have in Pierce. A year away from football can affect even the most ardent workout warriors trying to keep up with the game. The same goes for Hunter’s status. He missed all of last season with a neck injury and we (along with the Vikings) don’t yet know whether he will be the same dominant player that he was before the injury. The same could be said of Barr (torn pectoral muscle) and Kendricks (calf injury)–though to be fair, the fears of their return from injury are less concerning than Hunter’s, in my non-medical estimation.  Still, question marks abound and they sit like a soaking blanket ready to dampen fan enthusiasm at a moment’s notice.

The Vikings made other offseason moves, however, to ratchet hope back up again. They backfilled their defensive line with free agents Dalvin Tomlinson and Sheldon Richards and drafted rookies such as DTs Jaylen Twyman and Jordan Scott alongside Des Janarius Robinson and Patrick Jones II. These names will provide depth, if nothing else, and enable Zimmer to keep his rotation fresh in the trenches.

But, there is still the need of a veteran defensive end who can line up opposite Hunter and perform at a high enough level to siphon some pressure away from Danielle. Plenty of folks are vying for it (Jalyn Holmes, Jordan Brailford, Stephen Weatherly and D.J. Wonnum among them), yet the thought of Everson Griffen joining the squad at some point still got some steam this past week. All is not settled on the end of the line just yet.

Then there is the flash mob happening in the cornerbackmeeting room. With a group of 11 currently on the roster, a group led in star quality by the legendary Patrick Peterson, surely Zimmer the CB Whisperer will be able to identify a solid rotation skilled enough to better a 2020 defense that finished 25th in passing yards allowed (258.8 per game). Butmere improvement is a low bar to expect. With Peterson in the group and all pro safety Harrison Smith (playing for a new contract) offering his expertise and excellence, this group should be in the top ten of those stats by years end since the defensive line is going to be so much better.

Well, that’s what the folks with the purple-colored stain above their upper lip will tell you. The other side of that coin has Peterson at age 30 entering the time of his career when CBs start to fall off (and the word is that he has lost a step from his early days). If he is the intended savior (and I will maintain that I am excited to have him on the team), it remains to be seen if he will lead the unit to the Promised Land. Furthermore, isn’t there an old adage that if you have two quarterbacks (in a battle to start) it means that you have none and are still searching for the one? What does that say about having 11 cornerbacks on the roster?

I do believe that Zim will be able to mold a crafty secondary out of this mega-lump of cornerback clay, but I can’t say yet that I think it will be the stuff of shutdown legend. I am heartened that the NFC North Division has traded out one very good quarterback (Matthew Stafford) for one of lesser talent (Jared Goff) and that the best signal-caller in the division has been busy hosting Jeopardy, playing prime time golf and dividing his team’s locker room and fan base. But then the Bears down in Chicago might have finally figured out the position with a capable veteran (Andy Dalton) to mentor the next great thing behind center in Justin Fields. The fact that the Vikings sought Fields out in the draft before the Bears jumped up and grabbed him is the fire hose dousing those blazing-orange embers of Vikings offseason expectations.

But, hey, it’s the offseason, when every team is a prospective champion and fans are mapping out their viewing parties and pregame plans for returning to U.S. Bank Stadium are in earnest. You may even have secreted away a bottle of your favorite bubbly into a corner or your refrigerator to be opened on that fateful day in February when . . . . Now is the time to dream and imagine and smile.

I am not here to close the flue on the fiery forge that is your hopes for the 2021 Minnesota Vikings season. Open it, keep it open and revel in the towering flames while they can still be guiltlessly stoked. But just remember to keep one hand on the damper, because this is Minnesota sports,and we all know what that means.