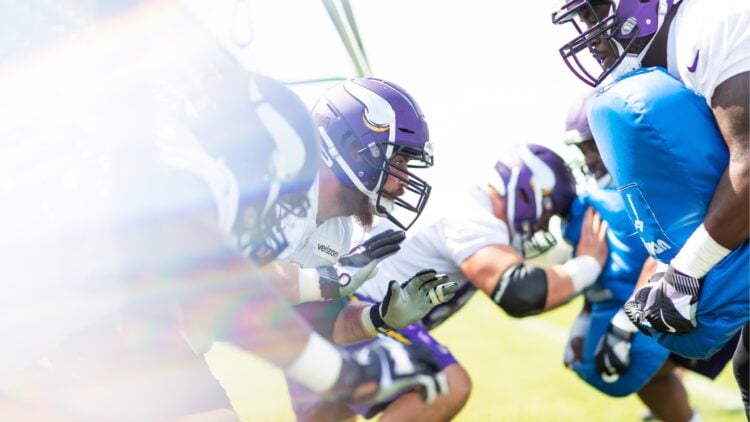 People will argue over anything, whether it’s politics, sports, religion, you name it. On this, though, we all can agree: The Vikings’ offensive line stinks like week-old lutefisk wrapped in yesterday’s diaper.

The interior of that line is particularly odiferous.

All the chatter about unloading Kirk Cousins is pure silliness if something isn’t done to upgrade the offensive line.

Does anyone with normal firing synapse really think Deshaun Watson or Russell Wilson or Jimmy Garoppolo, or any quarterback, wants to come to Minnesota and play behind that white-hot dumpster fire?

Never a Cousins acolyte, I believe he should be commended for staying upright as often as he did this past season.

But what about next season?

For years, the Vikings’ offensive line has been abysmal. With a crap salary cap situation and Rick Spielman still calling shots, there’s really no reason to be hopeful better players will line up at tackle, guard or center.

So here’s a thought, a revolutionary thought, one that might, just might, make the O-line appear to be more successful: Get tight end Tyler Conklin more involved in pass blocking.

Now you may think he’ll be plenty involved helping block defensive ends and linebackers. There is something, however, the Vikings haven’t done with him or any tight end.

Everyone knows about pulling guards, right? How about this: The pulling tight end?

The twist is, Conklin pulls inside. New offensive coordinator Klint Kubiak may just get tagged as brilliant if he has Conklin pull toward the Vikings’ ineffective guards and center and pick up any pass-rushing danger hauling ass toward Cousins.

It could stop in-season and offseason babbling about dumping Cousins and be the spark the Vikings never have had to finally win a Super Bowl.

Chew on that for a while as I take my tongue out of my cheek or, as a cynic or two might suggest, my head out of my ass, and make sure to read other stories at vikingsterritory.com and purplePTSD.com!