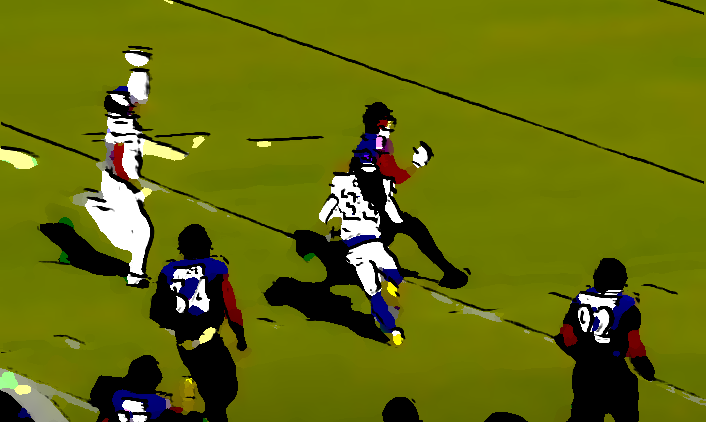 Sometimes it’s about the silver linings, isn’t it?

That has to be the case for at least six more days when the Vikings get a crack at exiting the losing schneid versus the Los Angeles Chargers. For now, fans are left of visions of grandeur pertaining to the team maybe “turning it around,” counting down the minutes until head coach Mike Zimmer’s termination, and a wacky video clip that will be meme-ified before too long.

Clamoring for the Vikings to rectify the 2021 season or spitballing the time and date of Zimmer’s departure will be covered ad nauseam this week by VikingsTerritory.

In the here and now, we present the meme from the Vikings-Ravens Week 9 tryst, courtesy of @KryzivenTake2 on Twitter.

This thing will be GIF-ed, shown in true video format, and spamblasted to meme accounts in no time.

The tactic was effective – Cook finished off a mammoth run at a point in the contest when it felt like the Vikings could actually win. Of course, they did not – this is the 2021 Vikings we’re talking about here – yet the optimism was there when Jefferson threw the squid block that the team could reign victorious.

Jefferson also received no holding infraction for the propeller heave – or whatever it is called. This is noteworthy because the Vikings lead the NFL in offensive holding penalties (19), so Jefferson realistically could’ve done a little damage. Not guilty, though – he cultivated the meme instead.

We’ve established the helicopter horsewhip was prime viewing material, but Jefferson also notched another non-meme milestone against the Ravens.

Jefferson is the fastest in this statistic next to Odell Beckham, who is no stranger to antics-related memes.

Perhaps the next time Jefferson is interviewed, the reporter will ask him about the rationale for his unhinged flail-sprint. Until then, it’s just fabulous comedy.