Another DE for Vikings Is More Pressing Than WR3 Needs 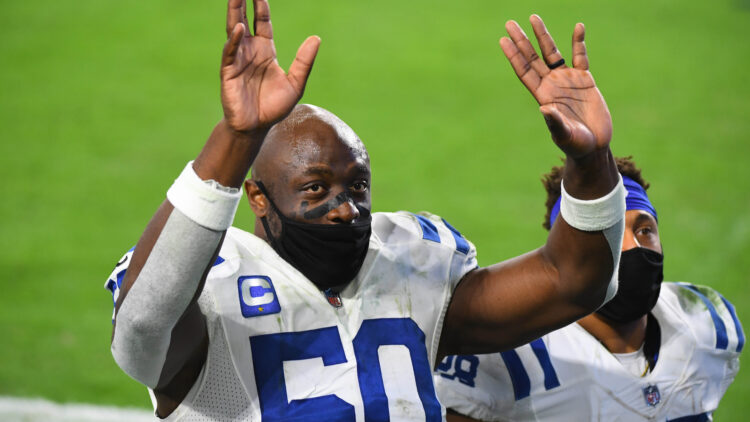 This offseason, the Minnesota Vikings momentarily solved Danielle Hunter’s disgruntlement, signed a slew of free agents on the defensive side of operations, welcomed aboard a robust draft class — and still have ample cap space to utilize for the 2021 roster. The territory is foreign for Vikings fans as this time of year generally entails penny-pinching. General Manager Rick Spielman has a tendency to bump right up against the cap limit, disabling the acquisition of late-summer free agents.

But this year is different.

The options for cap usage are plentiful. So far, the Vikings show an inkling for signing defensive backs, a longstanding hobby of head coach Mike Zimmer. Players like Richard Sherman and Steven Nelson remain unsigned, but Minnesota is probably set at CB.

Another linebacker would be interesting, potentially exploring someone like K.J. Wright from the Seattle Seahawks who is looking for an NFL home. If the season started today, the aforementioned Vigil would man the weakside of the Vikings LB corps, although rookie Chazz Surratt was selected with 3rd-Round draft capital and could steal playing time, too.

The Vikings realistically need a WR3, upgrading from Chad Beebe and Bisi Johnson — or a defensive end to tweak the line in a more advantageous manner than Stephen Weatherly or D.J. Wonnum might offer.

In the event Spielman is “forced” to choose between a WR3 and RDE, a pass rusher should be the free-agent drug of choice.

Most NFL teams showcase a WR3 that has more name recognition than Beebe and Johnson. That’s just the way it is. The Vikings and Cleveland Browns are bedfellows for one-two punches at WR1 and WR2, dropping off after those positions — but the Vikings and Browns are exceptions compared to the rest of the league.

Minnesota should sign a Dede Westbrook or Golden Tate then, right? Sure — but it is not mandatory. Kirk Cousins guided the passing game admirably while Dalvin Cook gashed opposition to the tune of second-most yards from scrimmage by a player leaguewide in 2020. The pandemic season taught us that Minnesota’s offense can excel without a WR3. Indeed, an ultra-productive one would make the offense better. Yet, the Vikings make it commonplace to skimp at WR3, instead emphasizing the role of multiple tight ends, fullbacks, and RBs receiving the football.

Too, Minnesota simply doesn’t use as many three-receiver sets as the rest of the league. Of all reasoning, that is probably the best to explain why the Vikings lack robust WR3 output. They use other stuff.

Signing a pass rusher for the other side of the defensive line opposite Danielle Hunter is more important than adding a WR3. Why? Last year’s pass rush was absolutely abysmal without Danielle Hunter and Everson Griffen. In fact, Pro Football Focus graded Minnesota’s frontline of defense as the worst in all of the land for pass-rushing acumen. The sacks weren’t around, the pressures were measly, and nobody feared the Hunter-less Vikings defensive line.

They used to, though.

In 2019, Hunter and Griffen conducted their swan song as Griffen departed for the Dallas Cowboys and then Detroit Lions after the season finished at San Francisco. It is impossible to determine if Hunter’s absence was the death blow. Or — if the combination of Hunter and Griffen made the front four so good from 2015 to 2019.

Hunter will return to the starting lineup in September. Griffen probably won’t — even though he is a free agent that wants to come back to the Vikings. With Hunter back, the Vikings can figure out how much of an impact he has as a standalone, Pro Bowl DE without Griffen. Weatherly/Wonnum certainly aren’t nobodies, but they are not Everson Griffen.

That’s risky for the enterprise. Few doubt that Hunter can handle business from an individual standpoint. Griffen made the team better, though. And by default — Hunter, too.

Minnesota need not leave the “Hunter by himself” verdict to chance. Justin Houston, Olivier Vernon (recovering from injury), and Griffen are available to sign today if Spielman is so inclined.

If no other DEs are auditioned, onlookers to the Vikings hope that Weatherly, Wonnum, Patrick Jones II, or Janarius Robinson play as well as Griffen did for 10 years in Minnesota. And that’s a big ask.