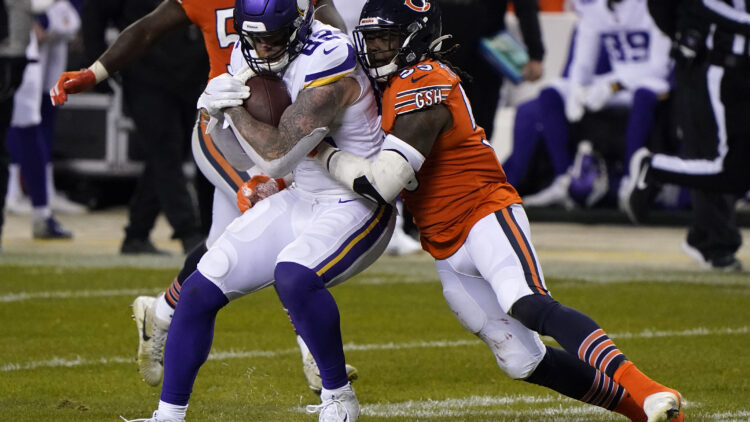 The following is free-agency news applicable to the Minnesota Vikings on March 24, 2021 — via tweet.

The return of the RB3.

AVT gets a look.

A possible restructure for Rodgers.

A full restructuring of Aaron Rodgers' 2021 salary and roster bonus would have made it much harder for the Packers to trade him before June 1, 2022. https://t.co/hA8ns018Le

Maybe “all the money” is for Brian O’Neill?

If the #Vikings are sitting around 10M now, with 7.9M available after June 1. I’d guess they’ll use some on an O’Neill extension they should have plenty of room to make a few more mid to lower tier moves in FA/trade.

Not including a possible Smith extension either. https://t.co/LsDCqMDc3X

Text from one prominent agent who has guys who appeal to the Vikings: "They don't have any money." While not literally true, it's still early in FA. Guys aren't quite to the stage of needing to take low $$ offers.

They’ve planted seeds on a handful of guys. Yes, edge rushers, even at least one interior DL.

It's hard to guess because both Tomlinson & Pat Pete kinda came out of left field. Eric Fisher and Orlando Brown have been rumored but could also be like Alejandro Villanueva, Trai Turner, Austin Blythe or Carlos Dunlap, or even a trade.

Take the current cap number and subtract about $4 million.

Aldon Smith is on the market.

A former Vikings has a lofty expectation of himself.

Pat Elflein can play right guard, left guard and center, although he appears to be penciled in now as the left guard. “What’s unique about me is I can play all three of those positions at a high level.’’

Nothing real on Aldon Smith as of late afternoon.

I'd have to check. No point in me guessing. They are still looking for edge rushing help.

The #Browns are hosting free agent pass-rusher Jadeveon Clowney on a visit, per the wire. They tried to sign him a few times, now willl get a first look at him and how his knee has come around.

Like two lovers that always find their way back to each other.

Sources said #Vikings, who need a backup center, have interest in re-signing Brett Jones although nothing is considered imminent. Jones, who also plays guard, also a candidate to sign with Cincinnati or Houston (likely whichever one doesn't sign Nick Easton) and Dallas and Denver

SKOR North pegs a lower-tier QB to keep an eye on during the draft.

"I could see the Vikings as the landing spot." 👀

Courtney Cronin via Mel Kiper says to look out for CBS — even with the current group seemingly deep.

"I wouldn’t be shocked if 40 cornerbacks are drafted."

Vikings still have a need behind Peterson, Gladney, Dantzler and Hughes. Sounds like Day 3 could yield a lot of picks.

The numbers confirm it. Dantzler was terrific as a rookie.

Dantzler was the 11th CB drafted in 2020. Here are his ranks among rookie CBs: