All the Vikings News: Kirktober 1 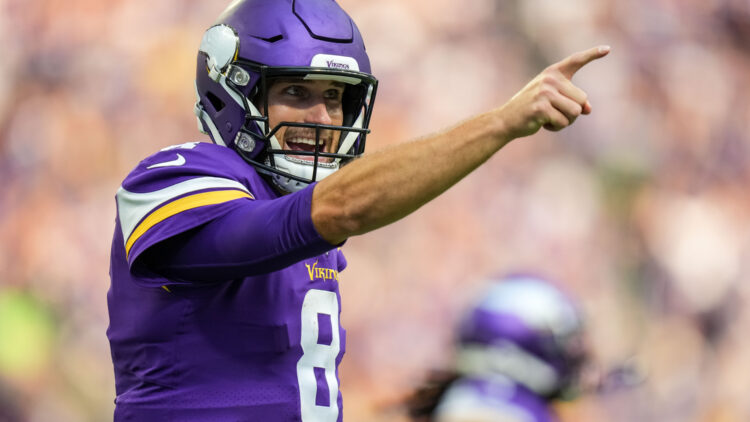 The following news is applicable to the Minnesota Vikings on October 1, 2021 — via tweet. This is updated throughout the day.

"Get your jokes, get your memes, get whatever you want but just get your butt in front of the TV and watch Kirk Cousins cause there's not a better QB playing in the league right now than him."

Saying @KyleBrandt is impressed with the #Vikings QB would be an understatement. pic.twitter.com/vPCwkXg8bm

A health update from Chris.

Vikings RB Dalvin Cook again practicing. CBs Mackensie Alexander and Bashaud Breeland are back after being out yesterday. CB Kris Boyd and TE Ben Ellefson back on field after out yesterday. WR Ihmir Smith-Marsette again out.

No Michael Pierce at practice. That would be a tough loss for the Vikings vs. the No. 2 team in the NFL in rushing yards per carry

THIS IS NOT A DRILL

SALUTE TO SERVICE 2021 IS NOW LIVE

You can find my form "5-Star Imports Fanatics Order Form" at: https://t.co/BSxHZblvDo pic.twitter.com/xSkh2kplvp

The o-line is balling.

“Our guards and center are playing extremely well right now. I think that gives [Kirk Cousins] some confidence… He’s finding some stability in the center of the pocket.”

RT to let everyone know the pre order for the @MACHE275 SKOL runners is live. You have 72 hours to buy as many pairs as you want. Sizes 5-14! https://t.co/CKC2xXvppw pic.twitter.com/lLtIBdVoA3

Johnny Randle is ready for Purple Friday, are you?

PA on the Jefferson touchdown!

So far, the deep pass hasn’t been needed.

The next thing the MIN offense should implement is a commitment to deep passing, as was evident in 2019 and 2020.

Vikings O-line in for at true test Sunday.

Tom with some practice notes.

#Vikings RB Dalvin Cook (ankle) and LB Anthony Barr (knee) were on the field and participating at the start of practice today. NT Michael Pierce (elbow/shoulder) was not. They face the #Browns on Sunday.

#Vikings injury report ahead of Sunday’s game against the Browns:

For the first time, Christian Darrisaw does not have an injury designation.

LIVE: Kevin Williams talks to the media ahead of his Ring of Honor induction on Sunday https://t.co/KKUSEZC75Q

Update on the Pierce injury.

Cook expects to be a go.

#Vikings RB Dalvin Cook (ankle) is officially listed as questionable, but Cook told me after practice he got a lot of reps this week, feels good and, barring a setback, expects to play Sunday against the #Browns. @nflnetwork pic.twitter.com/48lj3RJaxK

#Vikings RT Brian O’Neill said on KFAN that he and RG Oli Udoh know each other well and don’t need to use many words in order to communicate.

“I’ve been in individual drills with Oli for 3 years cause he’s played tackle, so I understand how he thinks and sees things.”

Legendary #Vikings DE Jim Marshall on suggestion by HOF DT John Randle to erect a statue of Purple People Eaters outside U.S. Bank Stadium: "I think it would be great. Having said that, the Wilfs have been very supportive of us in many ways already and I thank them for it.''

Vikings fans, please RT this visual to make sure your fellow fans will see it, and hopefully #AllDay will see it too!#Vikings #Skol pic.twitter.com/U7JEMupc3G