All the Vikings News: June 15 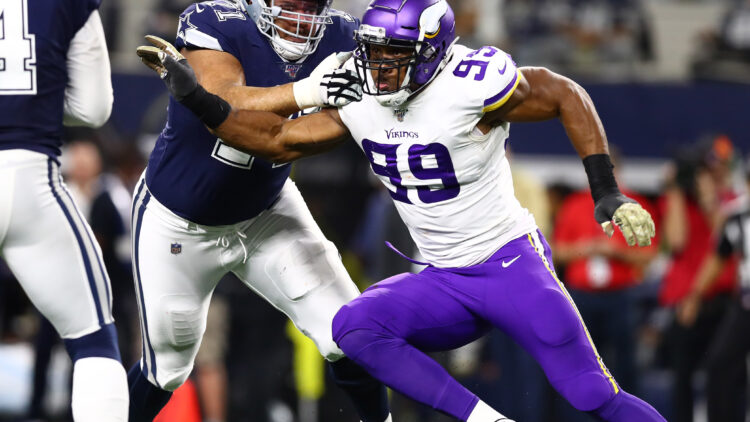 The following is news applicable to the Minnesota Vikings on June 15, 2021 — via tweet. This is updated throughout the day.

Deploying a 3-4 would be noteworthy — and weird.

We've seen Mike Zimmer deploy 3-4 fronts before, and during OTAs this spring; doesn't mean it sticks. But with Richardson, it'd be interesting to see if they could go with him and Tomlinson as 3-4 ends, Pierce at nose, and Barr and Hunter standing off the edges.

That means today is good to go.

Danielle Hunter completed his medical check with the #Vikings at their facility today. He’ll be at minicamp tomorrow.

Sheldon is in the works.

It’s not official yet, but it’s in the works. https://t.co/v5tsI9dJwQ

the vikings called kirk cousins before drafting kellen mond. the vikings took care of their star player to make sure he didn’t hold out.

All being coached by Mike Zimmer. This #Vikings defense is loaded.

Evidently, no new formal raise for 2021.

Notably, the money is moved up into 2022, not 2021. There’s no new money and no raise this year for Danielle Hunter. The #Vikings actually cleared cap space and get to see if Hunter is back to himself following neck surgery before recommitting long-term. https://t.co/WgdeXB6v6O

The #Vikings and FA DT Sheldon Richardson have now agreed to terms and he has signed. Back with Minnesota, where he had 4.5 sacks and 49 tackles in 2018.

Hunter is there — and he looks phenomenal.

Will be interesting to see if we're still slept on nationally with Hunter now firmly back and Richardson on the way.

Did you have jersey #9 on your bingo board?

Richardson is already in the building.

A good day to be a #Vikings fan pic.twitter.com/CNF71Je8SN

More than half of players on NFL rosters have now taken at least one COVID-19 vaccine shot, per source.

Still a ways to go before training camp starts next month and it won’t be mandatory, but efforts by the league and teams to educate and incentivize seem to be working.

Even SKOR North is getting hyped.

BOOM: Sheldon Richardson is BACK with the Minnesota Vikings and will No. 9 in 2021. 💪🏈👏 pic.twitter.com/PR5AGJcMQs

I'll say this again, Minnesota Vikings will have top 10 defense in 2021 Won't be surprised if it's top 5! pic.twitter.com/MfvkZdu1Un

The Minnesota Vikings signed Hunter AND are talking about landing Sheldon Richardson! Let's go!!!! I am ready for this season to start tomorrow!

DT Sheldon Richardson on his April release from the Browns and then eventually signing with the #Vikings: "The way the business works, they hold you five days before the draft and there's no more money in free agency. You've got to take what they hand out.''

#Vikings DT Sheldon Richardson: "I still want to be one of the dominant guys in the league, like I've been."

#Vikings WR Adam Thielen on the team beefing up the defense. "A ton of guys just that we've been able to bring in.'' Says he tells fans, "It's the most excited I've been in a long time.''