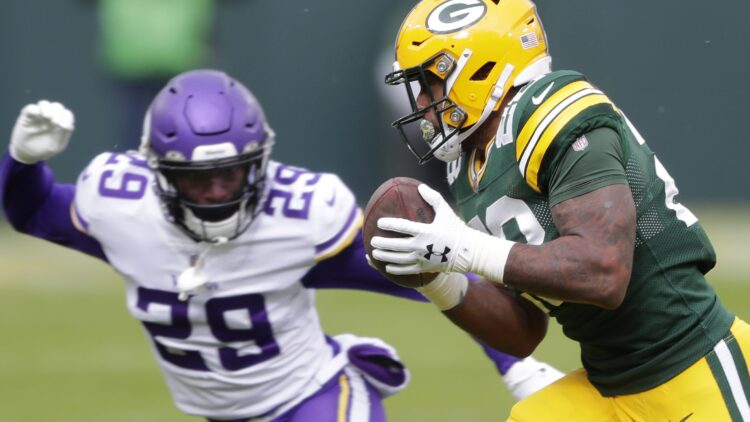 The Minnesota Vikings disbursed an offseason plan centered on revamping a secondary that was uncharacteristically bad in 2020. The defense as a whole was the unabashed point of emphasis for the entire free agency period after players like Danielle Hunter, Michael Pierce, Anthony Barr, and Eric Kendricks missed considerable amounts of time during the pandemic season, causing head coach Mike Zimmer’s defense to rank as the NFL’s fourth-worst leaguewide.

This revamping of the secondary should indicate that things “are back to normal” for the back end of Zimmer’s defense, right? Nope. At least not according to Pro Football Focus.

PFF ranked all NFL secondaries heading into 2021, and the Vikings inhabit the middle — the exact middle. Minnesota, per PFF, is currently the 16th-best secondary in the business. Ben Linsey of PFF said about the Vikings 2021 secondary:

“Anthony Harris and Mike Hughes are out from the 2020 iteration of this unit. Patrick Peterson, Bashaud Breeland and Xavier Woods are in. While Peterson carries more name value than Breeland, the latter was more effective when on the field in 2020. Breeland finished in the 78th percentile of all outside cornerbacks in coverage grade last season, while Peterson came in at just the 37th percentile. Minnesota will hope that a change in scenery and a defense that may be better suited to Peterson’s skill set at this stage of his career can bring out the best in the former All-Pro.”

Evidently, the losses of Harris and Hughes outweigh the additions of Peterson, Breeland, and Woods. No mention was made of Mackensie Alexander’s return to the Vikings after his one-year stint with the Cincinnati Bengals.

While Jeff Gladney may not play in 2021 because of legal turmoil, Cameron Dantzler — the NFL’s top-rated rookie cornerback in 2020 as adjudicated by PFF — will enter Year Two. He also was not mentioned by Linsey in the rankings, an odd occurrence for a player that stormed into the back half of the 2020 season with impressive production. Dantzler probably deserved a shoutout before plopping the Vikings in the middle of the pack.

That is a significant upgrade.

The bedrock of this augury for improvement? Mike Zimmer. The Vikings head coach is notoriously a defense-first head coach, so casting doubt on his defensive acumen is strange. It’s all the man eats and breathes — so much so that he is frequently chided for “not caring about the offense.”

Zimmer’s roots are deep in the soil of defending the pass. In theory, there should be no current NFL head coach in the country better suited for rectifying secondary woes. Zimmer returns red meat of his defense — Hunter, Barr, and Kendricks — for 2021. Those men should make life easier for the rejuvenated secondary.

Indeed, it is tone-deaf to ignore the 2020 Vikings maladies, but to assert that the unit has an “average” outlook is a bit odd. Secondaries are what Zimmer does — and he now has the personnel to whisk the Vikings back to pass-defending supremacy.

After all, from 2014 to 2019, the Vikings ranked as third-best in the NFL for passing yards allowed. It is more likely that Minnesota returns to close to that — than it is Zimmer suddenly coaches bad or average secondaries.