A Hypothetical Dakota Dozier Trade Springs Up on the Radar 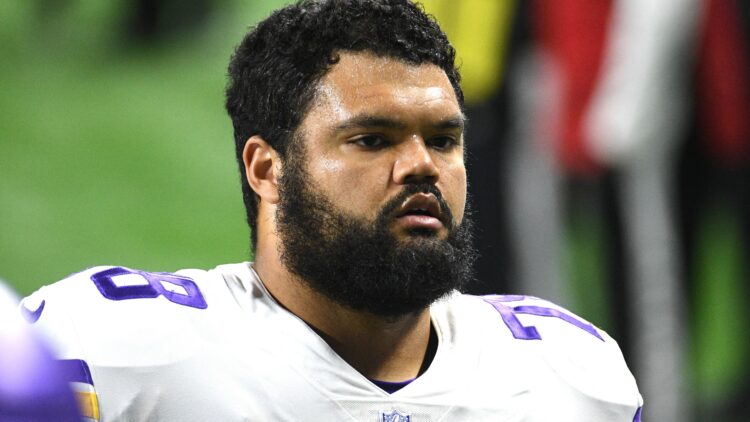 During the seven seasons that Mike Zimmer has skippered the Minnesota Vikings, his team has sponsored offensive line pass protection better than 18th in the NFL just once (per Pro Football Focus).

That season was 2017, and the Vikings reached the NFC Championship.

On the whole, Minnesota ranks as the NFL’s 26th-best pass-protecting team on average under Zimmer. So, general manager Rick Spielman has taken remedial steps to fix the longstanding conundrum. He drafted Brian O’Neill, Garrett Bradbury, Ezra Cleveland, Christian Darrisaw, and Wyatt Davis inside the last four NFL drafts. We shall see if this fivesome, once and for all, props the Vikings at or above average for offensive line performance.

Some of the characters in the trenches along the way struggled immensely. Last season, the Vikings utilized Dakota Dozier and Dru Samia for much of the year at guard. Both posted a PFF grade south of 45.0.

Samia enters Year Three with the Vikings and will have to fight in training camp and the preseason to make the 53-man roster. Wyatt Davis is slated to likely start at right guard, but Dozier has a puncher’s chance to retain the gig.

Left up to Bleacher Report, though, Minnesota should trade Dozier – to the Baltimore Ravens. Brent Sobleski of Bleacher Report detailed one trade each team in the league should explore – and for the Vikings, that’s a transaction sending Dozier to Baltimore. Sobleski explained:

“The Minnesota Vikings reworked their offensive line this offseason. The process shouldn’t be considered complete. Rookie first-round pick Christian Darrisaw will replace veteran left tackle Riley Reiff. Erza Cleveland converted from right to left guard. Right guard remains a mystery as an open competition ensues during training camp. Dakota Dozier started all 16 games last season. But he’s far better as a run blocker than pass protector. He can join the Baltimore Ravens in a potential trade and fit right into the franchise’s run-first mentality. Plus, he’s an experienced option if third-round rookie Ben Cleveland struggles to start his career. The Vikings, meanwhile, can still allow Mason Cole and their third-round rookie, Wyatt Davis, to compete for their final starting spot among the front five. Both teams can benefit by addressing their offensive lines.”

Fans would have absolutely no problem with a trade of Dozier to anywhere. Frankly, it is strange to see Dozier sought after by others.

Dozier started every single snap on offense for the Vikings in 2020 (1,084 snaps), so the man certainly has the experience. Yet, the idea that another franchise would actively send draft assets for Dozier is somewhat foreign. Truth be told, Dozier isn’t even guaranteed to make the Vikings 2021 roster with the emergence of men like Davis, Mason Cole, and Oli Udoh.

If Spielman could somehow acquire a late-round pick for Dozier – again, that feels so weird to ponder – most folks in the Vikings fan orbit would fully support the deal.

As a reservist lineman, Dozier might act as a valuable commodity. But as a starter in 2020, he ranked fourth-worst in the NFL among all qualifying guards.

The Vikings are Ravens are no strangers to trade dealings together. Nine months ago, Spielman sent EDGE rusher Yannick Ngkaoue to Baltimore for [what turned out to be] rookie DE Patrick Jones II. One year prior, Minnesota and Baltimore swapped late-round picks in the 2020 NFL Draft. In 2019, the Vikings infamously acquired kicker Kaare Vedvik from Baltimore. And a few months before that, the Vikings and Ravens exchanged picks that turned out to be Miles Boykin for Alexander Mattison, Marcus Epps, and Oli Udoh.

Oh, and Spielman traded with the Ravens during the 2012 NFL Draft, securing the services of Harrison Smith.