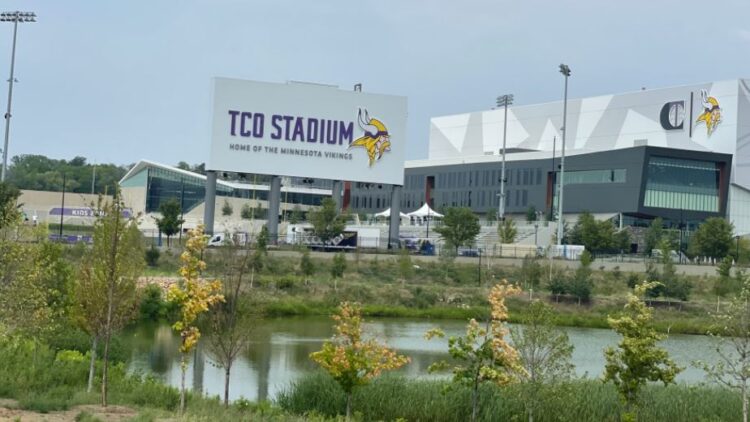 The Minnesota Vikings vehemently seek to erase the underwhelming memory of their recent 7-9 season, and that started with boots-on-the-ground this week.

All players and coaches reported to TCO Performance Center in Eagan for training camp on Wednesday.

How will oodles of defensive free agents jell? Will it happen right away? Who the hell will play right guard? Is Kellen Mond going to be the real deal in time? Can Dede Westbrook be considered a shoo-in for WR3? All of these questions are valid, and the dispersal of answers began yesterday.

These are four takeaways from the Vikings first day of 2021 training camp.

1. Oli Udoh Might Be the Immediate Plan at RG

When the Vikings re-signed Dakota Dozier this spring, the timing was delicate as general manager Rick Spielman signed no noteworthy guards in free agency. Instead, he signed defensive free agents like pulling Skittles out of a bag. Fans even digitally chided the team for ignoring free-agent guards. The Dozier news, at the time, meant the franchise was obviously planning to start him again – a sad forecast because Dozier struggled in 2020.

Well, that fear was unfounded, and Dozier likely won’t start in 2021. Wyatt Davis was drafted in the 2021 NFL Draft, high hopes ablaze because his collegiate resume is impressive.

On Tuesday, Spielman spoke highly of Oli Udoh, a guard entering his third professional season. Lo and behold, Udoh was grabbing first-team reps on the first day of camp. Therefore, it may not be Dozier or Davis at all out of the gate in 2021: Start getting comfortable with some Udoh starting action at RG. It’s a plot twist, to be sure.

2. Mond, Smith-Marsette Shine, if Only for a Play

Kellen Mond, the presumed heir apparent to Kirk Cousins, did precisely what he needed to do on Day One of training camp – he generated excitement about his future.

Here’s the bomb he launched to – wait for it – fellow rookie Ihmir Smith-Marsette. A youth infusion:

Two rookies connect on the first day back at quasi-normal football dealings in Eagan. For nearly everyone in attendance, it was the first time back at a Vikings event since 2019, so experiencing a misslie from rookie to rookie was just what the doctor ordered for headlines.

Mond and Smith-Marsette may not receive gobs of offensive snaps in 2021, but the seedlings of 2023 and beyond were planted on July 28th.

3. Fasten Your Seatbelt on Offense

Not long ago, the Vikings built rosters to horrify opponents on defense while doing “just enough” on offense to win ballgames. You will recall the Teddy Bridgewater and Sam Bradford days, founded upon defensive principles that intermixed prayer on the offensive side of operations.

Now, Minnesota’s roster is the most balanced group since the 2009 season. Indeed, Zimmer is a defense-always head coach, but the team is budding into an offensive bunch, too. Have a look at Cousins’ comments to the media:

#Vikings QB Kirk Cousins: "I think we want to be a highly explosive offense and highly ranked (in the league).''

Stuff like this was so foreign just a few years ago. The prospect of Sam Bradford and Latavius Murray is not far removed from memories about training camp. In 2021, a monster of Justin Jefferson, Adam Thielen, Dalvin Cook, and Cousins – all at least Top 12 at their respective positions – is on the marquee.

The Vikings have bonafide balance, derived from head coach Mike Zimmer’s embrace of offense over the last few seasons.

Activities are returning to pre-pandemic life. There was no fan-oriented training camp in 2020. We’re back. Anthony Barr agrees:

#Vikings LB Anthony Barr said it was great having fans back at practice today and hearing some Skol chants. “It was pretty cool. It’s been awhile since I heard that one, so we’re finally creeping toward normalcy a little bit.’’

Attendance in Eagan will continue to build over the next week, likely culminating this Saturday when the Vikings host a nighttime practice.

Last year, the only way to follow the events of camp was to read articles like this or peruse Twitter for Zapruder film of highlights. But now people can physically drive to Eagan.

Life is gradually becoming normal – and that means homefield advantage will be restored. The Vikings need that.