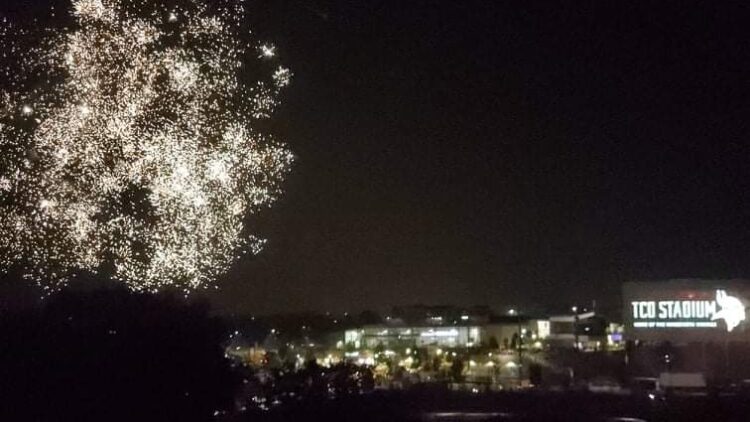 A ‘takeaway’ in itself, the coronavirus found its way into the Minnesota Vikings locker room, sidelining Kellen Mond, Kirk Cousins, and Nate Stanley (yes, three quarterbacks). Mond tested positive for the virus while Cousins and Stanley — perhaps not vaccinated; that is unclear — entered the tracing protocols outlined by the NFL.

Jake Browning was the team’s quarterback for the event.

Saturday welcomed the first night-practice of the season, complete with fireworks (real ones, not figurative) and a crowd north of 4,000 in attendance.

Here are four takeaways from the fourth day of Vikings 2021 training camp.

Fears were confirmed on Saturday as Bisi Johnson was lost for the season due to a torn ACL. The day before, he was injured at practice but later returned with a brace.

Johnson tabulated 483 receiving yards during his first two seasons after joining the Vikings from the 7th Round of the 2019 NFL Draft. That isn’t otherworldly, but it’s a nice little stat total for a player not tickled with high expectations.

He was theorized in the mix for WR3 this preseason, trailing Dede Westbrook for the job based on reputation. Nevertheless, he had a puncher’s chance at occupying the job he held — by default — in 2019.

Now, Johnson must focus on recovery, hoping for a clean comeback and return to the roster in 2022.

Glance at ‘Vikings Twitter’ for a few moments, and the masses championed Browning, who played quarterback all night for the Vikings sans Cousins, Mond, and Stanley.

And he performed rather well. His wide receivers — particularly Justin Jefferson, Adam Thielen, and K.J. Osborn — “bailed him out” frequently. On the whole, though, he was decent. Hell, he was the only thing stopping the Vikings from outright rugby without a quarterback.

Others see this outing from Browning as the smoking gun for QB2 contendership.

Practice is over. Browning had a really darn good night. He cemented himself as the favorite for QB2 and I wouldn’t be surprised to see it stay that way. Mond had a long ways to go even before he tested positive for COVID.

Unless the coaching staff sours on Mond for the vaccine stuff, don’t let this be the stake in his QB2 coffin. He was impressive, too, before this COVID fracas. Too, it is unknown if Mond was vaccinated but still contracted the virus.

3. Vaccine Cat Is Out of the Bag

By implication, folks confirmed that Kirk Cousins is likely not vaccinated — to each their own.

Yet, Saturday was the first example of Vikings players — Rick Dennison underwent COVID vaccination hubbub last week — intersecting the individual-versus-team fallout for the vaccination debate. The NFL is strongly urging players to get vaccinated — and a sect of players is flatly disregarding the suggestion.

If Cousins, Mond, and Stanley worked from home, this would not be a controversial ordeal. But they don’t. The comeuppance of opting out of the vaccination process will now be front-and-center for Minnesota hereafter.

And head coach Mike Zimmer — a straight shooter never labeled a diplomat — pulled no punches in expressing the opinion on his desire for the team to mass-vaccinate:

#Vikings coach Mike Zimmer said he can't talk about any specific names about those in COVID-19 protocols.: Says "that's why people should get vaccinated."

This matter will continue to percolate for the Vikings and other NFL teams, so be prepared.

Oli Udoh experienced first-team reps on the first day of camp, signaling to Vikings enthusiasts that he might be the RG1 in September. That could still be true, but the battle is far from over.

If you considered Dakota Dozier, rookie Wyatt Davis, Mason Cole, or Udoh the frontrunner for this gig — back to the drawing board you go.

From the horse’s mouth, Zimmer point-blank notified the public that this job is totally up in the air. The players receiving first-team attention — in this case Udoh and Dozier — can slightly be interpreted as leaders of the pack, but training camp is only four days old.

The RG tug-of-war will be won in preseason games.