2020 Vikings Season Was Not a Waste 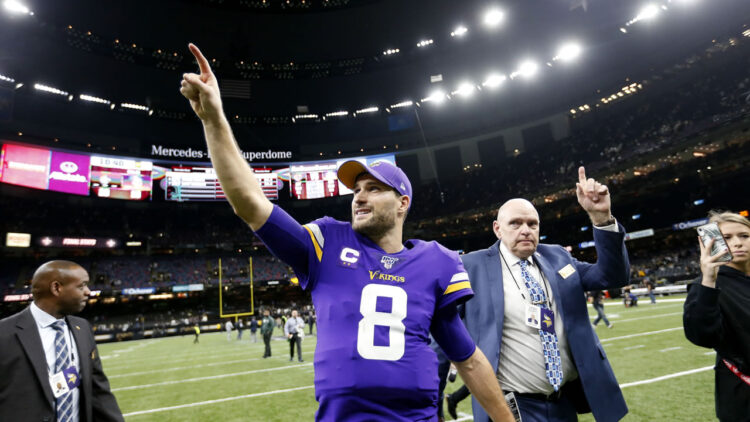 The Minnesota Vikings and Detroit Lions tussled in a quasi-meaningless affair to close out a rumbustious 2020 season. In a 37-35 shootout, quarterback Kirk Cousins presided over one of the best games of his career, passing for 405 yards and tabulating four touchdowns against the NFL’s worst defense.

As events evolved later in the afternoon, the Chicago Bears secured a playoff berth. This is worthy of resentment for the Vikings as a standalone outcome, but it is particularly maddening for a specific reason. Because the Arizona Cardinals coughed away their postseason hopes, the Vikings [as it turned out] only needed to win one more game to snare the NFC’s seventh seed. So, one can point to any Vikings loss from the docket, flip it to a win, and the purple and gold would probably be traveling to New Orleans – again – for a wildcard playoff game. But no such luck. Losses to the Dallas Cowboys, Tampa Bay Buccaneers, and aforementioned Bears loomed too brutal.

Injuries spread like a novel coronavirus for the Vikings in 2020. Danielle Hunter, Anthony Barr, Michael Pierce, and Mike Hughes missed 58 games in totality. Eric Kendricks – the cardiovascular system of the Vikings defense — missed the influential games down the stretch.

The defense suffered because of it. The 2020 Vikings wound up a bottom-five defensive bunch – a travesty for a Mike Zimmer-led unit.

Typically, a 7-9 season would perhaps be grounds for wholesale change for a head coach in his seventh season. Yet, this is different. Zimmer navigated the temporary dissolution of preseason games, a pandemic, and a slew of injuries that were too devastating to surmount.

The season was not wasteful, though. Here’s why.

A Rookie Star is Born

Rookie receiver Justin Jefferson set an NFL record for receiving yards by a rookie (evidently what Bill Groman did in 1960 with the Houston Oilers does not matter to national punditry because that was the “AFL”). Indeed, Jefferson grabbed 88 passes for 1,400 receiving yards and seven touchdowns. His receiving yards total is nearly double that of Jacksonville Jaguars wideout, D.J. Chark (706 receiving yards).

Jefferson effectively “replaced” Stefon Diggs – who lit it up in Buffalo. Diggs led the NFL in receiving yards (1535) in 2020. But Jefferson will do his damage for the next four years at a substantially-reduced pricetag comparatively to Diggs. Vikings enthusiasts can appreciate this distinction as Minnesota is seeking to pinch pennies annually during free agency. Jefferson-instead-of-Diggs allows general manager Rick Spielman to sign one or two more free agents this March. That is a big damn deal.

Barring an odd sophomore slump or injury, Jefferson is here to stay. And due to his flair, he is the new face of the Minnesota Vikings. Men like that are difficult to find inside of a draft – ask Laquon Treadwell.

Listen, if Kirk Cousins cannot be accepted as the sure-fire starter for the Vikings going forward because of folks’ “yeah buts,” perhaps football is not the sport for them to follow.

In 2020, Cousins tossed 35 touchdowns behind 4,265 passing yards. That production does not grow on trees. Only five quarterbacks in 2020 threw more touchdowns: Aaron Rodgers, Patrick Mahomes, Russell Wilson, Tom Brady, and Josh Allen. Four of those men were MVP candidates – one has won six Super Bowls. Why is Cousins still the “yeah but” quarterback among the group?

The man the Vikings drafted in 2014 with first-round capital – Teddy Bridgewater – connected on 15 touchdowns in 2020 in Carolina. With the Vikings 2020 defensive woes, Bridgewater’s hypothetical placement back in Minnesota would have netted the team a record closer to 2-14 or 3-13 record.

The Vikings remained afloat to the tune of a 7-9 record because of Kirk Cousins – not in spite of him. Bottom-five defenses do engender playoff prosperity. Lo and behold, the Vikings are not participating in the postseason – surprise, surprise.

The 7-9 campaign, while not ideal, showed signs of encouragement. Minnesota’s offense was ultra-efficient and the team’s standard-bearer. The rookie draft class with Cameron Dantzler, Jeff Gladney, Ezra Cleveland, D.J. Wonnum, Harrison Hand, and [of course] Jefferson seems like a homerun (for now).

And a topsy-turvy 16 games illuminated glaring, correctable weaknesses. Mike Zimmer cannot coach a team of career reservists and rookies to prosperity. That was wildly apparent. The Vikings skipper will need his core players relatively healthy to restore Minnesota’s defensive ferocity.

A young group of cornerbacks cannot thrive without a pass rush. The Vikings pass rush in 2020 was an embarrassment. With Hunter presumably back for 2021, the team must invest very high draft capital in a pass rusher or explore free agency for a player exhibiting that trait.

The offensive line is one or two guards away from gridiron civility. Possibly cutting ties with longtime players like Kyle Rudolph and Anthony Harris will slip money in Rick Spielman’s wallet to pursue reputable veteran guards.

The kicking monstrosity is back. The front office must refocus Dan Bailey or move on. That decision will pose far-reaching impact. Bailey arguably cost the Vikings a playoff berth with his antics versus Tampa Bay weeks ago.

That’s about “it.” Nurse prominent players back to health, find personnel to reestablish Zimmer’s notorious pass rush, insert guards that are not career back-ups, and finally solve the kicker question. It is a checklist that is easy to follow during the offseason. If the Vikings can do it, they can easily contend for the NFC North in eight months.