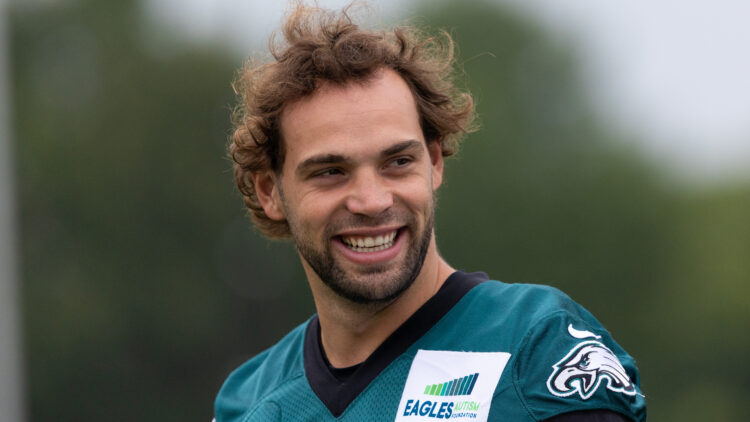 The Minnesota Vikings already finagled one trade in the last month, adding tight end Chris Herndon and a 2022 6th-Round pick from the New York Jets for the Vikings 2022 4th-Round draft selection.

Some Vikings loyalists perceived that price tag as too high, and in his first Vikings game last weekend, Herndon did not make an impact. But, of course, that was merely one game. The verdict is still out on the Herndon trade.

According to Bleacher Report, Minnesota may not be finished massaging general managers leaguewide for additional assets. On Saturday, Alex Kay of Bleacher Report predicted five trades that should happen by the end of October. The Vikings accounted for 40% of those ideas. 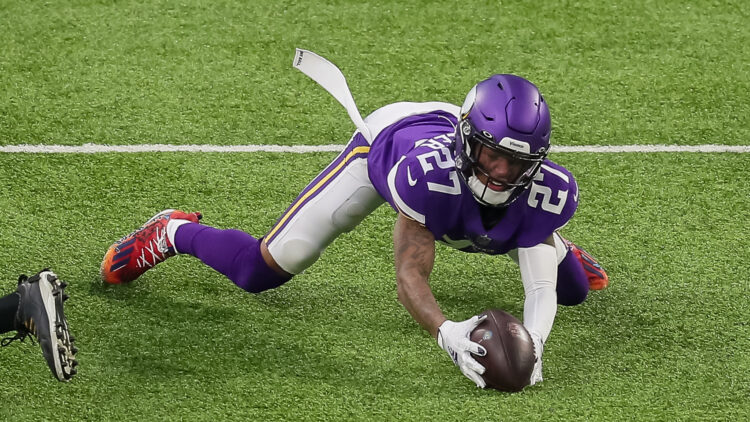 The second-year defensive back’s stock fell within the organization — for some reason or another — and now head coach Mike Zimmer is asking Dantzler to put his big-boy special teams pants on in order to see the field. It’s strange. Back in February, Dantzler was penciled on the tentative 2021 depth chart as CB1. Now, he’s the CB6. And, he didn’t even dress in Week 1 at the Cincinnati Bengals because the Vikings deactivated him for the matchup.

Taking note of that, Kay recommends a trade of Dantzler to the San Francisco 49ers for a 2022 4th-Round draft pick. Kay explained:

“The Athletic’s David Lombardi reported the 49ers also reached out to Minnesota brass regarding the availability of Cameron Dantzler, the team’s former starting cornerback. Dantzler was a healthy scratch in Minnesota’s overtime loss to the Bengals last week. The 2020 third-round pick seems to be in head coach Mike Zimmer’s doghouse following a rookie season in which he started 10 games and saw the field for 56 percent of Minnesota’s defensive snaps. Zimmer said he wants Dantzler to contribute on special teams after he played just eight snaps with the unit last season. It’s unknown if he is refusing to contribute on special teams or if something else is keeping him from pitching in. Even with Kirkpatrick on the roster, the Niners could benefit from another lengthy, athletic defensive back in their secondary.“

A trade of Dantzler to anywhere would be so mind-boggling because his stock after 2020 was so high. The man was trending as a top emergent cornerback in the NFL, evidenced by a lofty Pro Football Focus score of 70.9 in his rookie season. That ain’t nothing. The only saving grace — most Vikings fans would not consider this ideal — is the Vikings would reclaim the 4th-Rounder sent to the New York for Herndon.

For now, Dantzler is too good to give up on. Trading him — at least the version on display in November and December of 2020 — would be considered a stain on the front office’s resume.

Then, Kay continued with the Vikings trade theories. He floated another tight end trade, this time sending Philadelphia Eagles pass-catcher Dallas Goedert to Minnesota for a 3rd-Round pick in 2022. 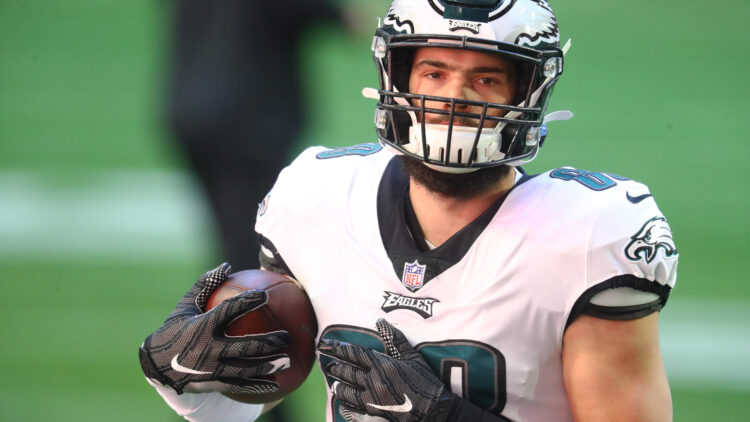 Here’s the rationale on that one:

“It wouldn’t be a shock for the Vikings to move for a proven playmaker, and Dallas Goedert could be the ideal target. The No. 49 pick in 2018, Goedert failed to garner an extension from the Eagles this offseason. He’s playing out the last year of his rookie deal, and Philadelphia was open to dealing him before the 2021 campaign. Matt Lombardo of FanSided reported that Minnesota discussed Goedert’s availability with Philadelphia, but the Vikings pulled the trigger on a Chris Herndon trade with the Jets instead. Herndon made little impact in Week 1—failing to catch either of his two targets—so the Vikings may want to reopen talks with Philadelphia brass.“

Goedert has accrued 13 touchdowns in just over three years since joining the NFL. He’s good for about 35 receiving yards per game inside the Eagles offense. The 26-year-old played football about four hours away from U.S. Bank Stadium at South Dakota State University, so Vikings fans would be familiar with his skillset more than most.

This trade is unlikely to transpire. If general manager Rick Spielman never sent the pick to the Jets for Herndon — maybe Goedert to Minnesota would possess believable legs. But because a 4th-Rounder was already exchanged for Herndon, this one is a longshot. The Vikings have the production on roster to create a facsimile of Goedert — their names are Tyler Conklin and Chris Herndon.

The Dantzler idea is one to monitor as something is rotten with his standing on the team. Zimmer famously loves his cornerbacks, making the trade of Dantzler — who is only 23 years old — unlikely. However, his departure from the team is more likely than Goedert’s addition.

Put simply, the Vikings aren’t going to trade their 2022 draft class away for two tight ends whose existence on the team will be questionable when Irv Smith Jr. returns in 2022.