11 Wins? 11 Losses? NFL.com Won’t Be Shocked by Vikings Either Way 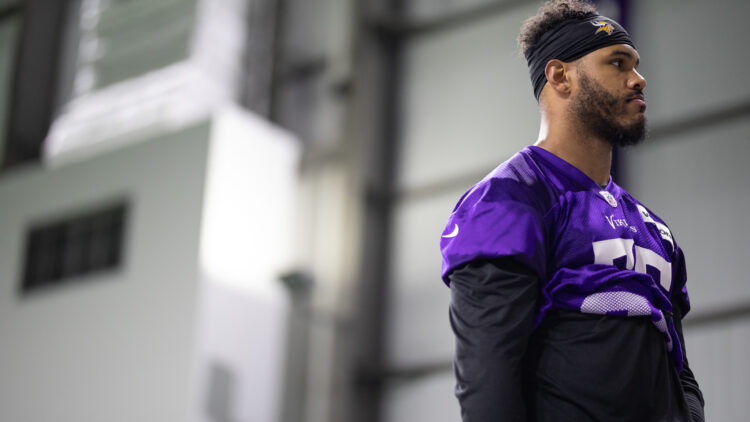 Get buckled up. Per NFL.com’s Gregg Rosenthal, the Minnesota Vikings could be among the NFL’s best in 2021 — or head coach Mike Zimmer’s bunch could end up with a Top 10 draft pick in 2022. If Rosenthal’s contradictory synopsis is close to the accuracy, the season could start wonderfully or miserably. That’s why seatbelt-fastening is in order.

In an analysis of the NFC North, Rosenthal said of the Vikings, “I see the Vikings as one of the highest variance teams in the NFL. Eleven wins wouldn’t be a shock; 11 losses wouldn’t either.”

Call it the Atlanta Falcons diagnosis. Seemingly every season during the Matt Ryan era, Atlanta may bust out of the gate with momentum to hit a 12-4 record, or the team might bumble to a 4-12 finish. Onlookers to Falcons football have experienced both in the last decade (or close to it).

Although not mentioned by Rosenthal, the Vikings own one of the league’s toughest schedules. Per 2020 wins and losses, Minnesota will face the fifth-most challenging slate of games in 2021.

Every team's strength of schedule for the biggest season ever! pic.twitter.com/jk7VqEKGj5

This may subconsciously lead Rosenthal to the “11 losses” chatter, but anything is possible once an NFL season commences. Schedules that once looked tricky often diminish in ferociousness after injuries inevitably ravage depth charts.

Rosenthal also isn’t thrilled with the WR3 outlook (even though it would be very weird for a WR3 to swing a win-loss forecast by five games as Rosenthal asserts), “It was weird that the Vikings waited until the fifth round to draft a receiver this year. In a league where most teams are trying to find four quality wideouts, the Vikings looked content with two. (Albeit two great ones.) This group screams out for a late addition, whether in free agency over the next couple months or during training camp.”

Minnesota has three WR3 modes to pursue for 2021. First, stick with incumbents like Bisi Johnson and Chad Beebe. That’s how the team has run things for a few years — scrape the barrel for WR3 productivity and hope for the best. Zimmer might also start rookie Ihmir Smith-Marsette from Iowa if he shows glimpses of competence in training camp. Or — general manager Rick Spielman can fulfill a prophecy an ink free-agent wide receiver, Dede Westbrook, for the depth chart. Larry Fitzgerald, Golden Tate, and Isaiah Ford are available. too.

Next, Rosenthal is spooked by the house-of-cards feel to the roster:

“I’m not sure what happened with this Vikings depth chart, which has a stars-and-scrubs feel. Suddenly it feels like almost every position group is vulnerable. A return to form for Danielle Hunter would cover up a lot of sins elsewhere. Giants import Dalvin Tomlinson can be a steady presence next to him, but this defensive line still doesn’t stand up to the high standard of the Mike Zimmer era.”

This concern is reasonable. For a decade, the Vikings employed Everson Griffen on the defensive line. When Danielle Hunter returns from his season-long 2020 injury this autumn, it will be the first time in his professional career that he plays an extended schedule of games — with no Griffen to be found anywhere. Minnesota’s RDE solution might just be a potpourri of Stephen Weatherly, D.J. Wonnum, Patrick Jones II, and Janarius Robinson. Those men could usher in defensive pandemonium, but that leaves a lot to chance in a pivotal year for the Vikings leadership. A sensible plan — post-June 1 when the team has about $15 million in cap space — is to explore a relationship at RDE with Melvin Ingram or Justin Houston. Either man would put to rest the “will there be enough pass rush” whispers.

On the other side of the trenches, Minnesota has its best opportunity in a decade to field an effective offensive line. Rosenthal considers the group “boom or bust” as the projected starting fivesome is largely unproven. From left to right, Spielman has manufactured an offensive line from the NFL draft — homegrown commodities. Those men are (LT) Christian Darrisaw, (LG) Ezra Cleveland, (C) Garrett Bradbury, (RG) Wyatt Davis, and (RT) Brian O’Neill.

Zimmer and Spielman must pray the win total for 2021 is closer to 11 wins than 11 losses. The Vikings have invested seven seasons in Zimmer — and vice versa for Zimmer’s investment into the team — so a judgment day of sorts looms for 2021. The 64-year-old Vikings skipper likely needs to win a playoff game to continue the Zimmer experiment into 20222.

Otherwise, we’ll be writing about The Mond Era around this time next year.