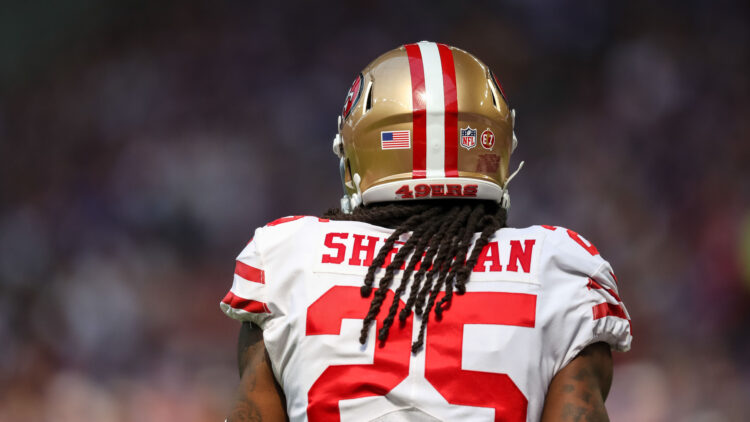 There are still some big names available in free agency that could help the Vikings in one way or another going into the new season. On offense, the Vikings are pretty set but a solid wide receiver 3 that can come in and give instant production would be a very welcomed addition to the roster. Most fans, however, will agree that if there will be any reinforcements still to come in it would be on the defensive side of the ball. The Vikings have done an incredible job in free agency making sure their defense is never as exposed again.

There are still some very interesting options available on defense. Edge rushers Melvin Ingram and Justin Houston spring to mind. An edge rusher that can play opposite to Danielle Hunter and cause disruption would be feel like the final piece to recreating that potent defense the Vikings had in 2017 on their way to the NFC title game.

However, a name floating around [still] is Richard Sherman. The Vikings have already spent a lot of capital on defensive backs and have even added veteran leadership with Patrick Peterson at the position. But you can never have too many veterans when you are a team with championship aspirations.

In 2019, Richard Sherman had a sensation pro bowl season. Many had written him off after a series of injuries and assumed he was past his best and wouldn’t offer much to a new team. Last season Sherman only played 5 games again missing the rest of the season due to injury. This could be and probably is the main reason he is still a free agent this close to the new season. Combining his age and track record with regards to injuries it is easy to see why a player of his pedigree is still without a team.

Sherman is one of the few players in the league that would add value to your team even if he doesn’t play a single snap. His experience and bright mind will go far in being one of the final pieces in a championship team. Sherman would give Zimmer huge support not only on the field when he is healthy but off the field mentoring the younger guys as well as scouting reports. Besides, how many teams can say they have 2 of the best cornerbacks of this generation on their team?

At this stage of his career, your intention when signing Richard Sherman won’t be for him to come in and lock down his side of the field as he has done so well throughout his career. Although he has proven us all wrong before when he bet on himself before signing for San Francisco, maybe he can still be a valuable contributor on the field.

In a recent interview Sherman said, “I want to go a team that is competing for a championship, so that is what I am focused on and waiting for the right opportunity, when it comes that’s where I’ll be.” The Vikings would be perfect for Sherman, should they decide to make an offer. A team that is making a serious push this year and a team that has the cap flexibility to make a move. A move to Minnesota could be in the best interest of all parties involved. On one hand, the player gets another opportunity and joins a contender and on the other, the team continues to add experience and leadership to the roster.

Ultimately, I don’t think this happens simply because the Vikings have more pressing issues should they choose to add to their roster. The Vikings have already added 4 new cornerbacks and it is unlikely that they add another but Richard Sherman would do well in Minnesota and could have serious value in more ways than one.