What the Heck Went Wrong for the Vikings? 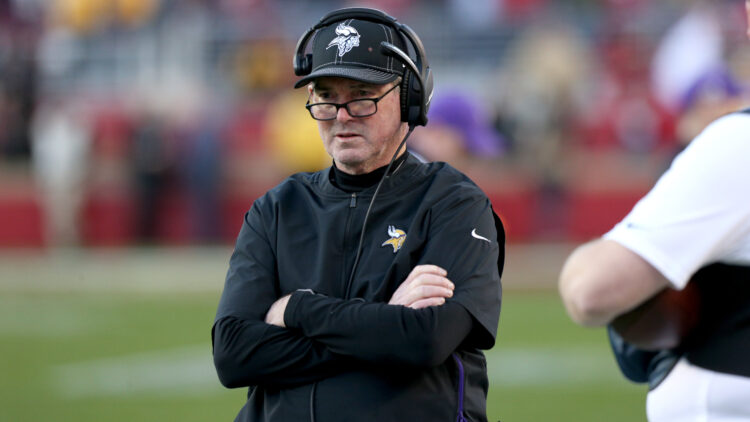 Going into Week 17 of the 2021 season the Minnesota Vikings are 7-8. With a very minimal shot at making the post-season, this should be the end of the Mike Zimmer era of the Vikings, as back-to-back losing seasons stare the franchise in the face.

Mike Zimmer took over a franchise that was in ruins after the Childress and Frazier eras and brought stability and relevance back to the team. Since Randy Moss was traded in 2005, the Vikings slowly descended into chaos with no clear hope for the future.

The Vikings went all-in with Brett Farve in 2009 and lost the NFC Championship. The Vikings followed it up by placing last in the division in 2010, 2011, and 2013 with only an Adrian Peterson MVP Season leading them to a playoff berth in 2012.

Mike Zimmer took over in 2014 and immediately changed the course of the franchise. He took a defense that was last in 2013 and brought them to the 11th best defense in 2014. He won the division twice in 2015 and 2017, culminating in an NFC Championship loss to the Eagles. However, since then things haven’t been great. However, the Vikings are about to miss the playoffs for the third time in four years.

It’s time to ask what went wrong for the Vikings? There is no one clear answer, but instead, a culmination of many different things, that have caused the Vikings to need a new change in leadership.

The Vikings entered the 2018 offseason with the mindset that they were a quarterback away from creating a legitimate contender. The Vikings went out and gave Kirk Cousins a fully guaranteed contract. It also made him the highest-paid quarterback in the league at that time. They brought him in to bring stability to a position the Vikings haven’t had in decades. They also expected him to lead them to post-season success.

The Vikings under Cousins have not had that. Cousins has been a good quarterback for the majority of his time here. He has also repeatedly shown that he is unable to elevate the team when it matters. He repeatedly breaks down whenever the Vikings need him to, whether it’s a must-win game, or on a crucial down. Just take a look at the 2021 season.

The Vikings beat the Chargers and Packers after some pretty good performances by Cousins to crawl back to 5-5. They were back into the thick of the playoff race with a pretty crucial stretch of games to follow. Since then, this is what he’s done via EPA/play.

That averages out to a -0.028 EPA/play over arguably the most important stretch of the season, and possibly his career. For reference, this would put him between Trevor Siemian and Taysom Hill over the course of a full season. The Vikings have looked pathetic during this stretch as well. They got bullied on both sides of the ball against two playoff-caliber opponents. And they lost to the at-the-time winless Lions. Their wins weren’t much better. They nearly blew a 29-0 lead against the Steelers. They beat the Bears only because the Bears’ looked even more putrid.

Yes, there have been games where the only reason we have had a shot to win was because of Cousins. Yes, the supporting cast around him hasn’t been great. But at the end of the day, if you’re paying a guy top-tier quarterback money, you have to expect him to be consistently good. Not to repeatedly fall short when the pressure is at the highest. You have to expect a quarterback making that much money to elevate a team.

Throughout his time with the Vikings, he’s had offensive skill position studs such as Stefon Diggs, Adam Thielen, Justin Jefferson, Kyle Rudolph, and Dalvin Cook. Yes, the offensive line has been a mess in pass blocking for the majority of his time here, but when you’re being paid this much money you can’t expect everything to be perfect around you.

Zimmer for the majority of his time in Minnesota has been great. He built the Vikings into a legitimate contender when they were in ruins. His defenses during the first six years of his tenure were consistently great. From 2014-19 his defense was #1 in EPA/play over the entire league, which is an incredible feat. His 3rd down packages have continuously befuddled quarterbacks and led to the Vikings having the best 3rd down defense nearly every year.

Since then, however, things have not been good. 2020 was a weird year with injuries and a lot of turnover from an aging 2019 defense, and factor in Covid, it’s probably fair to give him a pass. However, in 2021 the defense has been mostly healthy, had the personnel that Zimmer wanted, such as Patrick Peterson, and the results have been woeful. And a lot of that is on Zimmer’s playcalling. In arguably the two worst losses of the year,

Zimmer faced Cooper Rush and Jared Goff at quarterback. Zimmer refused to call blitzes or simulate pressure in ways that could confuse bad quarterbacks. He called the defense as if he was scared of Rush and Goff being able to beat the Vikings. And they got punished.

And we don’t even have to get into the two-minute defenses. The Vikings have been a disaster in situational defense scenarios all year, and the two-minute drills are the most telling. Going back to the Lions game, in the final two minutes the Vikings DBs played in super off coverage allowing completions hoping to run down the clock. And it almost worked. The Lions were down to 4th and 2 with 0:02 left in the game and Zimmer calls a timeout to make sure the defense is in the right formation. We all know what happened next.

Cam Dantzler plays off coverage in a scenario where the Lions need a touchdown, and lets Amon-Ra St.Brown just walk into the endzone uncontested for the game-winner. Dantzler deserves blame for giving that up, but Zimmer’s coaching is also a large part of the lack of situational awareness Dantzler had on that play. The defense has been soft all year, and that’s on Zimmer.

Zimmer throughout his tenure has also been pretty mediocre as a game manager. From ill-advised challenges to horrendous timeout usage, these have been valid criticisms of Zimmer throughout the years. He’s gotten better at aggressiveness on 4th downs recently, but for a long time that was another problem. While these were critiques you could look over when he was repeatedly scheming and calling elite defenses, they now get magnified when things are going south.

Rick Spielman took over as General Manager in 2012. And for the most part, he’s been an above-average GM. However, he’s not blameless about where the Vikings are now. The Viking’s offensive line has been a disaster for the majority of his tenure. Whether it was bad drafting or bad free agent signings, Spielman has continuously failed to build at least an average line. Ironically, he might be leaving the Vikings with a line that has promise, as draft picks of Brian O’Neil, Ezra Cleveland, and Christian Darrisaw since 2018 are showing a lot of promise.

Spielman also has a large part to blame for the Vikings’ struggles post-2017. A series of bad drafts from 2016-2018 has led to a roster that’s old and lacks much depth. Much of the Vikings’ success from 2015-19 was in large part due to a 2015 draft class that included Stefon Diggs, Eric Kendricks, and Danielle Hunter. Add in a solid cornerback in Trey Waynes, and the Vikings had found the core of their team in one draft. However, the next few years were almost as abysmal of drafts as you can get.

In three years, the Vikings only drafted 2 pro-bowl level players in Dalvin Cook and Brian O’Neil. And only Mackensie Alexander and Tyler Conklin were decent starting-caliber players. The Vikings during this stretch also traded their 2017 1st round pick for Sam Bradford. A series of drafts like that is how a football team can get old and bad in a blink of an eye.

There have also been a couple of other questionable, and almost panic-level, trades. In 2021 after learning that TE Irv Smith Jr would be out for the year, Spielman traded a 4th round pick for Chris Herndon, who’s been a nonfactor. In 2020, after news of Danielle Hunter’s season-ending injury, the Vikings traded a 2nd round pick for Yannick Ngakoue. Only to trade him to the Ravens for a 3rd round pick after Week 6. And then there was the Bradford trade after Teddy Bridgewater’s knee injury.

However, Spielman’s worst move as GM was after the 2019 season. The Vikings had completed two years of the original Kirk Cousins deal with mixed results. But after an upset win over the Saints in the playoffs, Spielman decided that the Kirk Cousins contract was making it hard to create a competitive roster. And extended him with an arguably worse contract. 2 years 66 million dollars of an extension, once again fully guaranteed, and a 45 million dollar cap hit in 2022. Sure, the extension might have given the Vikings cap relief in 2020, but they’re paying the price for it now. And that’s inexcusable.

The Viking’s struggles over the last two seasons boil down to one thing. The leadership after the 2019 season had too much hubris in their perception of the team. They saw a team that had just won a playoff game and thought that all it needed was a bit of retooling and they would be set. Kirk Cousins got extended in the name of continuity. They hired Klint Kubiak as offensive coordinator in 2021 in the name of continuity. Without even interviewing other candidates, they decided that a coordinator with no experience would be alright because his dad was the guy who retired to open up the spot. Zimmer thought he could lose his three starting cornerbacks, replace them with rookies and produce the same results. Spielman arrogantly believed the 2020 team only struggled because of injuries and used the 2021 draft to draft mostly projects and depth players.

The Mike Zimmer era has largely been good for the Vikings. He built a winning culture on a team that desperately needed it. He has been one of the better coaches in the league and is still an elite defensive mind. Spielman has been a good general manager for the Vikings. He took advantage of the value in the draft and used it to build a competitive roster. Cousins has been an above-average quarterback for his entire tenure with the Vikings. He’s won memorable games such as the 2019 Broncos comeback and the overtime drive against the Saints. Yet, his contract is too expensive, and he can’t elevate bad surroundings. And it’s time for a fresh start. None of them should be on the Vikings in 2022. The current iteration of the Vikings is going nowhere, and as such, we need to clean house.