The Vikings are Interviewing Tyke Tolbert, but Lil’Kub Still the OC Favorite 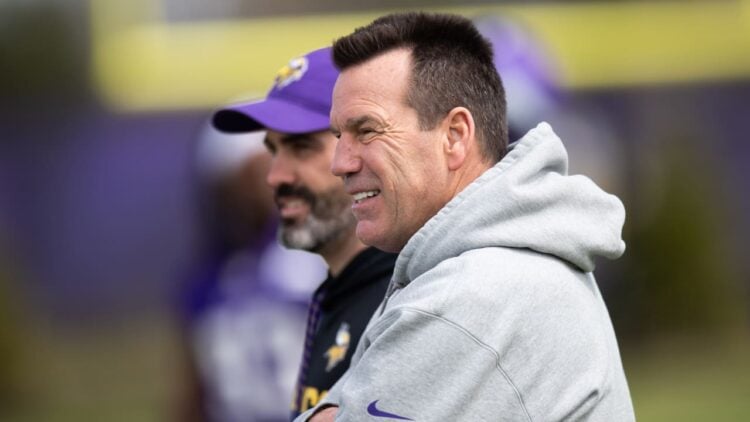 I’ve said it before, I’ll say it again: the vacant offensive coordinator job is likely going to Lil’Kub (a.k.a. Klint Kubiak). Nevertheless, the Minnesota Vikings are going to do their due diligence, and that means interviewing Tyke Tolbert for the open position.

Tolbert is currently the receivers coach for the New York Giants. This means that he has been involved with developing some young talent in NY, such as Sterling Shepard and Darius Slayton. He also has a background with the Gary Kubiak system. As PFT notes, “He was the Broncos’ wide receivers coach from 2011-2017, working under former Vikings offensive coordinator Gary Kubiak when Denver won Super Bowl 50.”

The connection makes some sense. Tolbert has a ton of experience in the system and has worked with some great players. Even still, the safe money is on an internal hire. Keep in mind that Minneosta has done well when they’ve hired internally – Shurmur, Stefanski, and Kubiak – and done poorly when hiring from the outside – Turner and DeFilippo.

We should also remember that Minnesota recently interviewed New York’s assistant DB coach for the vacant special teams coordinator role. What happened, you ask? Minnesota promoted from within, hiring Ryan Finken to take on the job.

Mike Zimmer needs to do his due diligence. That means considering various options for the job. It’s entirely possible that Tolbert ends up being the right person for the job, but don’t be surprised if it ends up going to Lil’Kub. It’s so important that the next OC has a good relationship with Kirk Cousins and is able to help him continue elevating his game. The current QB coach may end up being the perfect fit here.