The Case for Keeping Anthony Harris 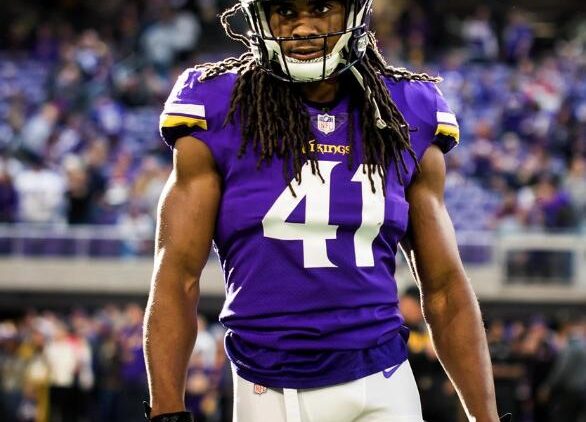 Last offseason, the assumption from many (including your humble author) was that Anthony Harris would no longer be a member of the Minnesota Vikings. Surprisingly, the Vikings chose to apply the franchise tag to their free safety, thus preserving the star Harrison Smith – Harris tandem. Their logic made sense; the Vikings were navigating tons of turnover at corner, so having two elite options at safety would help with the transition.

As we begin this year’s offseason, we find ourselves in a familiar position. The assumption among most fans and writers is that Harris will be wearing a new uniform in 2021. Are we falling into the same trap as last year?

Let’s begin with the case against Harris. Minnesota – even with some increased financial wiggle room – is in a tricky spot financially. Recently, Vikings Territory‘s Sean Borman offered TVG some great insight about Minnesota’s financial situation, providing some reason for optimism. That being said, can the Vikings really justify prioritizing Harris? They already have an excellent safety in Smith, one who is also making big money in the latter stages of his career. Moreover, Harris had a down year in 2020. Why bring him back?

No one really talked about it, but this tackle by Anthony Harris was huge. Texans are at the 1-inch line about to tie it and Harris stonewalls David Johnson. No surprise he has the top tackling grade on the #Vikings defense. pic.twitter.com/HqqrXExLQK

Well, there are a few reasons. The issues that Minnesota navigated last offseason are still with them. The corners are still young, and they would still benefit from getting plenty of help from elite safeties. Admittedly, the situation feels a little less dire since we know that Cameron Dantzler is already an above average corner, and Jeff Gladney showed tons of promise. Even still, we shouldn’t be too quick to assume we’re all set at corner.

While I readily admit that Harris had a down year, we shouldn’t forget that many Vikings find themselves on this list. One rough season (relatively speaking; he was still PFF‘s 38th ranked safety) doesn’t nullify the multiple years of elite play, as Arif Hasan similarly argues.

The free agent market for safeties is flooded with talent:

As the above list shows, there are a ton of safeties available in free agency. Again, we could take this simple fact and go in different directions. Some will look at the list and conclude that the abundance of options means we ought to let Harris go since we can find a replacement. There is some merit to this opinion. Spotrac estimates that Harris will demand a contract worth more than $14 million per season. If they are right, Harris won’t be a Viking.

The @Vikings force another turnover!

Anthony Harris with the interception 🙌 #Skol

However, another way we can understand the abundance of safety talent is that it may further drive Harris’ asking price down, thus making him a financially feasible option. The down year and all the FA safety options make it hard to envision Harris actually getting that $14 million. What are the chances he instead accepts a one-year, prove-it deal? Doing so would allow him to show that he is still an elite player. He could then hit next season’s free agency in what will (hopefully) be a better time for players to sign big contracts.

Financial feasibility for a player who has a history of elite play in this defense. The Vikings ought to be very interested in this option if it’s available.

Beyond death, taxes, and the undying love of a good dog, there are very few things that are guaranteed in life. It’s far from a guarantee that the Minnesota Vikings will be able to bring back Anthony Harris. In fact, the likeliest scenario is still that he will be playing for a new team next season. Nevertheless, we must remember that we’ve been here before; the result was Harris coming back to patrol the defensive backfield in Minnesota. Don’t be surprised if the Vikings pursue a similar path.