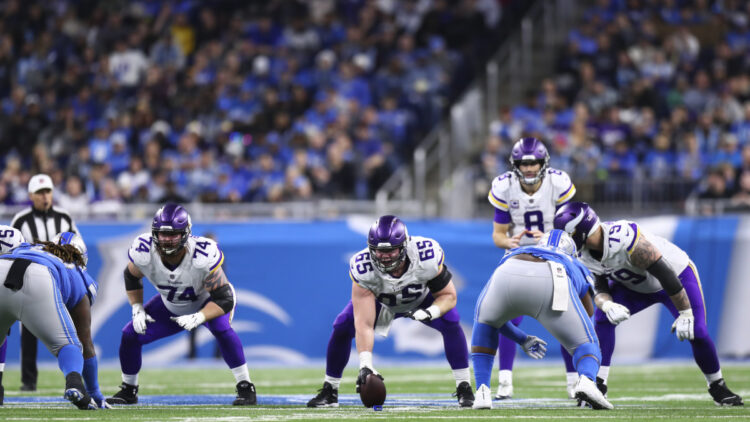 Pro Football Focus – a.k.a. PFF – put together a starting lineup prediction for every NFL team, which certainly includes our Minnesota Vikings. For the most part, I think PFF‘s analytics folks did a really nice job, but allow me to offer a few counterpoints.

Let’s begin on offense. Up front, PFF has our Vikings with an offensive line (from LT to RT) of Christian Darrisaw, Ezra Cleveland, Garrett Bradbury, Wyatt Davis, and Brian O’Neill. If I were putting down money today, this is the front-five I’d choose as well. Justin Jefferson, Adam Thielen, Dalvin Cook, Kirk Cousins, and Irv Smith are also listed as starters. It’s hard to disagree with any of these names.

Where I’d press against PFF’s guess for the Minnesota Vikings starting lineup rests in their prediction for who gets that final skill position. They have Minnesota in eleven personnel, which is unlikely to be their base offense. The safe money rests on a second tight end rather than a third wide receiver. Even if eleven personnel ends up being their base package, I’m not convinced that Bisi Johnson is Minnesota’s WR3. I’ve previously explained my affinity for Chad Beebe, and Vikings Territory’s Joe Johnson just wrote about Ihmir Smith-Marsette’s upside.

On defense, I have a couple quibbles. Let’s start up front.

I really like Stephen Weatherly. In fact, I think he’ll make the final roster. That being said, I’m not quite ready to anoint him the starter. D.J. Wonnum had flashes of excellence during his rookie season, and Minnesota added Patrick Jones and Janarius Robinson in the draft. Moreover, we shouldn’t forget Jalyn Holmes and Hercules Mata’afa. The Vikings are throwing a lot of players at DE in the hopes that at least one or two can develop into a quality player opposite Danielle Hunter.

Otherwise, the only other issue I could foresee rests at safety.

Harrison Smith is locked-in at one starter spot; he is an all-time Vikings great and future Hall of Famer, so there’s no debating this one. PFF puts Xavier Woods beside him, a guess that makes a lot of sense. Woods has been a solid player in the NFL, one who has some good versatility. I wouldn’t be surprised, though, if Zim tries to get four corners on the field with one safety. It also isn’t impossible that Camryn Bynum impresses early.

In the not-too-distant future, we’re going to be doing a position-by-position breakdown on The Vikings Gazette of the Vikings’ roster to predict who will make it and who won’t. In other words, stay tuned. The roster competitions are just starting to get going.