Since Griffen opted out of his contract in 2020, we’ve seen him saying that he wants to be back. Last week it happened again, according to Paul Allen. Although Griffen is arguably one of the best DE to wear purple and gold, he would probably bring more cons than pros. Let’s start with the pros.

First of all, we’re talking about someone who knows the system inside out. He played six years under Zimmer and knows exactly what both Zim and Andre Patterson want. Although he’s turning 34 at the end of the year, Griffen still has some gas in the tank. He racked 6.0 sacks, 14 QB hits, and 7 TFL while playing roughly 25% of the snaps.

He and Hunter can do wonders on the improvement of second-year DJ Wonnum and rookies Patrick Jones and Janarius Robinson. Griffen is still a very loved guy by many players and coaches in the locker room and has the kind of leadership that it’s hard to find.

Well, the first one is that he’s turning 34. At the twilight of his career, we don’t know when he’ll start to steeply decline. We also don’t know if his presence is going to take snaps from Wonnum, Jones, and Robinson, a group from which we expect one starter. Maybe his return could mean that one of those three is going to the practice squad. If he’s coming to battle with Stephen Weatherly, then it’s another story, and I personally believe Griffen can offer more both on and off the field than Weatherly.

The biggest con, though, is how things will be with Kirk Cousins. For those who don’t remember, in January Griffen said that Kirk is trash and Zimmer never wanted him. At the time, he was already saying that he wanted to be back. Although it happened six months ago, it’s fair to assume things may be weird between him, Cousins, and Zimmer.

Just remembering everyone that this is my opinion, and feel free to comment yours. To me, it would depend on both his contract and his role. If he really wants to be back, he won’t ask for much money. A dream scenario would be a little more than a vet minimum, maybe a little more, and Griffen replacing Weatherly, not a young DE.

Another thing important to keep in mind. Next year Cousins’s cap hit is $45M, the Vikings need to extend O’Neill, Smith, and probably will make Hunter one of the highest-payed EDGEs in the NFL. The NFL and the NFLPA set a ceiling of $208.2M. Assuming that’s the next year’s cap, only Cousin’s contract would take 21.6%. If the Vikings don’t use the $14M they have now, they can have up to $222M to spend next year, an extra money that would really come in handy. 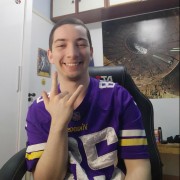 Who’s Next on the Free Agent List for Vikings?

excuse me,last year it was the defense

I don’t think we can trust Wonnum, Jones or Robinson to consistently get pressure even in a rotational role, let alone to start. A rotation of Weatherly and Griffen makes the most sense to me, with the former moving inside on at least some passing downs, depending on how much they really use Tomlinson to rush the passer. Let the three kids sit and learn on the bench, and play special teams. I’d carry six DE’s if I had to, and we can afford to pay Griffen the same $2.5 million we’re paying Weatherly.

We could have avoided this whole question if we had just RFA tendered Ifeadi Odenigbo along with signing Weatherly, by the way.

Griffen should give Dallas a try, if they even want him. Maybe a 1 year mini deal. He could start a few games whenever someone is hurting. If not Seattle would give him a try. He has options. But the Vikings wont advance in playoffs in 2021 so why bother.?

The Vikes will for sure make the playoffs. They’ll lose in the divisional round than Kirk and Zim will leave and Mond and PJ Fleck will win us a super bowl! We need to sign Justin Houston though. And Larry.

Honestly I really like the idea of Griffen coming back for the right price (vet min) He definitely has value to offer based on his previous leadership roles so the potential for him to add pass rush value during the season is just a bonus. The biggest issue is roster space. Personally, I really like Weatherly so adding Griffen impacts the snaps from some of the young and upcoming DE that I think deserve reps. If Zim has a way to incorporate them then I’m all in but I want these young kids to have a chance. I’m also not that concerned with the tweets about Kirk, they’re professionals, this is their job, they can make things work

Bring back the EV. I love this guy and hes still a physical freak. I just dont know if there is a roster spot for him anymore after the draft and all that but, he is a force to be reckon with even at 34. This team is ready to go compete

0
Reply
Check Also
Close
Countdown to the 2020 Season
Week 1 of the NFL season BeginsSep 10, 2020
Hooray! The Season has Begun!