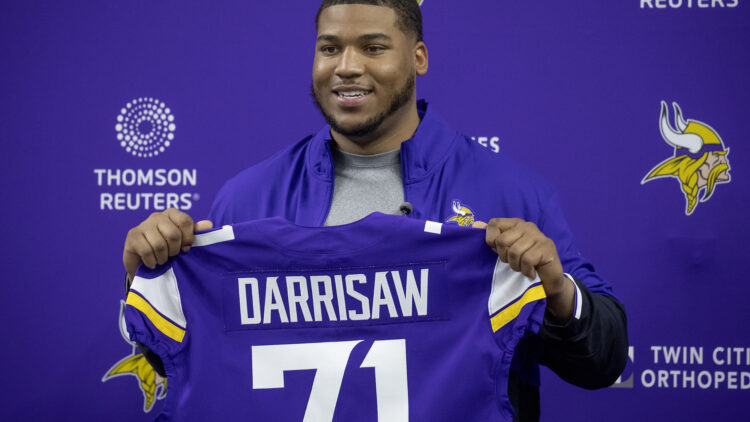 Contrary to the tone of the latest speculation on Christian Darrisaw, Darren Wolfson of KSTP said on his podcast that Darrisaw is “progressing nicely. It’s when, not if. He WILL get on the field at some point this year. I’m positive of that… The Vikings are going to transition to Darrisaw at some point.”

Keep an eye on the injury report to see when he’s able to participate fully in practice. The Vikings’ first-round pick barely saw the field in training camp but when he’s able to get into game-shape and ultimately take over at left tackle, Darrisaw has the potential to make the offensive line considerably better.