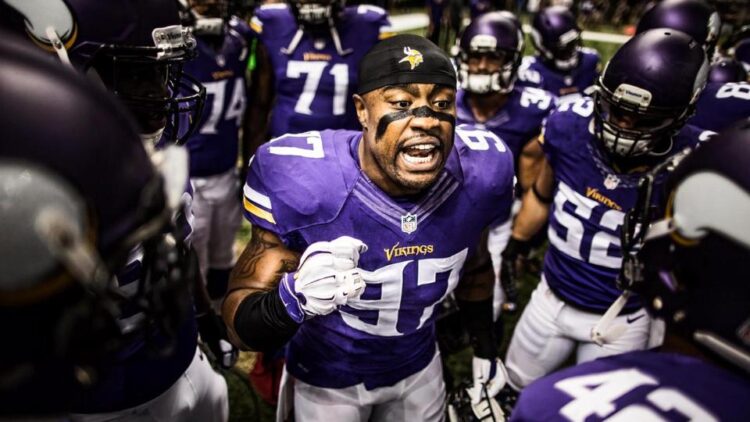 I had a teacher growing up that had a saying, “Save the drama for your Mama”. I don’t want to hear anything about Kirk Cousins’s feelings. They are both adults and professionals. That will get solved behind closed doors, and the team will get back to work. With that out of the way, let’s talk for a moment about some of the benefits both schematically and in the locker room that Mr. Griffen will bring with him during this stint in the Twin Cities.

Zimmer said during his press conference today that Griffen will be a “situational player” at 33 this is no surprise. The best way to maximize what he brings to the table is by limiting his snap count. What makes me the most excited is the return of the NASCAR package we saw on third downs against the Saints in the playoff win in 2019. Kicking him inside and rushing Wonnnum, Hunter, Griffen, and a mix of either Sheldon or Weatherly has to get Zim excited. The value of this transaction will be evident for a defense that so badly needed a pass rush last year. With the improvements we have seen in the secondary I trust those units will greatly complement one another.

Griffen has been loved by teammates for as long as we can all remember. It was evident by the smile and handshake we saw from Hunter as Griffen appeared on the practice field that he is happy to be reunited with his former teammate and mentor. Griffen was also seen working with Wonnum on technique and ways to use leverage. This is the kind of thing that will pay dividends this season as the DE room gets younger with the additions of Patrick Jones and a blossoming Wonnum.

Last year, it was clear this team was missing something. 2020 was the year from hell, every team has one. Injuries were everywhere, teams weren’t able to bond as they normally would. No fans. I know you get it, you lived it too. Beyond all that, the team didn’t have a dog. There was no emotion, the defense looked listless drive after drive. We needed a spark, and I believe this was another reason Spielman and company made the decision to bring Griffen back. I for one am excited to see it. His smile and reaction to the Miracle in 17 will always be remembered fondly by Vikes fans everywhere.

I, for one, am excited to have him back. This is the kind of low-risk high-reward plays that smart teams make. It gives Zimmer and Patterson another weapon to scheme against opposing offenses. The offense has looked pretty vanilla in the preseason (Seriously guys stop freaking out about it it is the preseason) but we all fully expect them to return to top 10 form this year. The future is bright in Minnesota.