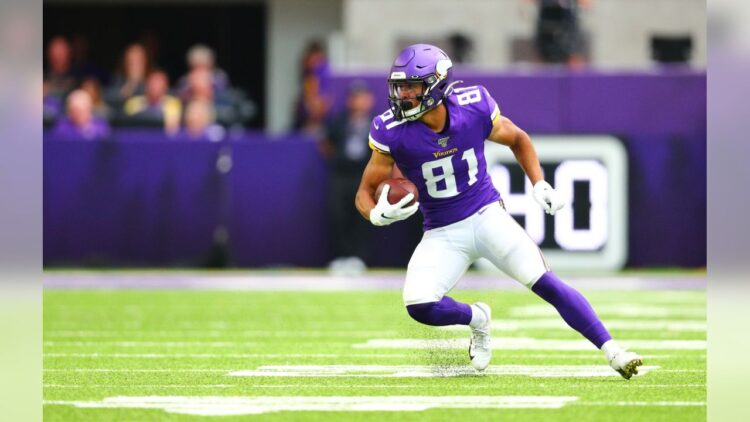 The Minnesota Vikings are looking for an answer at their third wide receiver spot. The Vikings haven’t really had a reliable target at that spot since Jarius Wright. All that they need is a reliable target who can move the sticks on third down. The team is set at the first two spots with Justin Jefferson and Adam Thielen holding down the other spots out wide. Another weapon in the wide receiving core would do wonders for an offense that is already loaded with talent.

Let’s take a look at the options: 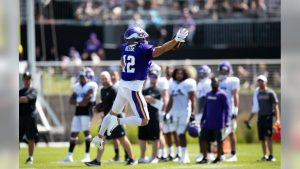 Chad Beebe is an interesting player at this position. The organization seems to like him quite a bit, while fans are wanting a more explosive option at the position. Beebe did make some splashes at certain times last season, but he was far too inconsistent. The Northern Illinois alum only had 20 catches last season, and was pretty much invisible in games other than the Carolina match up. Unless another player steps up in training camp, Beebe could be your third wide receiver entering the season. 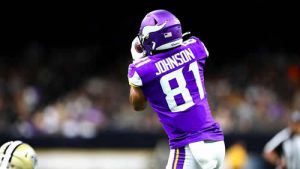 Johnson had a very successful rookie season for a 7th rounder in 2019, and then last season he took a sizable drop off. Bisi had many drops, missed blocks, and never really got out of Zimmer’s dog house. If Johnson can somehow have a good off-season and preseason, he could maybe make his way back into the WR3 competition. 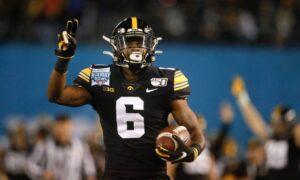 Smith-Marsette is the most intriguing prospect of them all. The rookie out of Iowa needs to put on some strength and weight, but he has rockets attached to his ankles. The guy can absolutely fly down the field, and is a very dangerous deep threat. Smith-Marsette would give the Vikings something they haven’t had at the third spot in the lineup in awhile, and that is blazing speed. Let’s hope Ihmir is ready to make an immediate impact on the field. The Iowa alum played with mediocre quarterbacks during his whole collegiate career, and was not used properly most of the time. This offense in Minnesota is a match made in heaven for the speedster.

If I had to guess, the Vikings will roll with Chad Beebe as the third wide receiver at the beginning of the year, but watch out for Smith-Marsette, who I think the coaching staff will fall in love with very quickly. Bisi Johnson may be the odd man out for now. The former 7th round pick may not have enough quality traits to beat out Smith-Marsette and his lightning quick speed. In the end, the rookie wide receiver out of Iowa just brings too much to the table for the Vikings to ignore.